A Lone Wolf bikie who was rescued from alleged torture for ransom wearing nothing but his underpants has begged a judge to put him back behind bars.

Dillan Mancuso, 37, appeared at the District Court of WA on Tuesday, and asked to have his bail revoked ahead of his sentencing.

He pleaded guilty to once count of dealing with the proceeds of crime after Australian Federal Police seized $1 million in cash and three luxury cars worth more than $100,000.

Former Lone Wolf bikie Dillan Mancuso, 37, (pictured) has asked to have his bail revoked on Tuesday ahead of his sentencing in February 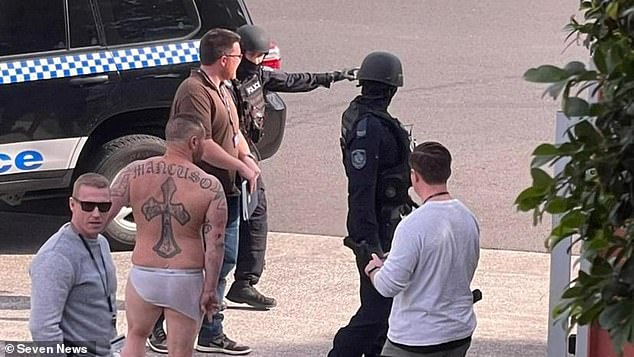 The 37-year-old was released on strict bail conditions since November last year but was remanded in custody after his court appearance.

His request to have his bail revoked is understood to be in anticipation of his upcoming sentencing, scheduled for February next year, where he could be facing a lengthy jail term, according to The West Australian.

In June, Mancuso was rescued from a burning factory in Revesby, in Sydney’s south west, where he was allegedly held for ransom.

Investigators allege a group of men – one armed with a gun – forced their way into a home in Bringelly where they confronted Mancuso, and his 61-year-old dad, Joe.

The gang allegedly bashed his father before bundling Mancuso into a waiting vehicle outside the Jersey Road home.

Police set up a perimeter around the warehouse and negotiated with the alleged kidnappers to release Mancuso, who was allegedly being held for a $2 million ransom, into police custody.

Footage of the aftermath shows the heavily tattooed former Lone Wolf bikie perched on the back of a police vehicle wearing nothing but a pair of briefs.

He was taken to hospital with non-life-threatening injuries to his head, ribs, and face. 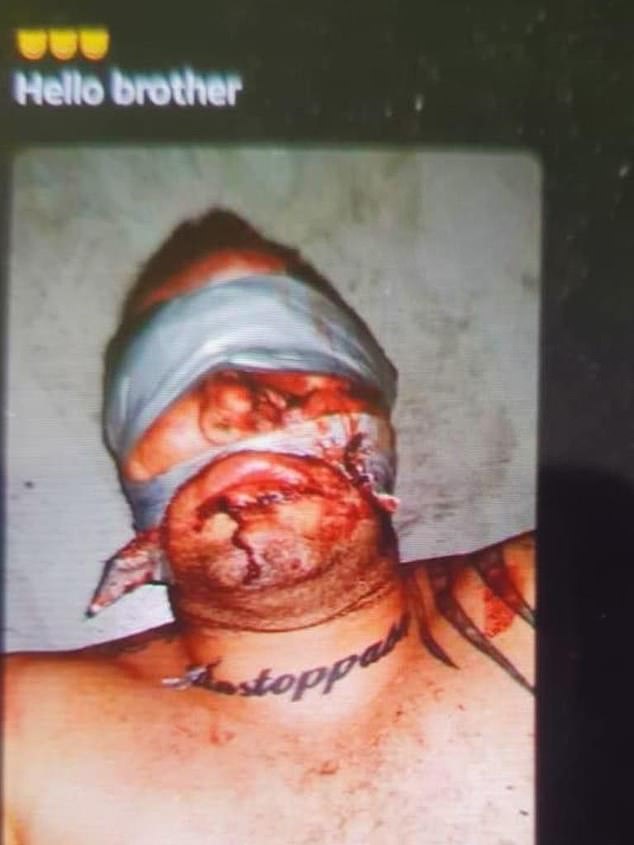 His father suffered only minor injuries.

NSW Police alleged the Revesby warehouse was then set on fire before eight men – aged between 16 and 37 – were arrested by tactical officers.

Another three men – aged 30, 28 and 27 – were captured after arriving in a vehicle at the warehouse during the police operation.

Fire and Rescue NSW was called to the scene to extinguish the blaze.

The men were taken to Liverpool and Bankstown police stations, where charges were laid.

After Mancuso was extradited back to Perth following his foiled abduction, photos of his bloodied face emerged via the encrypted app ANOM.

The app, which was created and spread through the criminal underworld by police to record secret communications, was allegedly used by kidnappers to extort ransom money from Mr Mancuso’s loved ones.