A 43-year-old former model accused of killing a man he met on gay dating app Jack’d last year looked worse for wear as he appeared in a New York’s Brooklyn Criminal Court Tuesday.

David Keegan Riotto Haigh was a shadow of his former self as he sat at a hearing in New York facing second-degree murder charges for killing James Koron Johnson, 41, on April 9, 2017.

Wearing an old beige sweater and pants with spectacles, Haigh still sported his usual facial hair from his modeling and acting days but instead of straightening his locks, they’re in a much longer scruffy mop of curls. 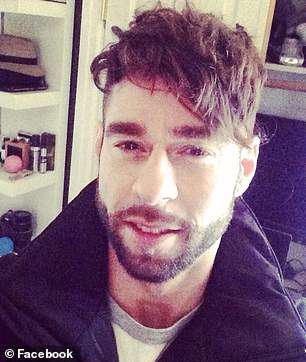 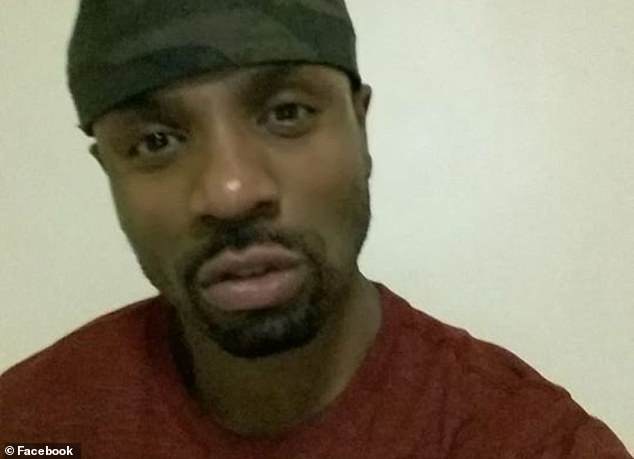 Held in handcuffs and led by law enforcement to answer for his crime of stabbing date in self-defense the defendant has been held behind bars ever since the day after the incident.

The DA has requested he have a mental evaluation.

He appeared in front of a judge in Brooklyn’s Mental Health Court asking for a colonoscopy and complaining of not being fed enough while he was held at the Rikers Island facility.

While the judge considers the request, the latter issue has now been resolved and Haigh is an inmate at the Brooklyn Courthouse ahead of his December 3 trial start date.

Haigh, working as an interior decorator at the time, claims that he was attacked after he tried to leave Johnson’s home inside Ingersoll Houses in the Forte Green neighborhood last year.

The defendant’s call records show that he dialed 911 at 4.42am and again at 5.58am to report what had happened at the one-bedroom apartment.

His phone searches indicate that in between that time someone had also used the phone to search for information that ultimately led them to a page that says emergency services may return the call back if the phone line goes dead. 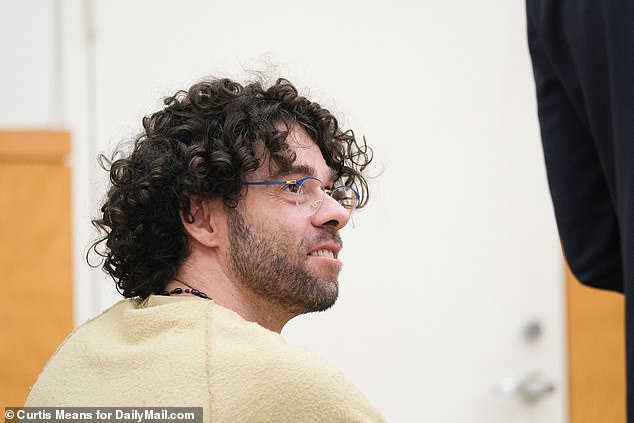 Wearing an old beige sweater and pants with spectacles, Haigh still sported his usual facial hair from his modeling and acting days 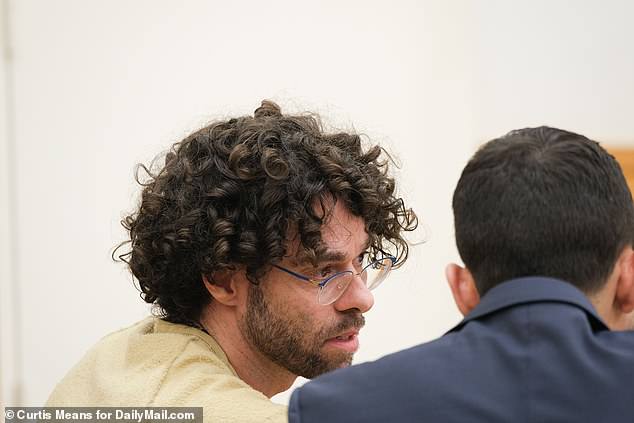 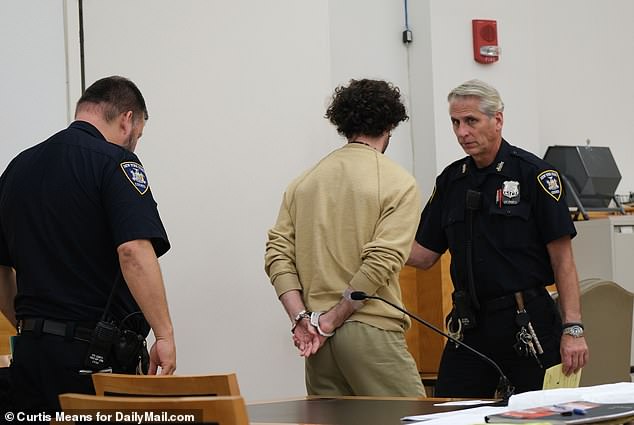 No one responded to the first call made from his phone in the early hours of that morning.

Prior to the calls and internet search, Haigh’s sister had received a message at 4.11am.

She was asleep at the time but had been trying to contact him via text message throughout the day as she says she hadn’t heard from him in 24 hours, according to Bklyner, who received written communication from the suspect from prison.

When law enforcement arrived at the scene they found John on his back in a pool of blood with a knife sticking out of the left side of his chest. The autopsy notes bite marks on Johnson’s chest and body hair between his teeth.

In the apartment was a broken mirror, the flat screen television had been knocked onto the floor, a glass table was tipped over and a drawer of silverware was turned over. 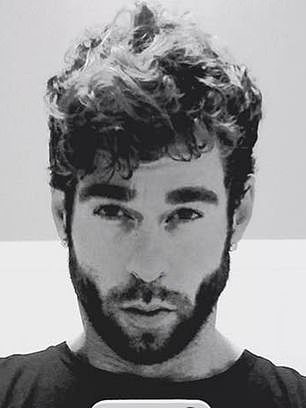 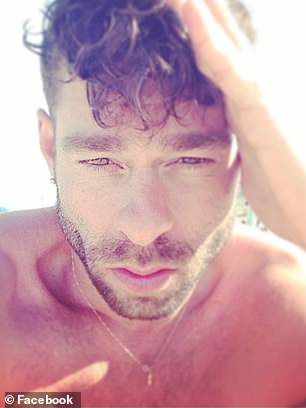 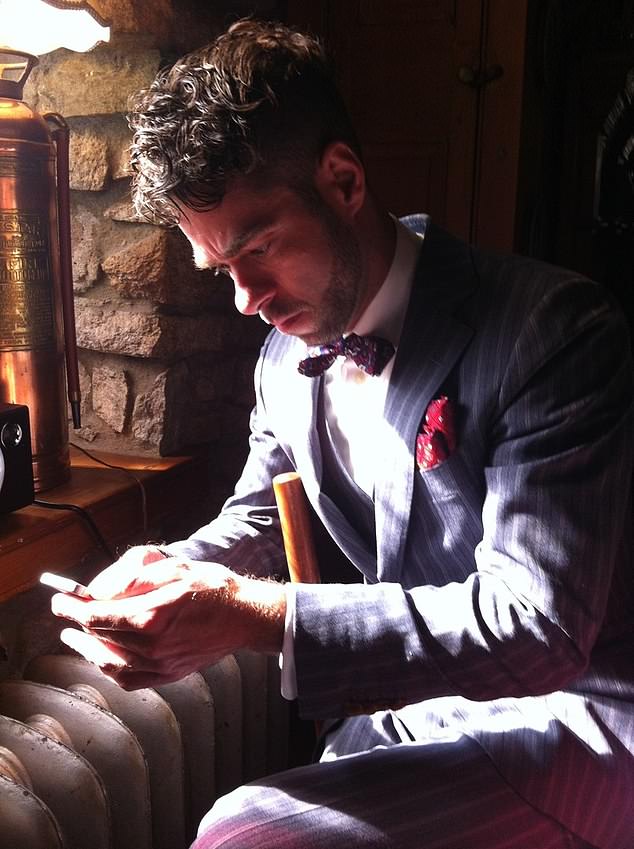 The defendant’s call records show that he dialed 911 at 4.42am and again at 5.58am to report what had happened at the one-bedroom apartment

Meanwhile, Haigh’s face was covered in bruises and his finger was injured by a bite.

The Bklyner story reports that the accused’s voice was so unusually high-pitched in the 911 call that the operator referred to him as a female and his own sister – who he was living with in Reading Pennsylvania, did not recognise him from the speech.

The accuser claims Johnson was smoking crystal meth before the encounter that also allegedly happened at Johnson’s apartment ‘barely a week before’.

While the accuser – who had performed consensual oral sex on Johnson – went to the hospital after showering and the case was referred to the NYPD Special Victim’s Division, Johnson was reportedly not questioned but was listed as wanted.

In May this year, Haigh’s lawyer Thomas Andrykovitz used an affidavit from the man referred to as ‘R.S.’ alleging a detective in sent him a photo of ‘Johnson’s body lying on the floor of his apartment’ via text message and in the mail. The same month his trial date was delayed.

The police department was then accused of not prioritizing ‘acquaintance rape’.

Both men who went to Johnson’s apartment have said he was ‘aggressive and threatening’ and did not allow them to leave the property. They also state he ordered them to shower after sex. 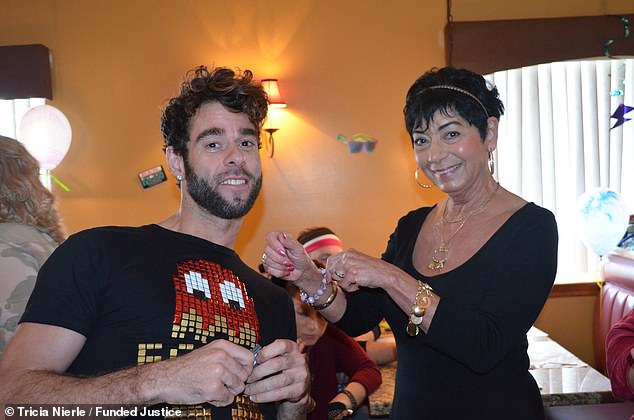 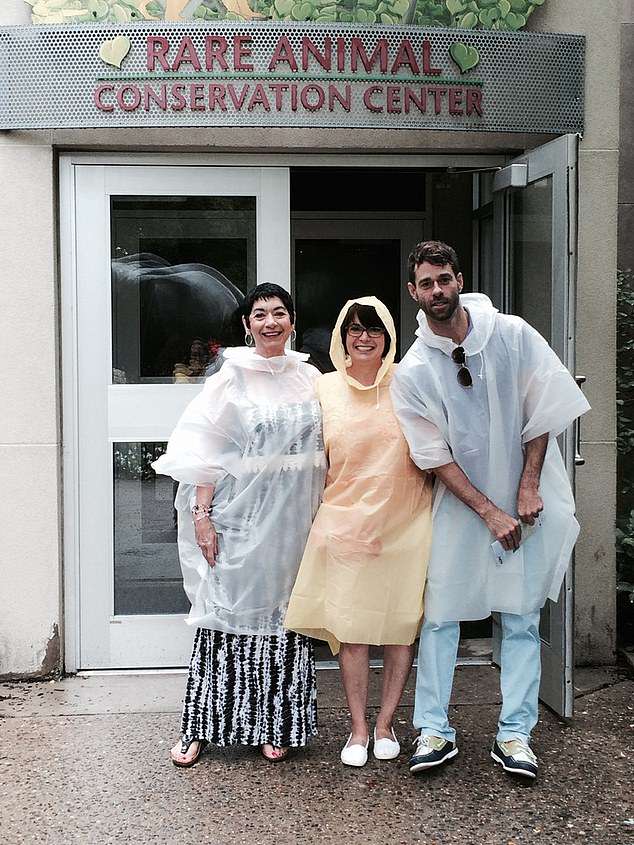 Haigh’s sister, Tricia Nierle (not pictured) has since set up a website to help with his defense. She works as a correction officer 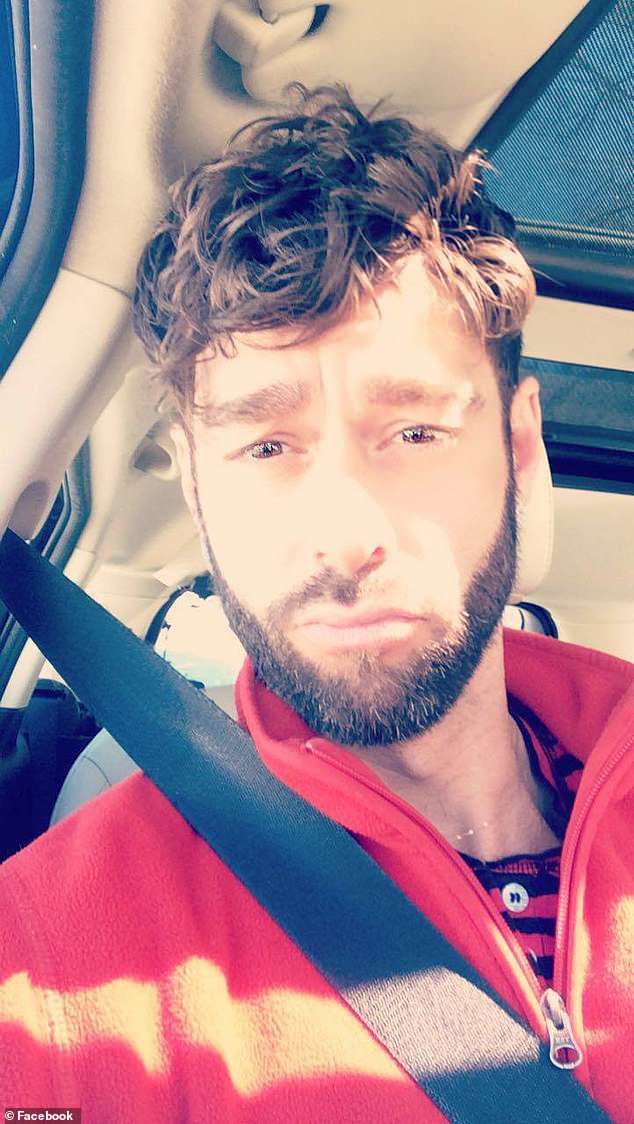 The funding page has raised $15,550 so far toward his legal fees

In the affidavit ‘R.S.’ says he escaped by claiming he was going to the ATM but went to hospital. Haigh says he tried to use the same excuse to leave.

He confessed to killing in self-defense after being taken to hospital on the morning of the incident and being given a sedative to calm down.

While he was reportedly not allowed a phone call from hospital, a police officer allegedly let him used his phone to call his sister.

Tricia Nierle, who has since set up a Funded Justice website to help with his defense that has raised $15,550, works as a correction officer and found it strange her brother hadn’t returned by the time she had finished her night shift.

‘This has basically just been an ongoing nightmare,’ Nierle told Bklyner at the pre-trial hearing stage in April. ‘Every day you wake up and you think to yourself: this can’t be happening to me and my family.’

Johnson’s family also maintains that he was not the dangerous man Haigh has described in his case.

The dog father to a miniature Doberman pinscher named Paco and a Chinese crested named Pixie, had moved back to Brooklyn where he grew up after a break-up in Georgia.

His sister Loretta Monroe described him as a ‘fashionista’.

‘I know their story was that he attacked him, but I don’t believe that,’ said Loretta’s husband, Xavier Monroe. ‘It doesn’t sound like him, it just doesn’t. If something like that happened, it would be so strange because he’s just not that type of person.’