By Tom Harmsworth For Mailonline

Boca were left incensed after a goal from Marcelo Weigandt was controversially ruled out by VAR in the second-leg of their round of 16 tie against Brazilian side Atletico Mineirao.

The match went to penalties where Boca were defeated 3-1 and the evening soon descended into chaos as the Argentine side tried to break into the Mineirao dressing room before later clashing with police, who were forced to use tear gas in response. 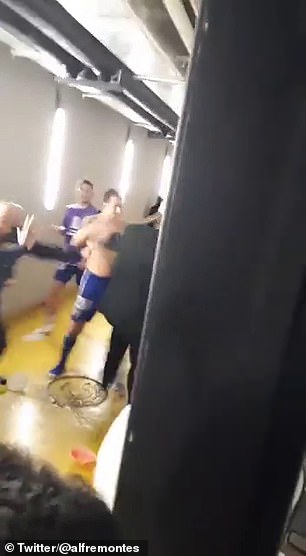 Marcos Rojo (left, pictured in blue jersey) was seen on video punching a member of security staff as Boca Juniors were left furious following a last-16 defeat in the Copa Libertadores

Reports in Argentinian media outlet La Nacion suggested that events took a turn for the worse when Sergio Coelho, President of Atletico Mineirao, provoked the Boca players from the doorway of their dressing room.

This lead to an initial reaction from Boca’s Raúl Cascini and players were seen on video shoving each other and throwing items.

Police attempted to intervene in a bid to diffuse the escalating violence and they used tear gas cannisters in their effort to do so. 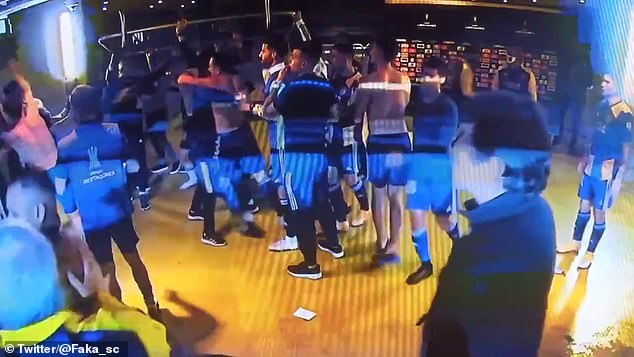 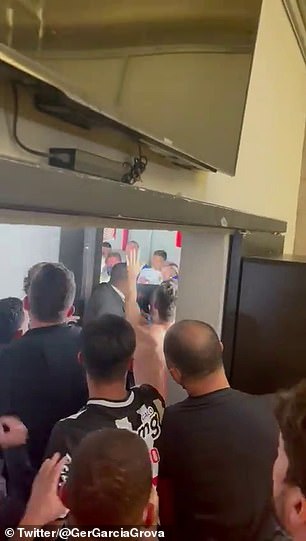 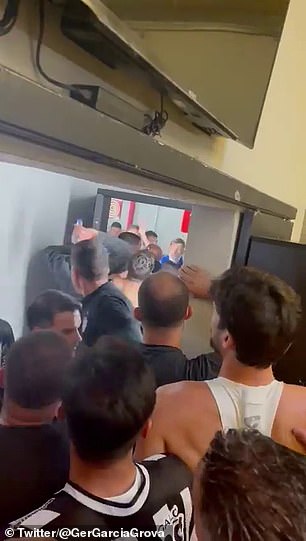 The Brazilian police attempted to arrest two of Boca’s players, Sebastián Villa and Carlos Zambrano, but no one was detained.

Zambrano later took to his Twitter account where he labelled the disallowed goal and events that followed: ‘A disgrace, an abuse, a disaster.’

Boca legend Juan Roman Riquelme, the club’s vice-president, came to the defence of his side following the ugly clashes with police.

‘When they were in the dressing room, you see a person in a suit who pushed the boys and insults them. The policemen threw gas in the players’ faces.

‘They gas, what do you do? Do you defend yourself or do you let them hit you? You see the president throwing bottles, the police… they don’t say anything to them. That’s the truth.’ 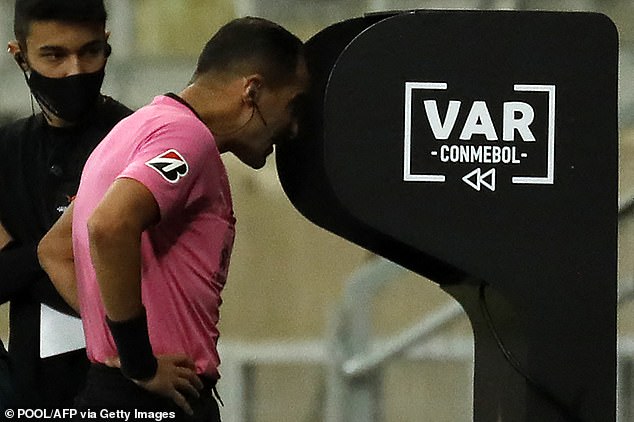 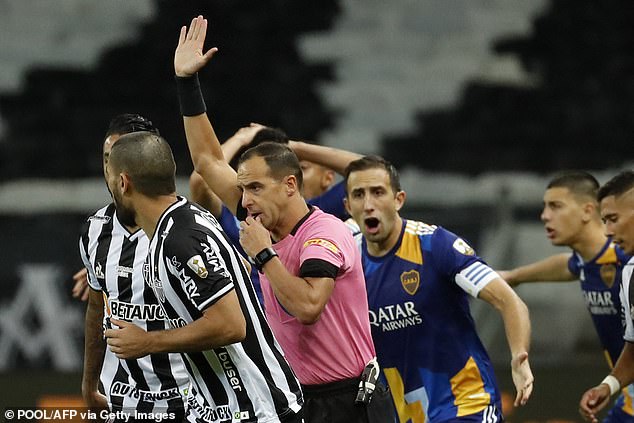 Santiago Mayor, a Belo Horizonte police officer, told TyC Sports: ‘We have information that the match delegate said there was an aggression and at least three Boca players were identified as the aggressors.

‘There are videos that show that there was contempt’.

In the subsequent press conference Boca Juniors boss Miguel Russo insisted his squad would not return to Argentina until all were able to do so.

‘Either we all leave or none of us leave,’ he said, following reports two players were of interest to police.

‘After a long negotiation, mediated by president Sérgio Coelho, and the Argentinian delegation went to the police station to report an incident for property damage and aggression. No one will be arrested.’ 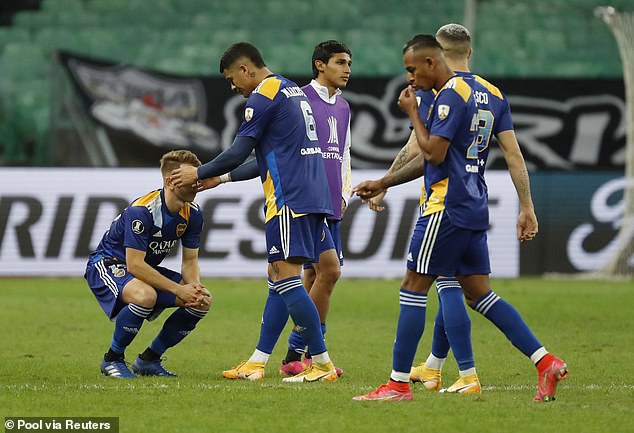 The match went to penalties and Boca Juniors were beaten, leaving the squad devastated 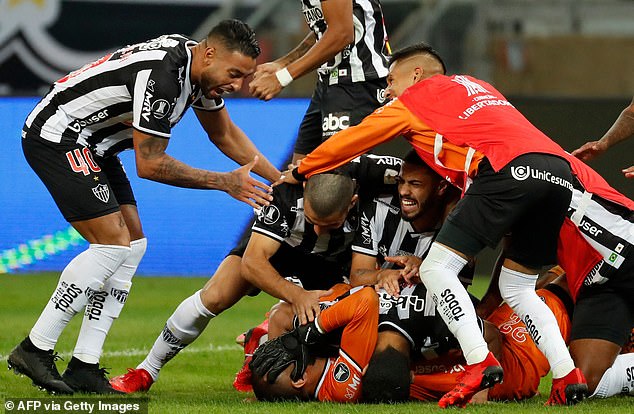