After a 25-year relationship the wife of former Manchester United ace Patrice Evra discovered he had a new girlfriend after she posted photos to Instagram from their family home.

Sandra Evra, 39, who became high-school sweethearts with Patrice, 39, after growing up together in Les Ulis, Paris, was left heartbroken in January after the footballer left for London to ‘work’.

Sandra told The Sun how she had not seen Patrice since January when he travelled from Paris to their second home in Battersea, London, for a ’15-day work trip’, only to file for divorce on March 4.

The mother-of-two learned of his affair after Patrice’s mistress, 25-year-old Danish model Margaux Alexandra, posted photos of the family home to her Instagram.

Following the Instagram discovery Sandra told the publication that his solicitor had called to say Patrice wanted a divorce, ‘he didn’t even have the courage to tell me himself’, she said.

Sandra told The Sun: ‘That was the worst day of my life. I was devastated, distraught. I have been left paying all my credit cards and the Netflix bill. It has taken me a long time to realise what he’s like (…) He has turned into a rat.’

Despite a ‘wonderful’ Christmas spent together and a Maldives holiday in the New Year full of ‘kissing and cuddling’ Patrice left for Paris two days after they returned, and failed to return her calls for ‘weeks’, Sandra told the publication. 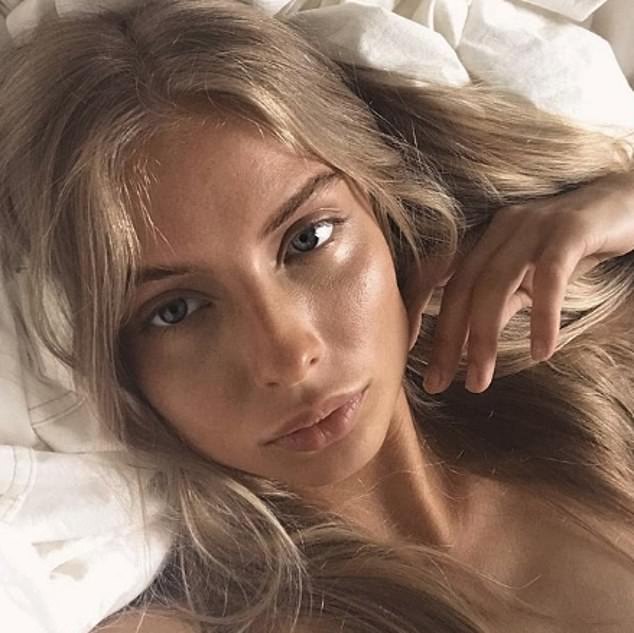 She now believes that Patrice ‘knew what he was doing’ by filing for divorce while she was in Paris as Sandra said she ‘could have fought for more money’ if she was in England. 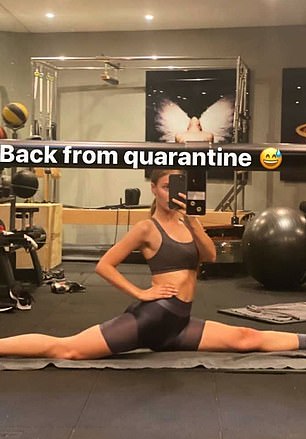 Sandra says she gave up her education, family and friends to follow Patrice to Monaco when he got signed at the age of 19, setting up home for them both – she did not work as he found the idea ’embarrassing’, Sandra told The Sun.

In 2006 she followed him to Cheshire, setting up home in Alderley Edge, then in Hale, Manchester.

Sandra first discovered Patrice had been unfaithful to her three years into their marriage in 2010, when photos showed him kissing Danielle Silvester at a hotel in Manchester, Sandra said.

And in February 2013 he was accused of having been unfaithful again with Playboy model Carla Howe.

Sandra says she has suffered financial ’embarrassment’ following their separation, with her credit card being declined whilst paying for a meal and on a trip to the supermarket.

The former couple shared joint bank accounts, with Sandra handling the accounting and investing in a property portfolio, which includes three homes in Monaco, one in Cannes, Hale, Cheshire and a Dubai penthouse, reports The Sun. 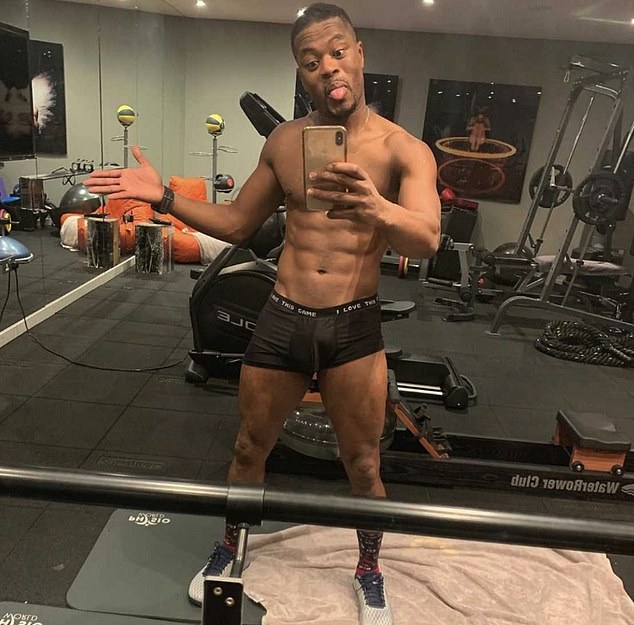 Patrice Evra during a work out at his home gym in Battersea, London, where Margaux appeared to share a snap from

They have two children, Lenny, 15, and Maona, eight, who live with their mother in Paris.

In July Patrice Evra was seen openly kissing with Margaux Alexandra after an alfresco lunch at Little House in Mayfair, London.

The model Margaux appeared to tease their relationship to her Instagram followers by sharing a scantily-clad snap of herself doing the splits at the footballer’s home gym.

MailOnline has reached out to Patrice Evra’s representatives for comment.