Former Maryland Governor Martin O’Malley didn’t hold back when he bumped into acting Deputy Secretary of the Department of Homeland Defense Ken Cuccinelli II, slamming the immigration chief over the Trump administration’s policies at a Washington DC bar Wednesday.

And by one account, the liberal Democrat unleashed so hard on the Republican, it made him quickly exit the establishment.

A tweet of the incident at the Dubliner, an Irish pub near Capitol Hill that went viral, described O’Malley unleashing a ‘shame-invoking tirade’ against Cucinelli. 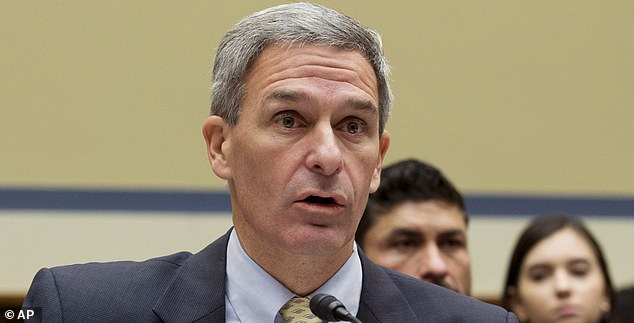 Cuccinnelli, a conservative Republican, really did not respond to O’Malley and exited the establishment, which de-escalated the fight

The official, says Siohbhan Houton Arnold who wrote the tweet, had little to say in response to the outburst from O’Malley, who also briefly ran for president in 2016, reports the Washington Post.

Arnold told the post ‘O’Malley was shouting’, and that she didn’t think Cuccinelli was responding.

‘I think he’s like, ‘Time to go. Just got here and I’m leaving.’ He pretty much retreated’, she said.

O’Malley, who turned down the Post’s request for a telephone interview, did text the news outlet that he was not shouting.

Instead, he said he had raised his voice enough so that others in the pub could hear what he had to say to Cucinelli.

Cucinelli, who previously served in the Virginia State Senate for eight years, said in sent a statement to FOXNews, that he did do more than not respond.

While at the bar buying a beer, Cuccinelli says he remembers O’Malley started ‘screaming and cussing’ behind him, and that it was ‘louder than everything else in the pub’.

Before he had left, Cucinelli says he told O’Malley that ‘one of us has to rise above this, and it’s obviously not going to be you’.

The acting deputy isn’t the first administration official to be heckled over its policies towards migrants.

In 2018, then Secretary of Homeland Security Kirstjen Nielsen was run out of a Mexican restaurant, also in Washington.

‘Secretary Nielsen how dare you spend your evening here eating dinner’, one protester begins to yell in a video of the incident at MXDC Cocina Mexicana by Todd English.

‘You’re complicit in the separation and deportation of over 10,000 children separated from their parents’, the protester adds, in a reference to the administration’s past policy of separating migrant parents from their kids.

Former White House Press Secretary Sarah Sanders around the same time found herself and seven family members getting kicked out of a Virginia restaurant when the manager took issue with her defending the policy.

President Trump’s signing of an executive order ending the practice did little to stem the tide of criticism. 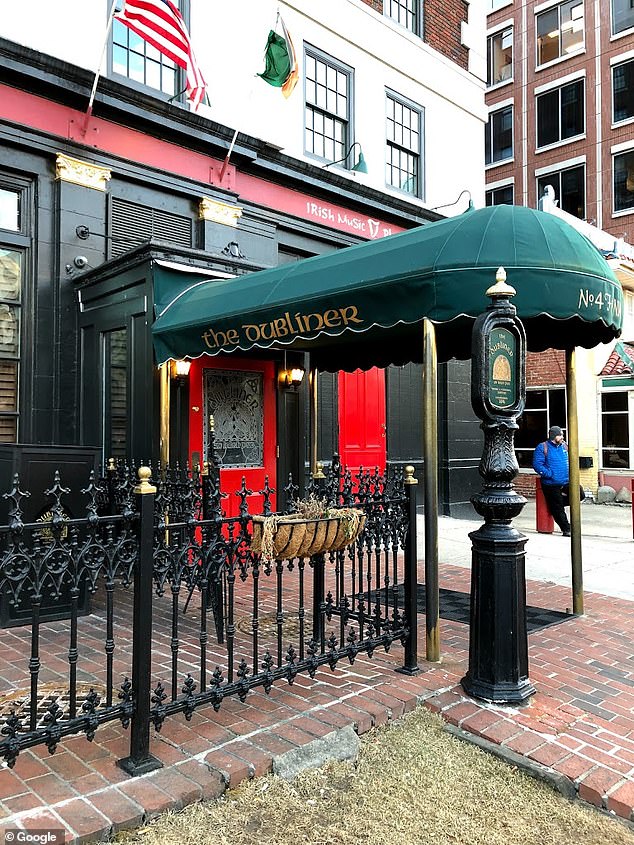 Siohbhan Houton Arnold, who was visiting from Pennsylvania, says she met former Maryland Governor Mark O’Malley at the Dubliner, a pub near Capitol Hill, on Wednesday evening, the night before Thanksgiving

After witnessing O’Malley unleash his criticism on Cuccinelli at the Dubliner, and seeing the DHS chief leave, deescalating the bar fight, Arnold reported the the incident in a tweet (pictured) which has gone viral

According to Arnold, O’Malley raised the topic of the administration’s separation of children from their migrant parents, as well as detaining migrants behind chain-link fences. She said she recalled O’Malley making a reference to Cucinelli’s grandparents, before the official left the pub.

Arnold couldn’t resist following up with her excited and now viral tweet.

‘Martin O’Malley just drove Ken Cuccinelli out of the Dubliner in DC w/a passion-laced and shame-invoking tirade on behalf of immigrant refugee children!!!’ she tweeted just before 7pm Wednesday.

O’Malley in his text message exchange with the Post, gave his side of the story.

He said he had gone to the Dubliner that evening, which was the night before Thanksgiving, with members of his class from the nearby Gonzaga College High School.

Both he and Cuccinelli graduated from the Jesuit-run school five years apart in the 1980s.

O’Malley says when he saw the official, he had to voice his frustration over the president’s policies towards immigrants. 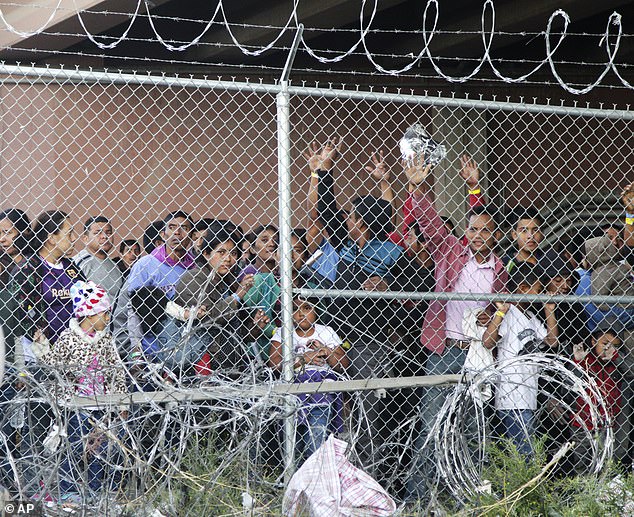 Both O’Malley and Cuccinelli graduated from the same Jesuit-run school near the Dubliner. O’Malley disputes that he was shouting when he saw the official, but said he had to voice his frustration over the president’s policies towards undocumented migrants (pictured)

‘We all let him know how we felt about him putting refugee immigrant kids in cages — certainly not what we were taught by the Jesuits at Gonzaga’, O’Malley said in his text message to the Post.

In another text, he went as far as calling Cuccinelli, ‘the son of immigrant grandparents who cages children for a fascist president’.

Cucinelli, in his statement to FOX News, says he ‘learned from others who have known Martin for years that while his behavior was shocking, it was not new to them’.

The official’s account portrays O’Malley as trying to provoke him with his remarks, and that he inspired

Cucinnelli, who ran an unsuccessful bid for the governor’s office in Virginia when he lost to Terry McAuliffe, a Democrat, in 2013, is known for his hard stance towards immigration.

In 2015, he blasted President Barack Obama for encouraging ‘an invasion’ of undocumented migrants.

And as a Virginia state senator, he sponsored a bill to strip US-born children of those immigrants of their citizenship.

He later scaled back the anti-immigrant rhetoric during his race for governor and even removed a statement from his website that he had ‘voted consistently against in-state tuition for illegal aliens.’

However, as a state senator, he still backed a bill banning undocumented immigrants from attending state colleges. 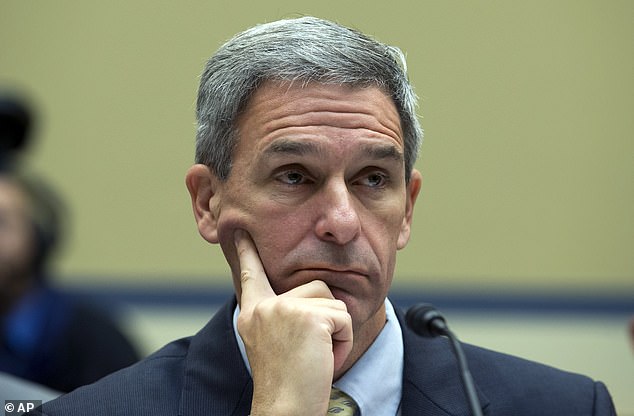 Cucinelli (pictured) is known for his hard stance on immigration. As a Viriginia state senator, Cuccinelli sponsored a bill to strip US-born children of those immigrants of their citizenship