Dr. Joseph Lawson Burton, 73, has been sentenced to serve eight years in prison for trading opioid prescriptions for sex

A highly regarded former Georgia medical examiner has been sentenced to serve eight years in prison for trading opioid prescriptions for sex in what former colleagues say is a sad and shocking turn for a man they knew as an ethical and dedicated public servant.

A forensic pathologist and former medical examiner, Joseph Burton, 73, handled cases from seven metro Atlanta counties, including some of the region’s most high-profile murders.

Burton and seven others were indicted on conspiracy charges in February. Prosecutors say Burton, who had a medical expert consulting business but didn’t see patients, wrote more than 1,500 prescriptions from July 2015 to August 2017 without a legitimate medical purpose. 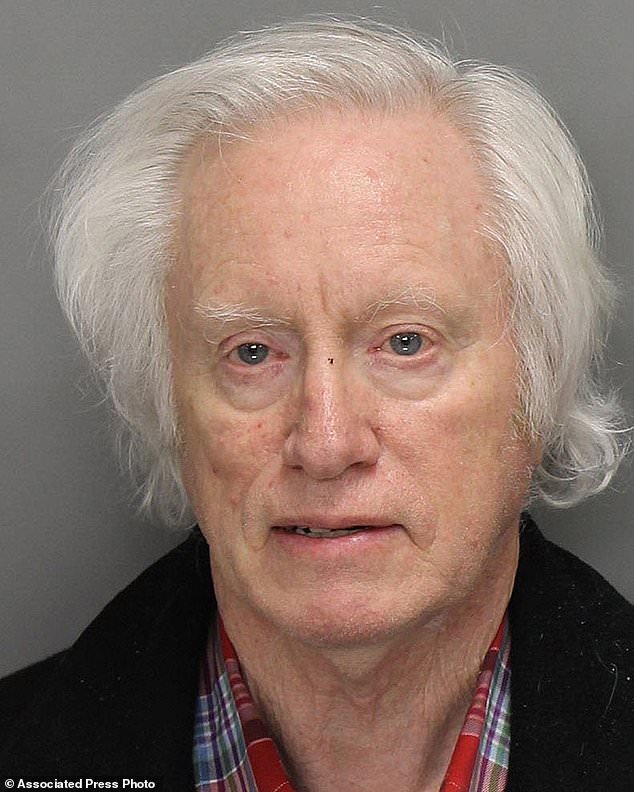 The forensic pathologist and former medical examiner handled cases from seven metro Atlanta counties, including some of the region’s most high-profile murders

Once he knew the Drug Enforcement Administration was investigating him, he then tried to falsify records, prosecutors said.

Burton pleaded guilty in May to conspiracy to illegally distribute drugs.

Ross, who previously served as a homicide prosecutor, said she has great respect and appreciation for the work that medical examiners do.

She said she took into account Burton’s health and his past work in giving him a sentence below the guidelines. 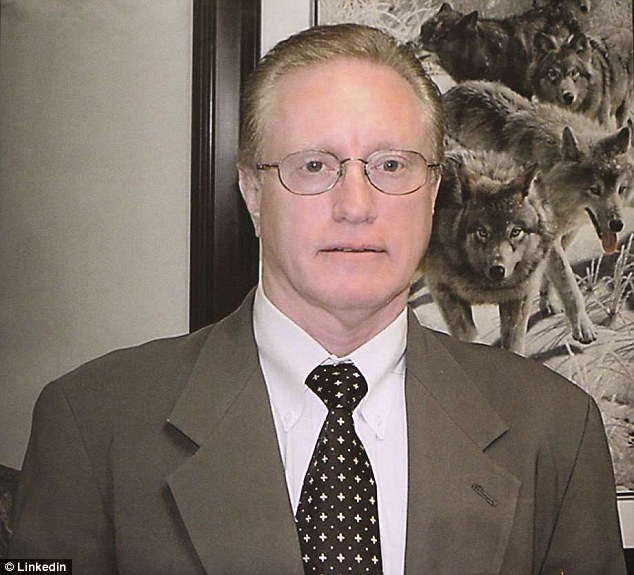 Burton’s stunning fall is largely the result of a massive stroke he suffered in 2010 that damaged his brain’s frontal lobe, his lawyer Buddy Parker said. A doctor’s report submitted to the court says Burton suffers from mild vascular neurocognitive disorder, impairing his executive functions, which include ‘taking the time to think before acting, resisting temptations, and staying focused.’

Although he knew what he was doing was wrong, he couldn’t control his behavior, Parker wrote in a court filing: ‘Burton’s moral compass has been destroyed by cardiovascular disease.’

Burton briefly addressed the court before he was sentenced, apologizing and saying he doesn’t know why he did what he did.

‘I failed everybody, including myself,’ he said.

Prosecutors argued that his continued professional activity following the stroke contradicted his claims of reduced mental capacity. He continued to practice as a forensic pathologist, owning and operating his own business and testifying on complex matters in hundreds of cases, prosecutors said. He billed $45,000 per case or $500 an hour for his services. 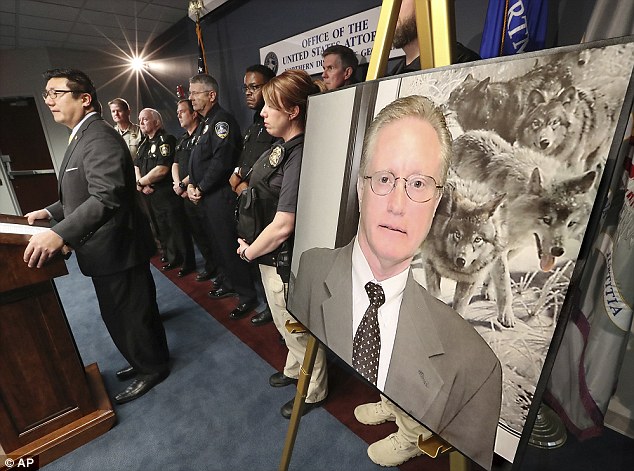 US Attorney Byung J. ‘BJay’ Pak (left) and law enforcement officials announced on Thursday that Burton, seen in displayed photo, had been indicted along with seven other individuals

Parker submitted a dozen character letters written by former district attorneys, defense attorneys and others who worked with Burton. They describe him as brilliant, fair and professional, with many saying he was among the best expert witnesses they ever encountered.

Prosecutor John DeGenova argued that all of those people knew him in a limited professional capacity years ago. Burton, he said, thought that ‘his reputation, his stature and his intellect would keep him from having to deal with these consequences.’

One of his greatest contributions was in the recognition and diagnosis of shaken baby syndrome, work that led to laws in Georgia and other states that require autopsies whenever there is no obvious cause of death for a child, former DeKalb County district attorney J. Tom Morgan wrote in a letter.

Gwinnett County District Attorney Danny Porter recalled that Burton’s testimony and expertise helped secure the conviction of Charles Thomas White III even though no body had been found. Burton’s ‘walk through of the work up of the crime scene was integral to convincing the jury that the victim was dead and had died at the scene,’ Porter wrote.

Burton also worked on the infamous Atlanta child murders case, investigating the killings of black boys and young men from 1979 to 1981.

Some of the letters described a string of tragedies – the 1987 stabbing death of his only son, his stroke and a serious automobile accident – that took a tremendous toll on him. Some recalled recent interactions that left them surprised and saddened at his diminished state. Most of the letter writers said they were unable to reconcile the man they knew with the behavior that landed him in court.