One of the former Minneapolis police officers who stood by as Derek Chauvin crushed the life out of George Floyd has moved to have his charges dismissed on the grounds that he had no way of knowing that a crime was about to take place and the State has not proved that he did, DailyMail.com can reveal.

Documents filed today in Hennepin County District Court call for Tou Thao’s charges to be dropped on the basis that they are not supported by probable cause under Minnesota statute. 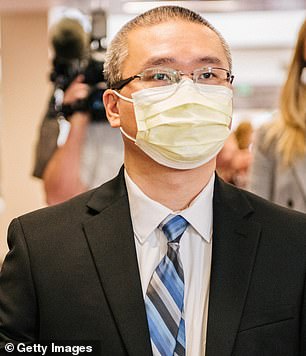 J Alexander Kueng has already filed notice of his intention to plead innocent on grounds of self-defense and justifiable force, while Thomas Lane was the first of the three to kick back at the charges as his attorney Earl Gray filed notice of a motion to dismiss at his client’s very first court appearance in June.

Now Thao’s attorney Robert Paule has argued that the state has failed to show, ‘by probable cause – that Mr Thao; (1) knew former officer Derek Chauvin and others were going to commit a crime and (2) intended his presence of actions to further the commission of that crime.’

The motion seen by DailyMail.com goes onto state that the facts presented by Assistant Attorney General Matthew Frank do not show probable cause that his client, ‘had the requisite mental state for Aiding and Abetting,’ under Minnesota law.

Nor, according to Paule, do the facts support the allegation that Thao’s actions, ‘furthered the commission of the underlying crime for Aiding and Abetting.’

Thao is the only officer who did not lay hands on Floyd that day, following the disastrous call out to a report alleging that Floyd had tried to pay for goods at Cup Foods using a fake twenty-dollar bill. 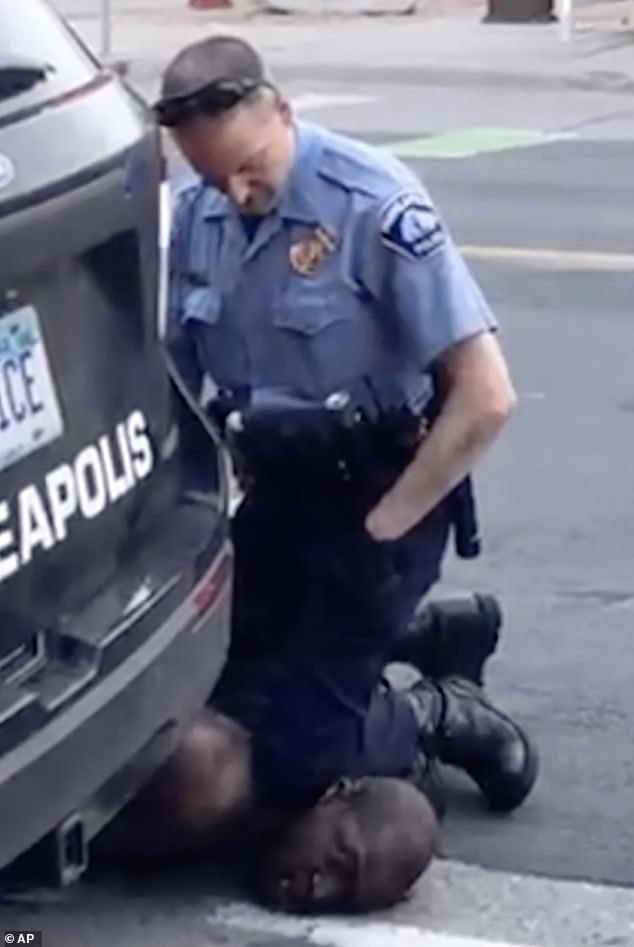 Thao’s lawyers argue that county prosecutors have failed to show Thao knew that Derek Chauvin and the other officers were going to commit a crime. In the egregious attack Chauvin pressed his knee into Floyd’s neck for nearly nine minutes 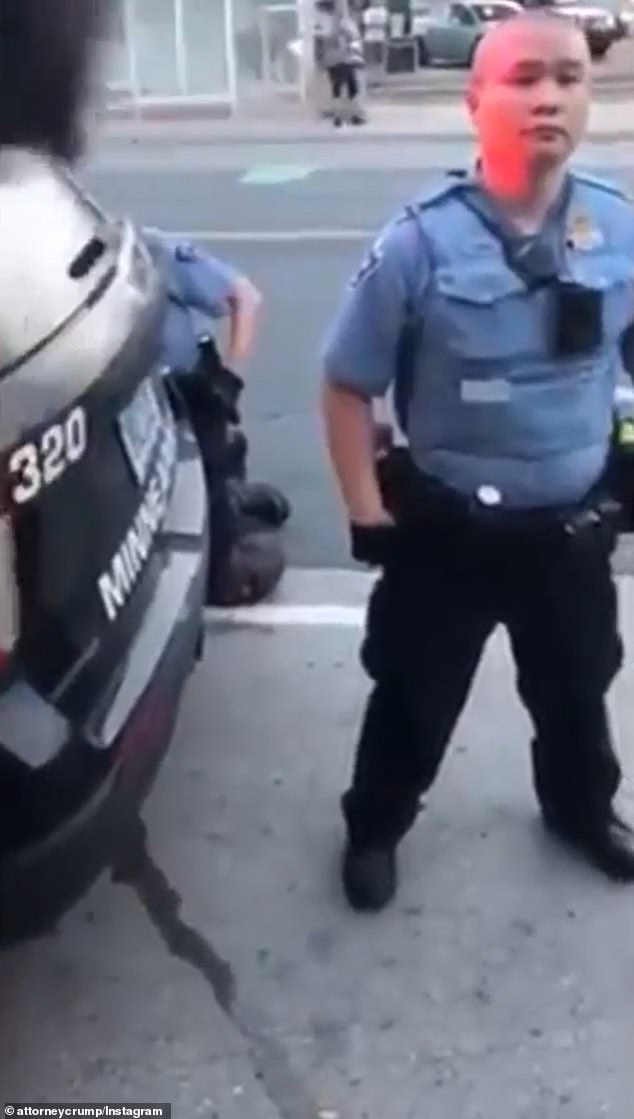 Thao is the only officer who did not lay hands on Floyd that day, following the disastrous call out to a report alleging that Floyd had tried to pay for goods at Cup Foods using a fake twenty-dollar bill. Thao pictured blocking bystanders as Chauvin had his knee on Floyd

According to the original complaint officers Kueng and Lane were already on the scene when Thao and Chauvin arrived in a separate squad car.

Chauvin, 44, immediately stepped in and tried to get Floyd into Kueng and Lane’s police cruiser.

When that failed Chauvin ‘pulled Mr Floyd out of the passenger side of the squad car…and Mr Floyd went to the ground face down and handcuffed.’

Kueng held Floyd’s back and Lane held his legs as Chauvin placed his left knee on Floyd’s neck. While Floyd repeatedly told officers, ‘I can’t breathe,’ said ‘Mama,’ and begged ‘please,’ the complaint states that Thao, ‘obtained a hobble restraint from the squad car to restrain Mr Floyd in that manner.’

The restraint – also known as a hogtie restraint – binds a person’s bound hands to their ‘hobbled’ or cuffed ankles rendering them helpless.

The complaint does not state that Thao tried to deploy the restraint only that officers ‘decided not to use it and maintained their positions.’

At this point Thao turned his back on his colleagues and the dying man and focused his attentions on holding back the crowd that had gathered in anger and horror at the scene that played out before them. 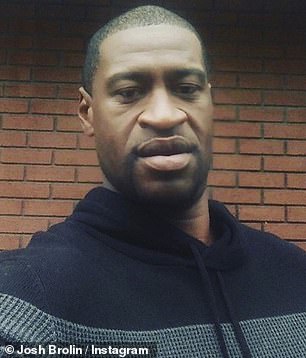 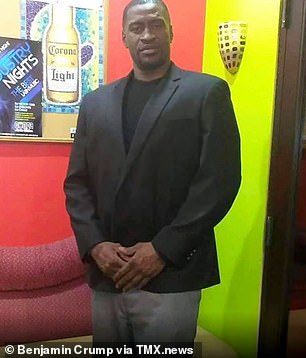 Floyd died after Chauvin pressed his knee into his neck despite his pleas ‘I can’t breathe’ on May 25 in Minneapolis, Minnesota, sparking international protests 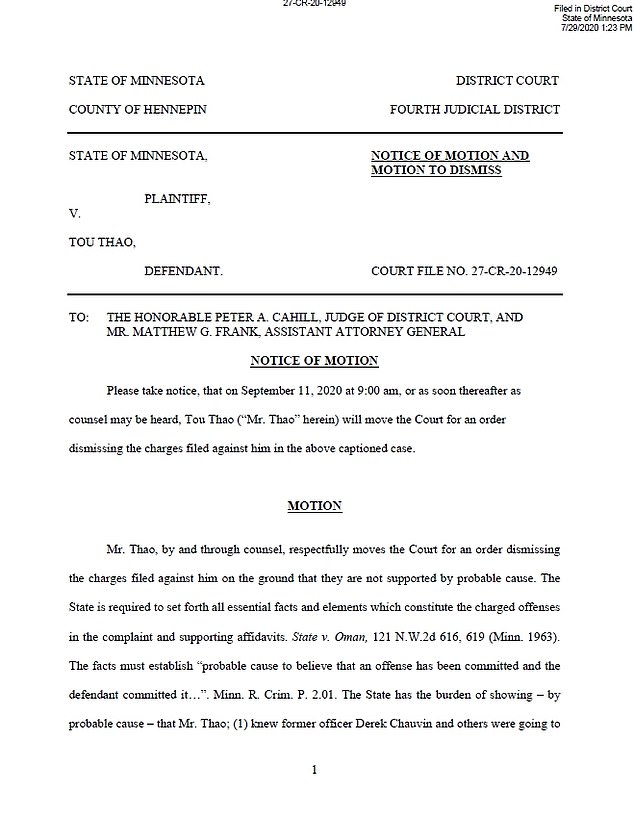 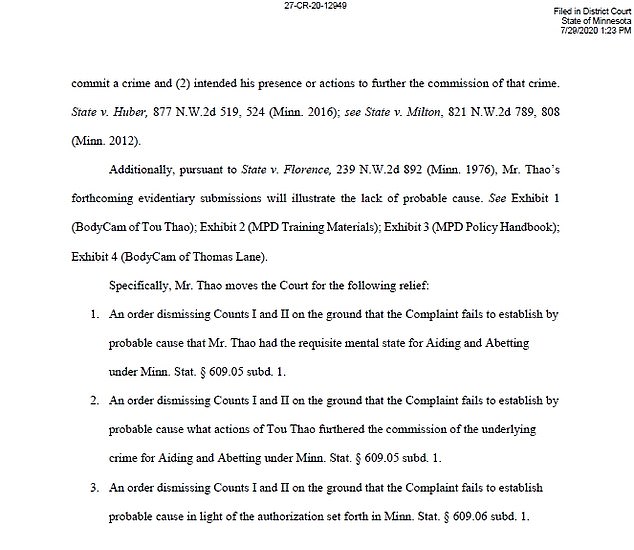 Thao’s lawyers filed this motion above on Wednesday

The complaint states, ‘[Thao] became concerned about a number of citizens who had gathered and were watching the the officers subdue Mr Floyd and potential traffic concerns, and so the defendant stood between those citizens and the three officers retraining Mr Floyd.

‘When one citizen stepped off the curb, imploring Chauvin to get off of Mr Floyd the defendant put his hands on the citizen to keep him back.’

The catastrophic fall out of the eight minutes and 46 seconds that Chauvin kept his knee pressed down on Floyd’s neck continues to be felt across the country and beyond.

Thao’s motion for dismissal will be heard on September 11, directly after the motion filed by Lane.

All three of the officers charged with aiding and abetting have now made bail and only Chauvin remains in custody in the maximum-security Minnesota Correctional Facility Oak Park Height where he will be held until his trial, currently slated for March 8, 2021.

Chauvin waived his right to demand a trial within 60 days as both the State and his defense asked for more time to wade through discovery that, at last reporting, ran to 8130 documents and 750 audio visual recordings.

Judge Cahill has expressed frustration over leaks of confidential meetings between attorneys and the victim’s family and key players’ repeated comments regarding the merits of the cases and guilt or otherwise of the defendants.