Seven-time MLB All-Star Alfonso Soriano took to Instagram Saturday night to share some words of support with suspended star Fernando Tatis Jr., who was punished on Friday for violating the league’s drug policy.

Tatis Jr. tested positive for Clostebol, a banned performance-enhancing substance under MLB’s Joint Treatment and Prevention Program, and has been suspended for 80 games.

But Soriano offered kind words to the 23-year-old as he prepares for a lengthy stretch on the sidelines.

‘God bless you and protect you always,’ Soriano said on his Instagram story, via translation.

‘I know it’s a very difficult time, but God is with you. I know you’re a good boy.’

Tatis Jr., just 18 months into a 14-year, $330 million contract, was working his way back from a wrist injury and had yet to play this season.

His suspension will carry into next year, and he likely won’t see the field until next May, as he’s set to miss 32 games next season as well per Bill Shaikin of the LA Times. 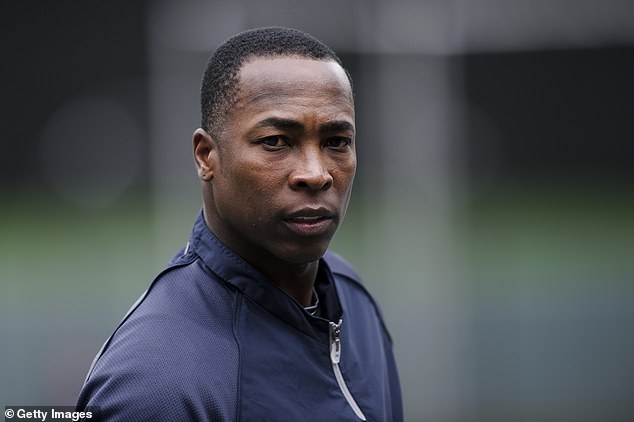 Alfonso Soriano said that Tatis Jr. was a ‘good boy’ ahead of his lengthy spell on the sidelines

In a statement, Tatis Jr. apologized and claimed he took the medication to treat ringworm, rather than to gain a competitive advantage.

‘I want to apologize to [Padres owner] Peter [Seidler], [general manager] AJ [Preller], the entire Padres organization, my teammates, Major League Baseball, and fans everywhere for my mistake. I have no excuse for my error, and I would never do anything to cheat or disrespect this game I love.’

‘It turns out that I inadvertently took a medication to treat ringworm that contained Clostebol,’ Tatis said. ‘I should have used the resources available to me in order to ensure that no banned substances were in what I took. I failed to do so.

Soriano played mostly for the Yankees and Cubs throughout his 16-year career, and last appeared in an MLB game in 2014.