A former model who wrongly received £2.2 million after the death of her multi-millionaire clock collector lover may now have to give the money back to his children, along with more than £500,000 in lawyer fees.

Dr Kahrmann was a highly successful banker, art collector and clock expert, who enjoyed a luxury lifestyle with his partners, living in some of London’s most exclusive neighbourhoods.

At the time of his death, he had been set to net £4.4 million from London property deals and, after they went through, Mrs Harrison-Morgan received half of the cash.

It resulted in a furious family row, running up over £1 million in court costs, with Dr Kahrmann’s daughter, Alice, demanding that the money be given back and divided between his four children. 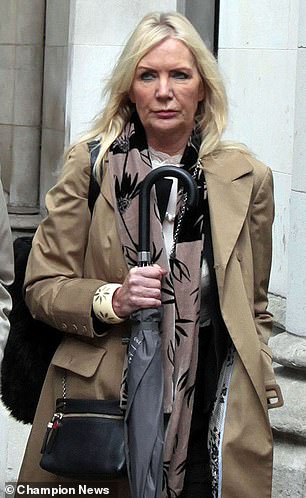 Mrs Harrison-Morgan claimed she was due the money as payment for moving out of the luxury home she had shared with Dr Kahrmann in Wilton Crescent, Belgravia.

She claimed at an earlier hearing: ‘Rainer fully intended to make sure that myself and the boys were looked after from the proceeds of sale.’

But today, ruling on the case at the Court of Appeal, three senior judges said she was not entitled to the money and should give it to Dr Kahrmann’s rightful heirs.

‘Dr Kahrmann’s estate is entitled to assert his equitable right to that portion of the net proceeds of sale in Hilary’s hands,’ said appeal judge, Lord Justice Henderson.

Mrs Harrison-Morgan was also handed additional court costs bills totalling over £500,000 – but the money will have to be paid immediately, as she plans an appeal to the Supreme Court.

Alice Kahrmann’s lawyers claimed that Mrs Harrison-Morgan had been ‘unduly enriched’ by the payment, ‘walking away with a vast sum of money at the expense’ of his heirs.

Their father was already separated from his first wife Ms De Muller – with whom he had daughters Alice and Louise, 40, – when he met Mrs Harrison-Morgan in London in 1991. 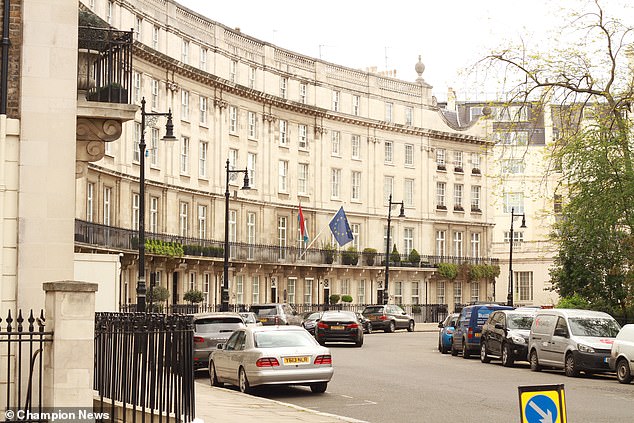 The centre of the dispute involves a property in Wilton Crescent, Belgravia (pictured)

They started a relationship and moved in together in a maisonette in Wilton Crescent, one of the capital’s most expensive streets, having twin sons Max and Fred, both now 18.

The couple enjoyed a luxury lifestyle, with dates at exclusive Knightsbridge dining club Mossiman’s, while Mr Kahrmann even gave her a Cartier ring within two weeks of their first meeting.

But facing financial pressures, Dr Kahrmann relocated to Germany in 2005, although he continued to maintain Mrs Harrison-Morgan and the boys, who visited him regularly.

However, he never moved back and finally died suddenly from a blood clot, aged 71, in July 2014.

At the time, the astute businessman was in the middle of a series of property deals – totalling over £16m – with a partner, including the sale of his former home and an adjoining property in Belgrave Mews.

However, the deals did not go through until after his death, whereupon his £4.4m share of the profit was split between Mrs Harrison-Morgan and his daughters.

Unhappy with the way the transaction had taken place, the sisters handed their £1.1m shares of the money back to his estate to be divided between his beneficiaries, the four children. 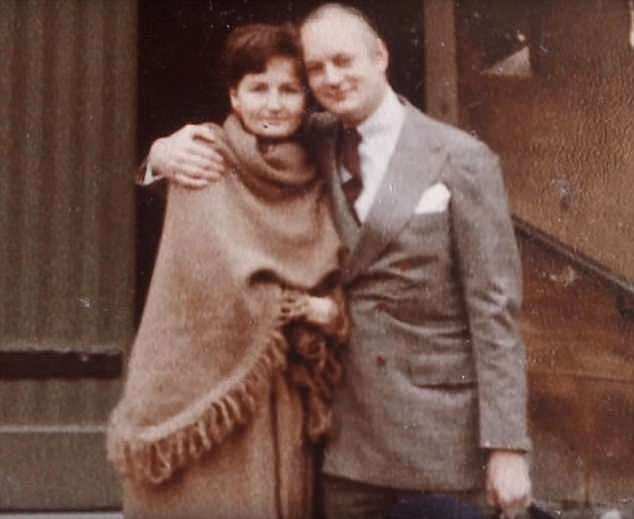 Christiane De Muller with her financier husband, Rainer Kahrmann, in 1982. Mr Kahrmann died from a blood clot in July 2014

But Mrs Harrison-Morgan refused to give back the money, sparking a long and expensive court battle.

In a trial last year, Alice Kahrmann and her mum, Mme De Muller, challenged Mrs Harrison-Morgan’s refusal to return the money, but saw their case dismissed by Judge Richard Hacon.

Giving evidence, Mrs Harrison-Morgan had insisted that she he had a ‘loving relationship’ with Dr Kahrmann and he intended she would get cash from the sale.

‘There’s absolutely no doubt in my mind that that is what he intended,’ she claimed.

She said part of the property deal involved her own home of 23 years and it would not have gone through without her agreeing to leave.

Mme De Muller has since died, aged 70 in January, but her daughter fought on alone as administrator of his estate, hauling her dad’s ex to the Court of Appeal last month in an attempt to get the £2.2m back.

Overturning the earlier decision today, Lord Justice Henderson said the properties at the heart of the case had been intended to be held equally by Dr Kahrmann and his business partner.

‘The £2.2m paid to Hilary clearly represents part of the 50% share of the net proceeds which would have been payable to Dr Kahrmann’s estate,’ he said.

Instead, an agreement had been signed in which £2.2m from the property sale went directly to Mrs Harrison-Morgan and not into Dr Kahrmann’s estate.

‘In my view, it is clear from these findings that the facts known to Hilary before she signed the sale agreement would have given a reasonable person in her position serious cause to question the propriety of the proposed payment to her of approximately £2.2 million,’ he said.

‘She was thereby put on inquiry, but failed to make such inquiries as would have been reasonable in the circumstances to satisfy herself that Dr Kahrmann’s estate had no proprietary right to the £2.2 million.’

He said Mrs Harrison-Morgan is ‘in principle liable to account to Dr Kahrmann’s estate for the sums paid to her’ and fellow judges, Lord Justice Floyd and Lady Justice King agreed.

All orders in the case were stayed pending Mrs Harrison-Morgan’s application to appeal to the Supreme Court.