Ex-New York Gov. George Pataki calls Mayor de Blasio a ‘disaster’ and decries the state’s handling of COVID-19 – as he contemplates running against Cuomo, preventing a fourth term like he did for his father

Former New York Governor George Pataki expressed concern for the future of the Big Apple, declaring Mayor Bill de Blasio a ‘disaster’ as he also decried the state’s handling of the coronavirus.

The three-term Republican governor, 75, has been out of politics for more than a decade but was contemplating the possibility of running against Governor Andrew Cuomo in 2022, sources said to the New York Post.

‘For the first time ever I fear for the future of New York City. The de Blasio administration has been a disaster and New York has been hit by just decision after decision that really jeopardize its future. It’s not just City Hall but Albany too,’ Pataki said.

‘This cannot be allowed to continue or New York City is going to die.’

Pataki, who was governor during 9/11, vocalized his disdain for bail reform and rent reform. He did, however, voice support for law enforcement and denounced what he perceived as a ‘demonization of police.’

‘So many people are going to lose their lives needlessly because of the demonization of the police and the decriminalization of acts where people should be arrested and put away as opposed to turned loose on the street,’ he said.

The former governor claimed that the recent policies enforced by Democrats would not have as much effect on those with money and power. ‘It’s the person working the night shift who will be murdered, or the guy in a bodega who will be held up and shot,’ he said, pointing to recent upticks in crime in the city. ‘If you’re a writer for The New York Times living in a safe Upper East Side neighborhood and taking Uber it’s not going to affect you.’

While Governor Cuomo was not named by Pataki, sources tell the Post that he is not thrilled with his performance for the state.

One source claimed that Pataki was appalled by Cuomo’s decision to force nursing homes to accept seniors who tested positive for the coronavirus. 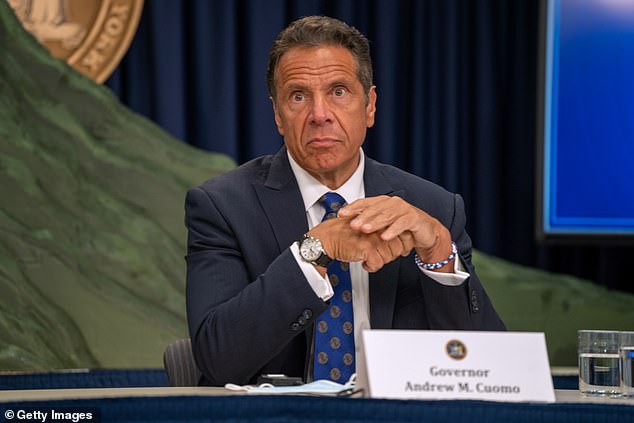 While Governor Cuomo was not named by Pataki, sources tell the Post that he is not thrilled with his performance for the state. He is said to even be contemplating running against Cuomo in 2022

And while he was not of fan of de Blasio’s performance, Pataki was not in favor or removing him from office.

‘The consequences in our political system are political. If you make the wrong decision, the people have the right to change their view and elect new leaders,’ he said. ‘The criminalization of political differences is a third-world negative that has become too commonplace in our country.’ 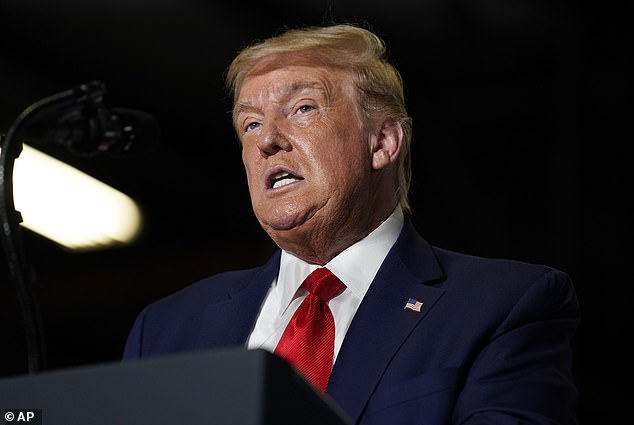 While he declined to endorse President Donald Trump for a second term, he did share that if the election was held today, Trump would lose

While he declined to endorse President Donald Trump for a second term, he did share that if the election was held today, Trump would lose.

‘Many of President Trump’s policies I agree with but his tweets and his feuds often result in the success of those policies being ignored,’ he said.

Pataki did predict that Biden could lose if he went too far left or if ‘it became apparent to the American people that he’s not up to doing the job.’

He cited the 77-year-old’s mental state – the same age he would be if he ran for governor in two years – and expressed worry that it could be ‘a legitimate concern.’ 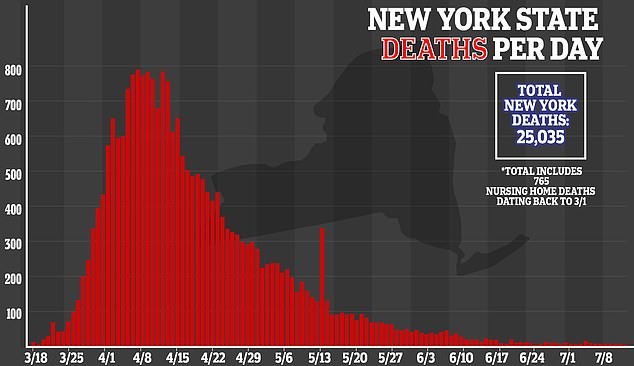