The former police chief of Palm Beach, Florida has said that prosecutors badly mishandled the original investigation into sex predator Jeffrey Epstein in 2008.

Michael Reiter, who retired from the Palm Beach Police Department in 2009, spoke out in an interview with Dateline NBC that aired on Friday night.

‘Epstein found every loophole,’ Reiter said, adding that state and federal prosecutors’ handling of the Epstein case amounts to ‘the worst failure of the criminal justice system in modern times.’

Epstein got off with a sweetheart plea deal in the 2008 case, before he was arrested again this year on federal sex trafficking charges and died behind bars on August 10.

The Palm Beach Police Department began investigating Epstein in 2005, when a mother called the cops to report that Epstein was having sex with her underage daughter. 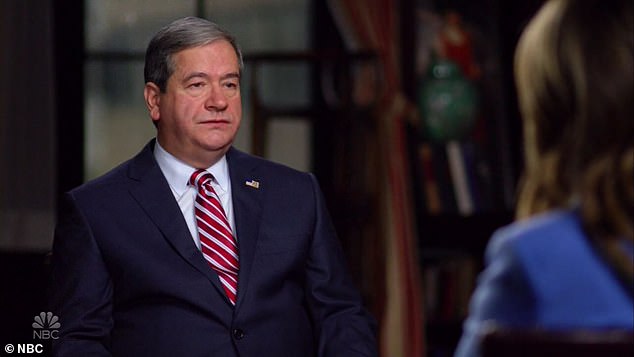 Michael Reiter, who retired from the Palm Beach Police Department in 2009, spoke out in an interview with Dateline NBC that aired on Friday night

‘Our sense was that this was absolutely something we’ve got to get on,’ Reiter said of the initial tip.

Investigators spoke to the girl, who led them to other teens who described shocking sexual abuse at Epstein’s Palm Beach mansion.

‘Within a month of beginning the investigation we realized that this was basically a way of life for Epstein,’ Reiter recalled. ‘This was a very prolific sexual predator.’

When officers conducted a surprise search of Epstein’s mansion, key evidence had been removed, including a hard drive with the property’s surveillance footage.

Epstein’s legal team also seemed to have advance knowledge of a sealed probably cause affidavit, and offered rebuttals to even minute details in the document before it was made public,’ Reiter says. 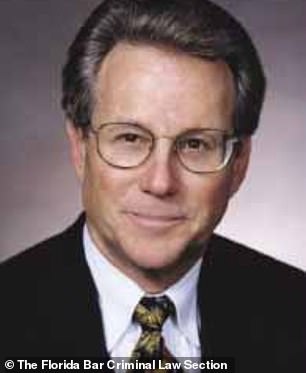 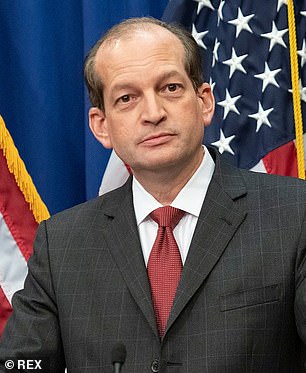 What’s worse, state prosecutors seemed to be losing their appetite for the case and even blocking the cops by refusing to support critical investigative steps, according to Reiter.

In frustration, Reiter asked state attorney Barry Krischer to remove himself from the case, citing the office’s ‘highly unusual’ handling of the case.

When Krischer refused, Reiter went to the FBI and handed over his evidence.

Federal prosecutors initially told Reiter that the case was a slam dunk — but then things derailed yet again.

Then US Attorney Alex Acosta, who went on to serve as Trump’s labor secretary, returned the case to local prosecutors, and signed a non-prosecution agreement with Epstein that even protected potential co-conspirators from charges.

Epstein spend one year in local jail on a charge of procuring a 17-year-old for prostitution, and was free on work release for much of the sentence.

‘I’ve never seen anything like it,’ Reiter said. ‘It was extremely unusual and disappointing.’

Following Epstein’s arrest this year, Acosta and Krischer both blamed each other for the way the 2008 plea deal was handled.

‘We believe we proceeded appropriately,’ Acosta said during a July 2019 press conference. ‘We did what we did because we wanted to see Epstein go to jail.’