Ex-paratrooper who said he trained Prince William is jailed

A former paratrooper who claimed he served alongside Prince Harry and helped train Prince William has been jailed for 17 years for child rape.

Wayne Domeney, 51, who was once pictured shaking hands with Prince Charles, went on the run for two weeks after he was found guilty in his absence in January.

He was being hunted by police so he could be sentenced for a string of sex offences spanning a four-year period.

The former soldier, of Consett, County Durham, eventually handed himself into a police station in Basingstoke, Hampshire, following a high-profile manhunt. 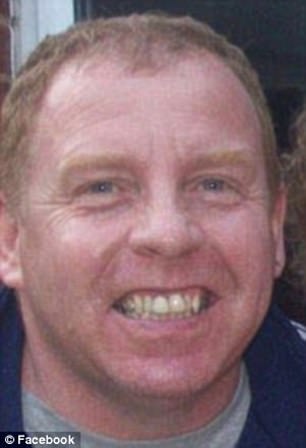 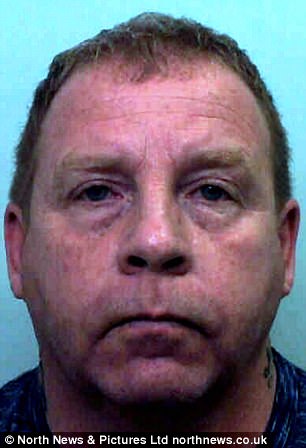 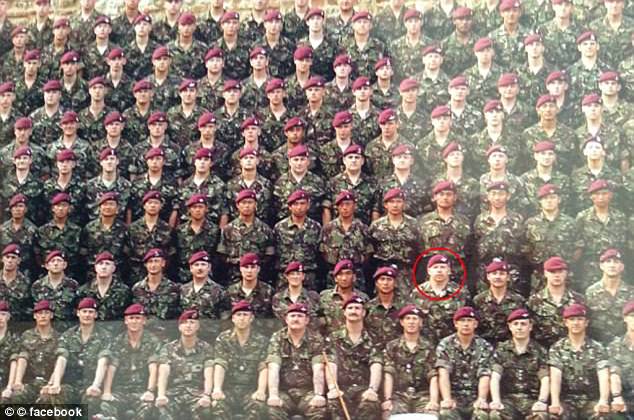 Domeney (circled) signed up to the Army in 1985 and became a Warrant Officer Sergeant Major, touring Iraq and Afghanistan as well as serving in Northern Ireland

He was later convicted of 13 offences at Birmingham Crown Court and he has now been jailed for 17 years.

He was also convicted of assaulting a girl by penetration while he lived in Bedworth, Warwickshire.

Investigating officer Detective Constable Kate Williams, of Warwickshire Police, said: ‘Domeney’s actions have resulted in lifelong consequences for his victim who is still coming to terms with what he did.

‘Now that he is behind bars for a substantial length of time I hope she feel a sense of justice for the trauma he caused.

‘She showed tremendous courage in talking to us about her experience and I hope this conviction will also encourage other victims to report offences to us.

‘It doesn’t matter when the assaults happened, where they took place or who did it – we will take every report seriously and help provide support.’ 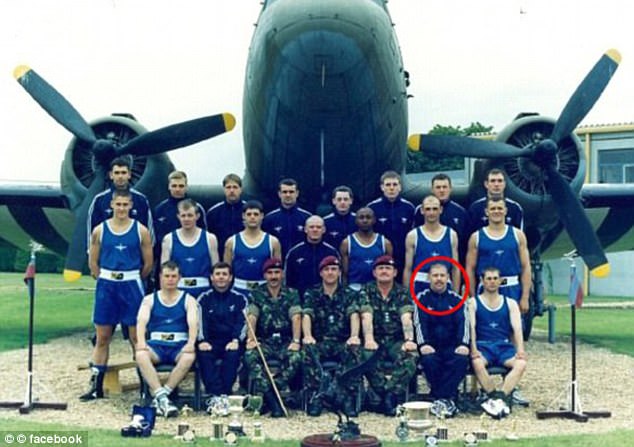 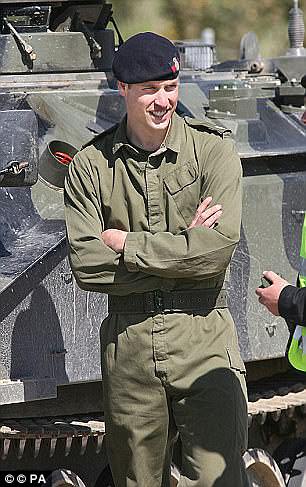 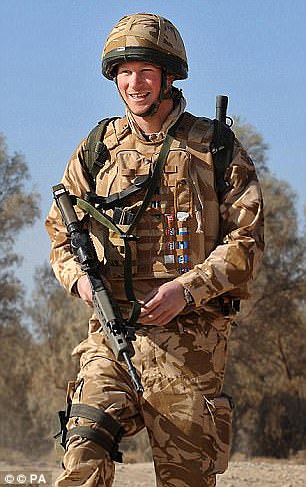 Domeney boasted about training Prince William (left), describing him as ‘down to earth’, and said Prince Harry (right) was ‘sound, one of the lads’ during their time together in Afghanistan 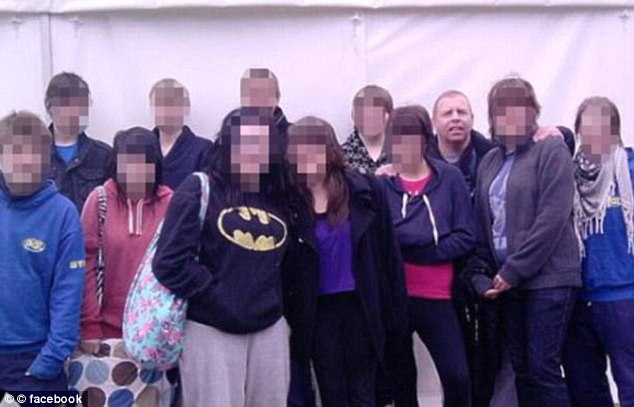 In 2009, the year he left the British Army, Domeney (pictured) was diagnosed with PTSD

Domeney had been on bail but failed to turn up for his trial and was thought to have fled to the North East of England where he has family.

He signed up to the Army in 1985 and became a Warrant Officer Sergeant Major, touring Iraq and Afghanistan as well as serving in Northern Ireland.

Domeney met Prince Charles during a Colours Parade and boasted that he ‘always remembered me’ and drank pints of Guinness with him.

In an interview last September, Domeney said: ‘He knew I was the boxing champ. I said, ‘We’ve got two pints of Guinness, will you toast the regiment?’ So he stayed for a few pints.

‘We were joking about his posh voice so he put on a cockney accent. He was having a good time. I met him after at events and he always remembered me.’

Domeney also claimed he trained Prince William, and said he was ‘down to earth’. He once claimed to have served alongside Prince Harry in Afghanistan, describing him as ‘one of the lads’.