A female former police chief at the centre of a sex discrimination case that led to a £870,000 payout to a colleague she ‘bullied’ is now giving speeches on ‘how to combat white male culture in the workplace’.

One of her lectures is titled ‘How thin is the glass?’ and focuses on the challenges she faced rising through the ranks of the Met and the ‘unconscious bias’ she fought against from inside the organisation and the media.

As reported by Mail Online, she was criticised at an employment tribunal where Chief Inspector Adrian Denby won £870,000 after being unfairly treated by Ms de Brunner.

Mr Denby, 49, was removed from his role in charge of a tactical unit after she launched a campaign to challenge the squad’s ‘macho culture’ because she was unhappy with beers being found in an station fridge and her ‘pet hate’ of male officers walking around in only towels. 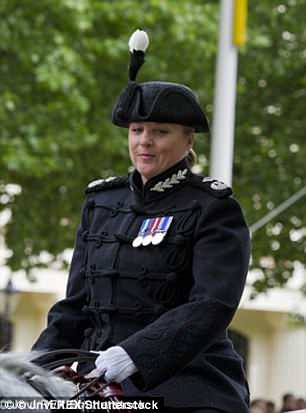 Maxine de Brunner, right, who was criticised at former colleague Adrian Denby’s (left) sexual discrimination employment tribunal which found she treated him unfairly, has left the force and is now giving lectures on diversity and leadership in the workplace including one on ‘breaking the glass’

Mr Denby said he regretted not stopping male colleagues from crossing the room in towels, but also blamed the poor design of the office.

He believed he was unfairly punished for failings, while a female colleague in a similar position was treated differently.

A tribunal found that Mr Denby was discriminated against and the London force paid him compensation in an out-of-court deal.

A source told The Sun that the tribunal had cost the Met more than £2million.

And the Metropolitan Police is also understood to be helping Denby set up a business as part of the settlement.

It is understood that Denby is currently on sick leave.

A spokesperson from the Metropolitan Police said: ‘We can confirm that we have reached a settlement in this case.

‘As there is a confidentiality clause in place, we are not in a position to discuss further.’

On diversity, her website says the lectures will ‘deliver key factors to achieve personal and professional success which will include, passion, determination, resilience, decision-making, dogged determination and strong leadership’. 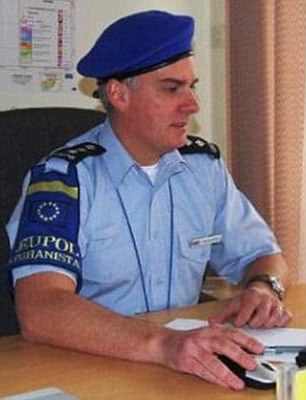 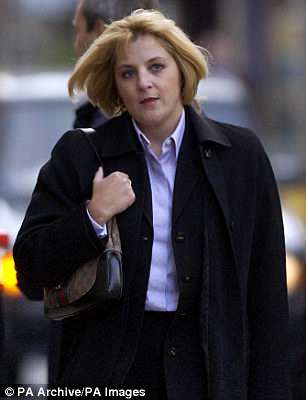 Chief Inspector Adrian Denby (pictured) won £870,000 after being unfairly treated by Met Deputy Assistant Commissioner Maxine de Brunner who removed from his role in charge of a tactical unit after launching a campaign to challenge the squad’s macho culture

Following the case Ms de Brunner told The Times she contests ‘nearly everything that is being reported’.

It adds the audience will ‘leave with determination and belief that anything is possible, courage to operate outside their comfort zone, inspiration and optimism to make a different reality.

He was awarded nine commendations, worked with counter terrorism units and planned security arrangements for the Royal Family, including the Queen.

But the officer, who is seven years away from retirement, claimed he was unfairly punished for failings, while a female colleague in a similar position was not.

A hearing in 2016 was told that Deputy Assistant Commissioner Maxine de Brunner arrived at the unit in September 2014 where CI Denby, 47, was in charge, ‘on a mission to drive out the macho culture’.

Shortly after arriving she encountered an unnamed male colleague in the corridor wearing only a towel around his waist on his way to the locker room.

Miss de Brunner was so incensed following the incident that Mr Denby feared he was going to be removed from his position.

He was placed under investigation for alleged malpractice by officers in his unit including fiddling overtime hours and operating an off-licence from inside the police station.

But a female of similar rank in another unit, who also came under investigation, was not subjected to similar measures.

At the time of the incident CI Denby was in charge of the Territorial Support Group (TSG) unit in Paddington, west London. At a remedy hearing today the tribunal heard CI Denby maybe too sick to ever return to working with the Met Police.

The tribunal found CI Denby was discriminated against over his gender when he was removed from his post in October 2014 and five restrictions were placed on him.

He was also not allowed to apply for promotion to superintendent.

Suspension notices were served on an acting inspector and three sergeants after a raid by the Department of Professional Standards which found ‘beer in the fridge and a price list on the front of the fridge’.

In her judgement Tamara Lewis said Mr Denby’s case was ‘striking for its unfairness’ and concluded that his treatment was down to his sex.

The judgement adds: ‘We have found this case marked by lack of transparency.

‘In the absence of any explanation, direct sex discrimination occurred and decision-makers consciously or unconsciously, viewed the claimant as a man as part of the problem in a way in which they would not have viewed him had he been a woman’.

Deputy Assistant Commissioner Maxine de Brunner rose to the very top of the Met but retired suddenly after a career touched by a string of scandals.

The officer, who worked for the Met for three decades, first came to prominence as she led the investigation that saw Paul Burrell put on trial over allegations he stole 310 items belonging to Princess Diana, Prince Charles and Prince William.

The 2003 trial collapsed in embarrassing circumstances and she was accused of being among the officers who ‘grossly misled’ Charles and William about the royal butler’s chances of prosecution.

It collapsed after 12 days when it was revealed the Queen had come forward at the weekend with crucial information that proved him innocent and he was seen weeping into his barrister’s black robes as he was freed.

‘Regina versus Burrell’ was effectively halted by Regina when the Queen wondered about the relevance of Mr Burrell telling her, a few weeks after Diana died, that he had taken some of her papers for safekeeping.

An ‘independent’ inquiry effectively exonerated then DCI de Brunner who would continue to rise up the ranks at the Met to the high post of Deputy Assistant Commissioner and reports at the time suggested she felt she was scapegoated over Burrell’s bungled court case. 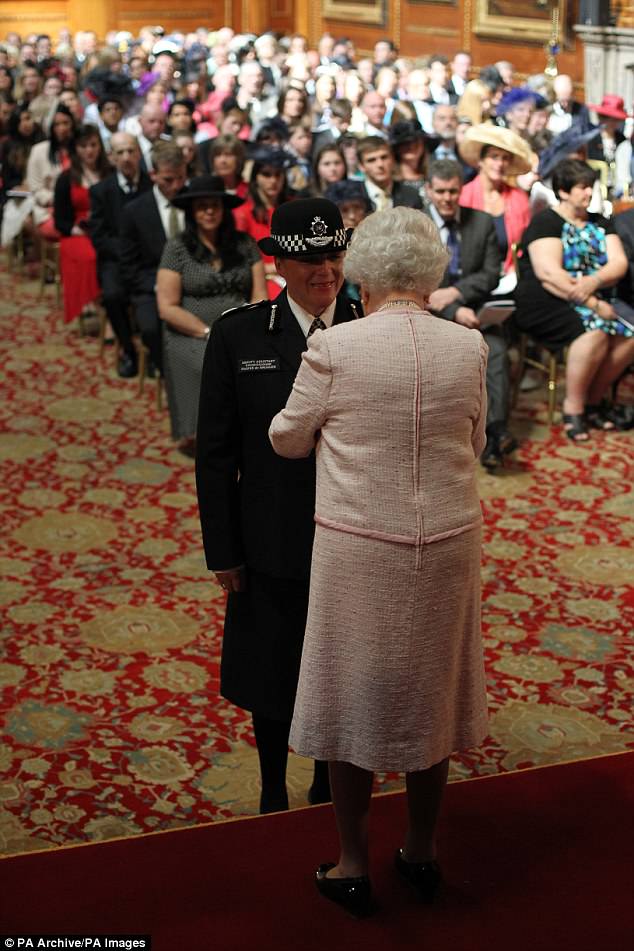 But in 2013 she was in the news again, this time after the Met spent £660 on a ceremonial head-dress for her while having to make £500 million of cuts.

The force was accused of ‘wasteful spending’ after it emerged it laid out for de Brunner’s Napoleon-style hat with a black and white feathered plume.

Scotland Yard defended it claiming the £660 hat had to be bought on health and safety grounds, saying it had to be exactly fitted as it has no chin strap.

Then in July 2016, as Adrian Denby’s discrimination case raged, it was revealed she was facing disciplinary action after allegedly arranging for dozens of police officers, along with dogs, horses and cars, to entertain pupils at her son’s private school.

It was claimed she asked for a massive deployment of officers and specialist units to Chinthurst School in Surrey, at an estimated cost to taxpayers of £10,000 – at a time when the UK was on high terror alert.

She gave staff a long list of the expensive assets she wanted to spend a whole day at the primary school, including a firing range, an armed response vehicle, riot vans, mounted officers and dogs, it was said.

The controversial event was planned for June 2016, but was cancelled after her bosses were told it was an inappropriate use of scarce resources.

But The Mail on Sunday revealed an almost identical event at the school, instigated by De Brunner, had previously gone ahead.

Chiefs then asked Hertfordshire Constabulary to investigate the then 50-year-old for misconduct over her plan.

But in August 2016 it emerged that the top cop would be allowed to retire while still the subject of the misconduct probe and hoped to cash in on her expertise by becoming a leadership consultant.

Her updated profile on social network LinkedIn said she will be ‘augmenting my service to the promotion of exceptional leadership’.

It is believed she was allowed to leave the Met as she was not facing a ‘gross misconduct’ charge that could have seen her sacked or prosecuted.

Ms De Brunner had been in the Met for 30 years so will be able to claim her full taxpayer-funded pension.