Ex-policemen jailed for filming his sex with 7 women

Jayson Lobo, 48, has been jailed for three years

An ex-police officer who secretly filmed himself having sex with seven women has been jailed for three years.

Jayson Lobo, 48, who won the British 800m title in 1998, met most of his victims on dating website Match.com and covertly recorded them on his mobile phone.

His deceit, which the sentencing judge described as ‘staggering’, was uncovered when one of his victims found out he had a long-term partner during their relationship.

She had earlier caught him on one occasion filming her as they had sex but he had promised her he would delete it.

The woman thought that too could be a lie and decided to make a complaint to police.

Lobo, from Blackburn, was arrested and had his phones seized which revealed the full extent of his offending.

Last month he was found guilty by a jury at Liverpool Crown Court of 11 counts of voyeurism and cleared of seven counts of the same offence, including one count relating to an eighth woman.

The offences were committed between December 2011 and March 2015 when Lobo was a serving Pc with Lancashire Constabulary.

Sentencing, Judge Neil Flewitt QC told Lobo: ‘Each of these women consented to the sexual activity.

‘They did not consent to the recording of that sexual activity.

‘I am entirely satisfied that your reasoning for doing so was for sexual gratification to create a library of personalised pornography.

‘That was a calculated and selfish course of conduct, pursued without regard for the feelings of those women concerned.’

He said the level of deceit required to commit the offences was ‘staggering’ as Lobo was in a relationship with another woman throughout and she had no idea he was using a dating website to meet others.

The judge said some of his victims fell in love with the defendant but the discovery of his true motives had left many of them ‘feeling betrayed and worthless’.

He added he was sure their knowledge he was a police officer had lulled the women into a false sense of security. 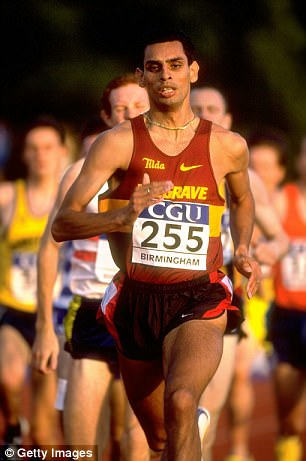 Lobo had claimed the women, who did not know each other, had all come to court to tell lies for different reasons.

Giving evidence he said either he told them he was filming their encounters or the positioning of the phone was so obvious that they knew what he was doing.

His account meant the video clips of the ‘most intimate sexual nature’ had to be played to the jury.

Although this was done in the absence of the complainants, Judge Flewitt pointed out: ‘All the women knew these recordings had been shown to complete strangers.

‘Some were cross-examined about them. Some were visibly distressed when giving their evidence.

‘It is no exaggeration to say that your offending has caused lasting damage to many of those women.’

Lobo, from Mellor, Lancashire, was sentenced to six months in custody for the offences against the victim who made the initial complaint to police and five months each for his remaining six victims.

He was sacked from the force last August in a separate case for committing gross misconduct when he shared details, commentary and images from police incidents to women he was looking to impress.

The court heard Lobo had a long-term lover throughout all his infidelities and he told the jury that they were still together.

Lobo, who competed in the 1998 Commonwealth Games and missed out on the 2000 Sydney Olympics only due to injury, was even branded last month by his own barrister as an ‘absolute shyster’.

In mitigation on Friday, Andrew Alty asked the judge to consider imposing a suspended jail sentence as he argued his client had deliberately and consciously placed the images in a location where nobody could see them except for himself. 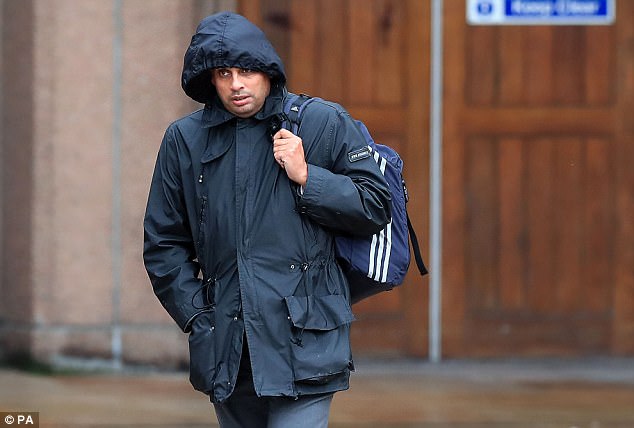 He said Lobo had served with Lancashire Police for 24 years and three days before he was arrested was set to be commended for his efforts in helping to apprehend suspects in a murder case.

Lobo was now in receipt of benefits, he added, and would lose his home if he was jailed.

Judge Flewitt told Lobo that each of his victims had to live with the knowledge that the recordings existed and could potentially be viewed by others.

He ordered the destruction of the recordings and screenshot images.