The former Post Office boss at the centre of an IT scandal has stepped down from a Church of England ethics committee.

Paula Vennells, 61, has taken a ‘leave of absence’ from the Church’s ethical investment advisory group.

It follows a complaint that the part-time priest breached the group’s code of conduct because of her tenure as chief executive of the Post Office between 2012 and 2019.

Between 1999 and 2015, hundreds of Post Office staff were sacked, bankrupted or wrongly convicted after cash appeared to vanish from their tills.

Mrs Vennells made the decision to fight postmasters in court in a compensation battle that cost the taxpayer £90million, despite being told years earlier that there could be flaws in the IT system

It was later ruled that shortfalls in the accounts of branches were the result of flaws in the Post Office’s IT system, called Horizon.

Figures suggests more than 1,100 postmasters were affected by the scandal.

Mrs Vennells made the decision to fight postmasters in court in a compensation battle that cost the taxpayer £90million, despite being told years earlier that there could be flaws in the IT system.

She went on to land roles as an adviser to the Cabinet Office and chairman of Imperial College Healthcare NHS Trust in London. She resigned from her Cabinet Office position in March.

In the 2019 New Year’s honours list the married mother-of-two, who was paid £4.5million during her Post Office tenure, was made a CBE for ‘services to the Post Office’.

She receives £140,000 a year in total as a non-executive director of supermarket chain Morrisons and homeware retailer Dunelm. Her part-time role as a priest in Bedfordshire is unpaid.

This week, Mrs Vennells caused outrage as she sought to shift the blame for the scandal on to the Post Office’s computer experts, lawyers and even postmasters.

MPs said she was throwing others under the bus to save her own skin, and that she had treated postmasters ‘with contempt and derision’.

The Daily Mail has led the way in exposing the scandal as part of the Save Our Post Offices campaign.

As a member of the Church’s ethical investment advisory group (EIAG), Mrs Vennells helps advise it how to invest its £12billion of assets ‘in a way that is distinctly Christian and Anglican’.

But the Church confirmed she had ‘taken a leave of absence [from the EIAG] as she engages with’ an inquiry by the Commons business committee into the Horizon scandal.

‘The EIAG is not conducting an investigation,’ the Church said. An insider said the decision was Mrs Vennells’s.

It comes after calls for her to be ‘defrocked’. Labour MP Karl Turner called on her to step back from her other public roles. 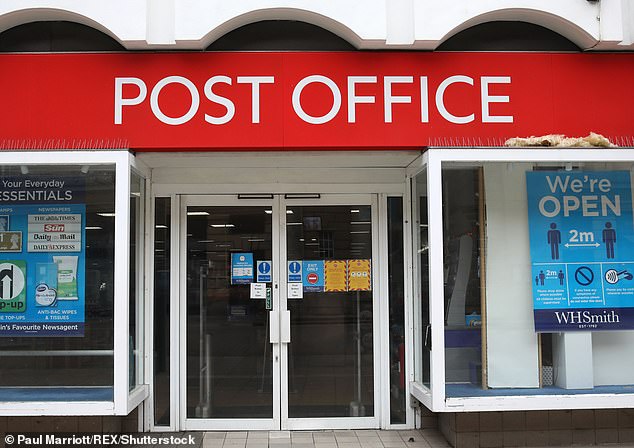 It was later ruled that shortfalls in the accounts of branches were the result of flaws in the Post Office’s IT system, called Horizon

The former shadow attorney general said: ‘Many hundreds of sub-postmasters were put through the wringer whilst she was at the helm.

‘Any decent person would do the right thing and stand down from all posts paid or unpaid now. She cannot be trusted until we get to the bottom of this scandal.’

Mrs Vennells said: ‘It was and remains a source of great regret to me that these colleagues and their families were affected over so many years.

‘I am truly sorry we were unable to find both a solution and a resolution outside of litigation and for the distress this caused.

‘I am currently engaging with the [Commons committee] inquiry and will do all I can to support efforts to get to the bottom of what has happened.’