Baby-faced ex-private schoolboy, 25, is charged over the murder of gang defector Shane Bowden after he was executed in his driveway in late-night ambush

A former private schoolboy who is the son of one of Australia’s bikie heavyweights has been charged over the execution of a gang defector.

Haydn Forbes, 25, is one of nine alleged members of the Mongols Outlaw Motorcycle Gang arrested in recent days following the violent driveway shooting on the Gold Coast in October 2020.

His father is an infamous Mongols enforcer known as Nick ‘The Knife’ Forbes who in 2019 was revealed as the alleged national president of the club.

Haydn was a student at the elite Chisolm Catholic College near Beenleigh in south-east Queensland until he graduated in 2011.

The group of nine men were arrested over the alleged murder of Shane Bowden, 47, who had defected from the Finks to the Mongols but was understood to have been trying to go back to his old club. 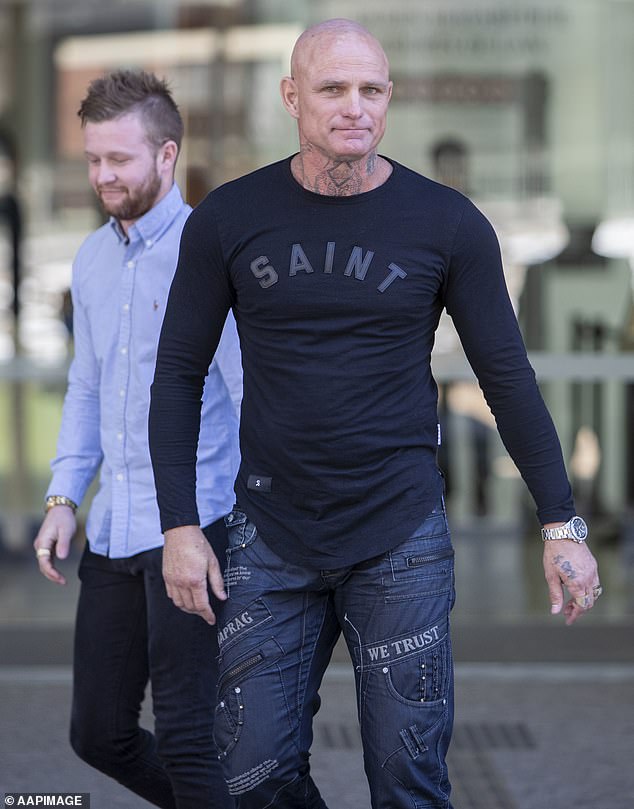 South-Eastern Police Regional Crime Coordinator, Detective Superintendent Brendan Smith said the arrests were part of an effort to dismantle the so-called ‘brotherhood and code-of-silence’ within the club, The Courier Mail reported.

‘This was a calculated and premeditated act with many people involved in varying aspects of the execution of Shane,’ he said.

Detectives are also offering a $250,000 reward and possible immunity from prosecution for information on the case.

Nick Forbes has done a number of stints for violent offences – including for his role in the infamous 2006 ‘ballroom blitz’ brawl at the Gold Coast’s Royal Pines resort.

The fight was one of the wildest bikie scuffles in the country’s history in which a kickboxing tournament erupted in rival gang warfare as bikies armed themselves with knives, chairs, and guns. 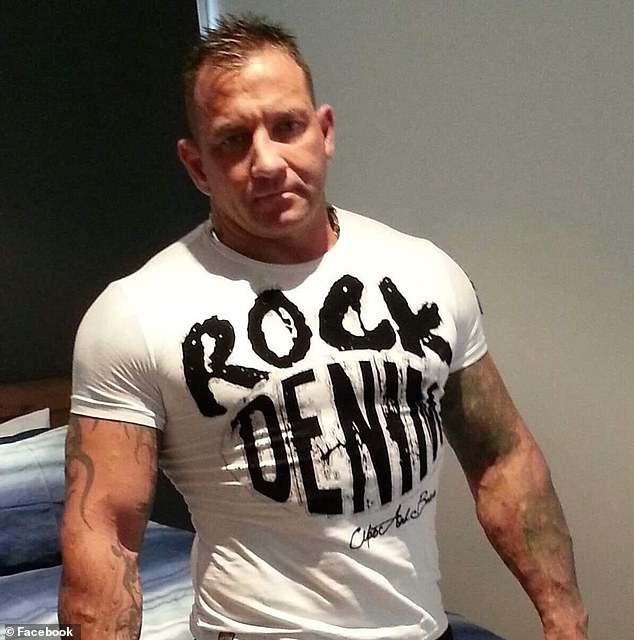 Shane Bowden, 47, had defected from the Finks to the Mongols but was understood to have been trying to go back to his old club

He also went to jail for a violent melee in South Australia  – when he himself was a member of the Finks OMCG – in which he attacked a rival gang member with a bar stool.

In 2019 police revealed he had stepped up as national president of the Mongols club while based at the Gold Coast and was actively trying to recruit new members.

His son has previously steered mostly clear of trouble save for a cocaine charge against him last year.

He was allegedly found with about half a gram of cocaine on him in March 2020 though those charges were dropped last week – just days before he was charged over Shane Bowden’s murder.

The junior Forbes played basketball in high school and also tried his hand at boxing, even posting a video of him sparring with former world champ boxer Michael ‘The Spartan’ Katsidis.

His other Facebook posts show a well dressed and clean-cut looking Forbes posing with various friends – some in Mongols colours. 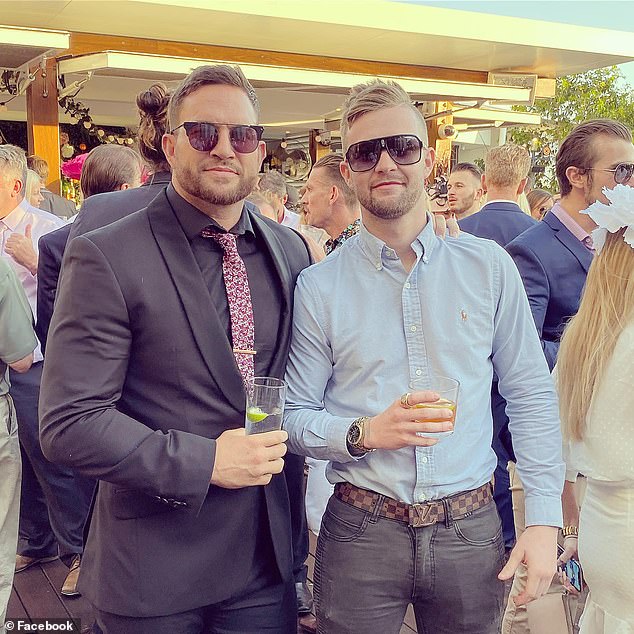 In some pictures wearing shorts and t-shirts a large sleeve and leg tattoo are visible.

A 2016 post about his father’s two-and-a-half year sentence over the Adelaide brawl told his followers his father: ‘asked me to thank everyone who has supported him through the whole court process and asked me to send his love to everyone also’.

Haydn’s lawyer Michael Gatenby – who is also representing the other eight men charged – said he would be ‘surprised’ if a murder charge stuck against most of them.

Police previously released vision of the lead up to the shooting and appealed for public assistance.

The CCTV footage showed Bowden driving into a garage unit at his Pimpana complex late at night as two men trailed behind. 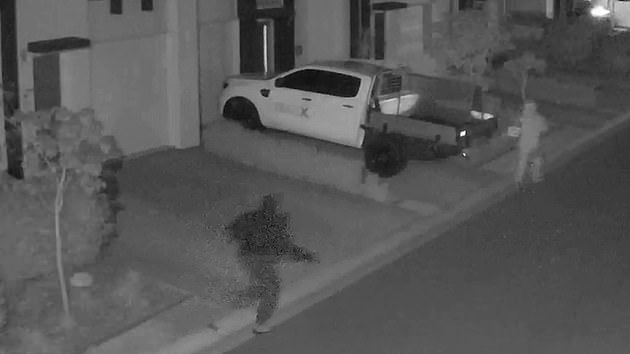 Two men are seen running down Shane Bowden’s street as he arrives around midnight on October 12, 2020

The pair, one carrying a long firearm, could be seen running from nearby vacant land and rushing the car as he parked, before unloading a flurry of bullets.

A total of 21 rounds were fired, 19 from a machine pistol and two from a shotgun before the offenders ran back to a waiting silver commodore and fled.

Police allege three weeks before the brazen execution, Mr Bowden’s car had been fitted with a GPS tracker.