A successful restaurateur has been accused of choking his ex-wife and then throwing her down the stairs of her apartment in a dispute over access to the couple’s children.

Daniel Dafkovski, who was involved with a number of restaurants on the NSW south coast, was refused bail last week after after he followed up the alleged attack in the couple’s apartment in Coniston on December 5th by allegedly posting a picture of his wife in her underwear to Facebook.

The image, which police allege in documents tendered to the court was taken from her phone without her permission, was posted to his Facebook page on December 15th.

Police allege the couple were fighting over the custody of the couple’s two children when Dafkovski’s ex-wife then sent a text message complaining about his behaviour to his mother, the Illawarra Star reported.

However, police allege she accidentally send the message to Dafkovski, which saw him jumping on top of her in the bedroom, choking her so badly shouldn’t breath or scream.

Police allege Dafkovski then dragged her out of the room by her arms and threw her down a set of stairs before she fled.

Dafkovski was refused bail by Magistrate Michael Stoddart and will return to court this week.

His lawyer says he will fight the charges in court.

Dafkovski is one of the founders of ‘Postmans Quarter’ which was remodeled into the popular Para in Thirroul. 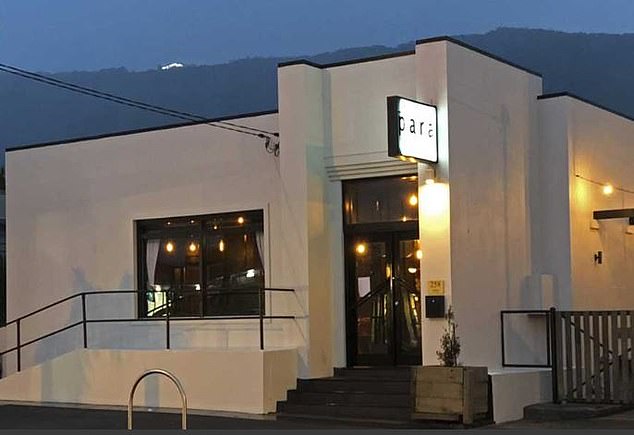 The former restaurateur was involved in a number of restaurants in Wollongong, including Postman’s Quarter, which became Para in Thirroul (pictured)