A former sergeant major who fought in both Gulf wars and was paid £45,000 stood by a roundabout with a ‘job wanted’ sign after 400 failed applications.

Wayne Taylor signed up for the army aged just 16 and served for 25 years in Afghanistan, Bosnia, Kosovo and Northern Ireland, as well as both Gulf wars.

Frustrated over his 400 failed job applications, he resorted to drastic measures and stood at the entrance to Chester Business Park with a placard saying ‘Job wanted. Educated to degree level. Speak to me please’.

Wayne Taylor (pictured) resorted to drastic measures after failing to get 400 jobs he applied for. The 46-year-old stood outside the entrance to Chester Business Park with a sign reading ‘Job wanted. Educated to degree level. Speak to me please’ in a bid to get an offer

Mr Taylor, of Garden Village, Wrexham, has had brief stints working as a carer and a prison custody officer, but has not settled into a permanent position since leaving the army.

He said: ‘The trouble with trying to get work if you’re ex-army is they look at us and think we were only there to kill people – that’s putting it bluntly but it’s how it is. It’s not easy.

‘Things have been really difficult so I thought it was time to be proactive and try something different. 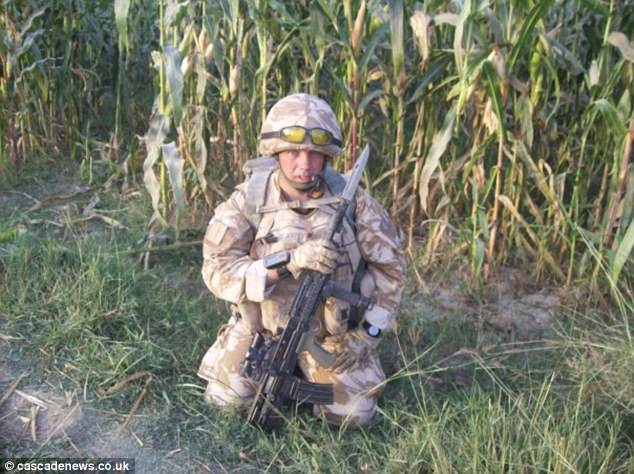 ‘I’ve had no response from so many applications, I just thought ‘go and give it a try and see what happens’. It might just work.’

His wife Laura, who he met via the forcepenpals website, said: ‘When employers see his CV with ‘military’ on it, all they think is ‘thick squaddie’.

‘But my husband led hundreds of men. He’s not a thick squaddie.

Mr Taylor has been offered jobs, but has not found anything that he believes matches his abilities and skill set.

He says he would be ideally suited to a role in logistics or management, with warehouse management or an office role being among his preferred options. 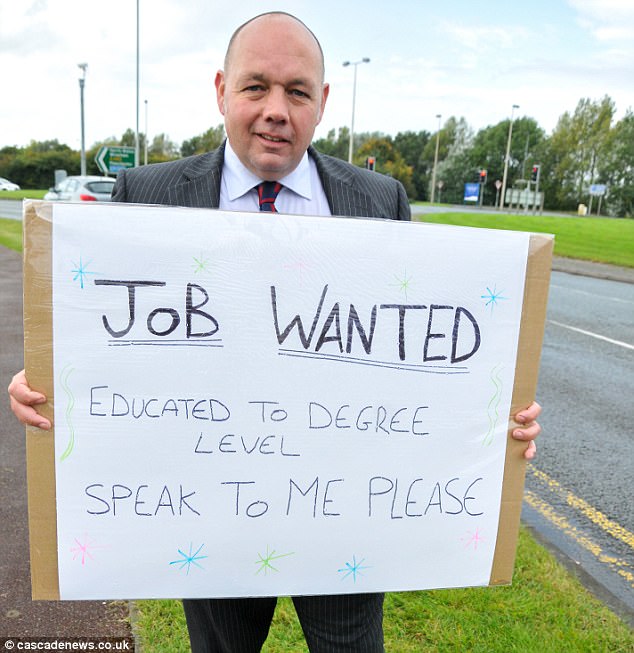 Mr Taylor, of Wrexham, was paid £45,000 after 25 years in the army. He served in both Gulf wars and in Afghanistan and Kosovo

After leading hundreds of men during his time in the army, he has since gained a Level 6 qualification in leadership and management.

She joined her husband by the roundabout near the business park on Friday, where he was approached by representatives from a few firms.

She said: ‘He was offered £8 an hour to deliver mattresses. No disrespect to people who do that, but he is capable of so much more.’

Wayne has been treated for post-traumatic stress disorder and has seen some of his former comrades take their own lives since leaving the army, Laura said.

She added: ‘They did not feel manly enough to keep their families. It’s heartbreaking.’