Ex-serviceman with PTSD was caught on camera kicking poppy wreaths

A former serviceman who was caught on camera kicking poppy wreaths off a Cenotaph memorial was today fined £250.

Peter Lear, 49, was filmed for 10 minutes as he systematically kicked the wreaths around the ground in the early hours of the morning.

He suffers from PTSD and could be heard muttering about ‘Home Office corruption’ during his appearance before Bristol Magistrates Court.

Lear, from Bristol, admitted one charge of criminal damage and now claims he ‘no longer considers himself a British national’.

Peter Lear, 49, was caught on camera as he kicked poppy wreaths on the Cenotaph for 10 minutes 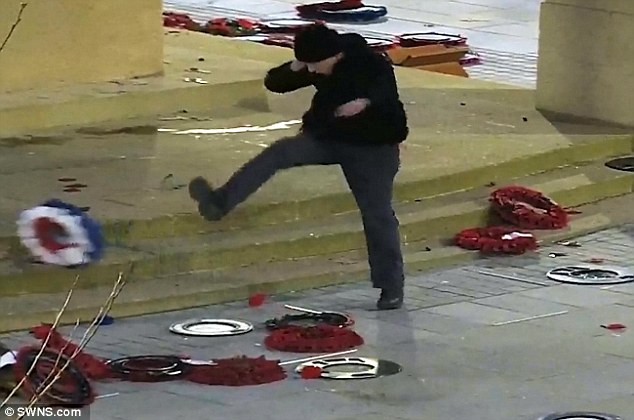 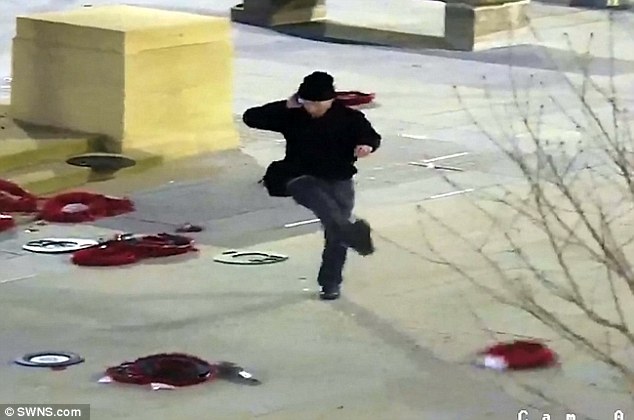 He told a judge: ‘No I’m bloody not’ when he was asked if he considered himself to be an English national

When asked if he was a British national, he replied ‘I was’ and added: ‘The way I have been treated over the past decade is disgusting.’

When the District Judge Lynne Matthews asked him: ‘Are you an English national?’, Lear replied: ‘No I’m bloody not.’

The defendant was reprimanded for swearing in the courtroom.

Jeremy Oliver, prosecuting, described how the incident took place at 6.30am in the centre of Bristol on February 25.

He said: ‘A street cleaner working in the city centre said he spotted a male kicking the poppies on part of the Cenotaph.

‘He had been watching the man for a while, and he said he found the male’s behaviour disturbing and it caused him distress. He called 999.

‘The male was kicking the poppy wreaths for approximately ten minutes, and he saw another male filming him.’

Lear interrupted to say: ‘It looks as though I’m brushing them off the step with my foot. It doesn’t look like I’m actually kicking them.’ 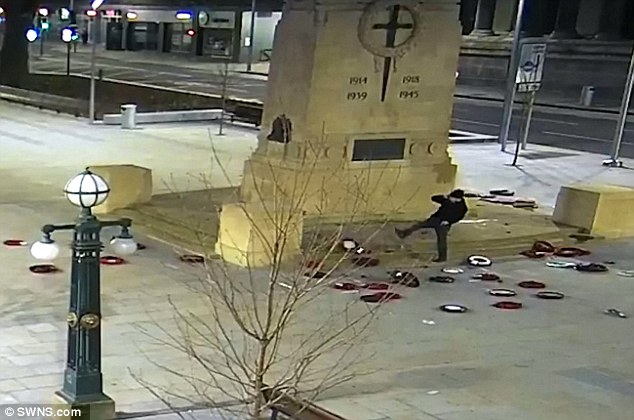 Jeremy Oliver, prosecuting, described how the incident took place at 6.30am in the centre of Bristol on February 25 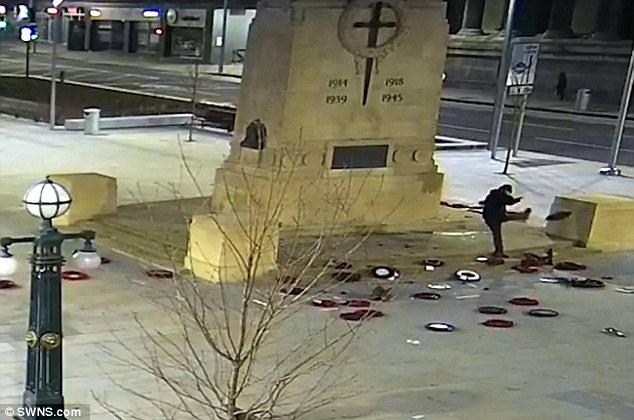 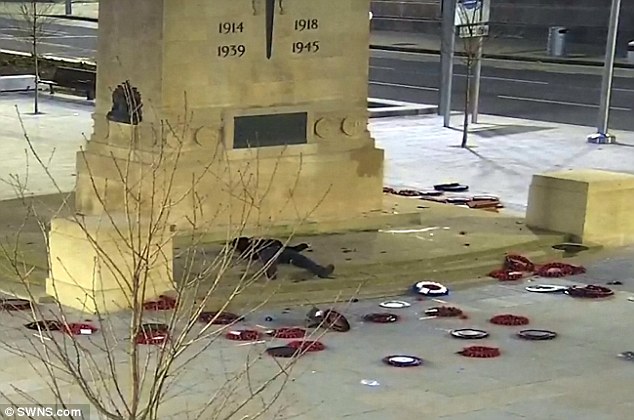 The prosecutor continued: ‘At one point he sits on a park bench, at another point he walks off towards Broadmead.’

Matthew Coner, defending, said: ‘He was in the Armed Forces and is diagnosed with PTSD. He has a personality disorder and was sectioned recently.’

Mr Coner urged the court to give Lear a conditional discharge.

Sentencing, Judge Matthews said: ‘These are placed in the centre in memory of the great sacrifice men and women made for this country.

‘You literally trampled over the poppies. I watched the CCTV showing you kicking them across the ground.

‘I understand from what I have been told that you served in the Armed Forces. I understand that has left you with a lot of issues you have now.