Former Sydney Swans star Adam Goodes, has revealed how he moved on after a 13-year-old girl called him an ape in a shocking racist attack.

It’s been five years since the girl racially abused Adam Goodes at a Sydney versus Collingwood game during an Indigenous round in 2013.

Goodes said he had to step away from the game he loved because things were starting to get toxic.

Facing backlash and booing while playing for the Sydney Swans was brutal for Goodes, who had to face the negativity every time he was out in public.

Speaking to Waleed Aly on The Project, Goodes who retired more than two-and-a-half years ago from AFL, says he is happy and optimistic despite all he’s been through.

‘I’ve been great. Happily married, travelling the world. I started a new business, and I’m part of some really special campaigns that are close to my heart,’ Goodes told Aly.

Asking Goodes about the controversial incident, Aly asked if he knew it was five years since he was racially abused by a 13-year-old girl. 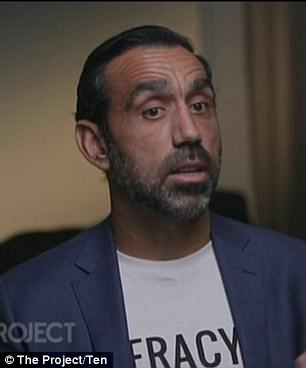 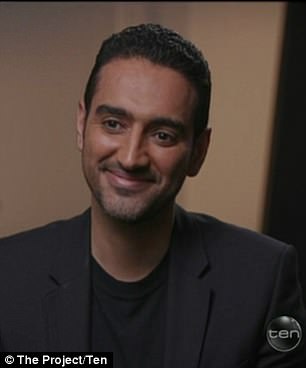 Speaking to Waleed Aly (right) on The Project, Goodes (left) says he is happy and optimistic despite all he’s been through 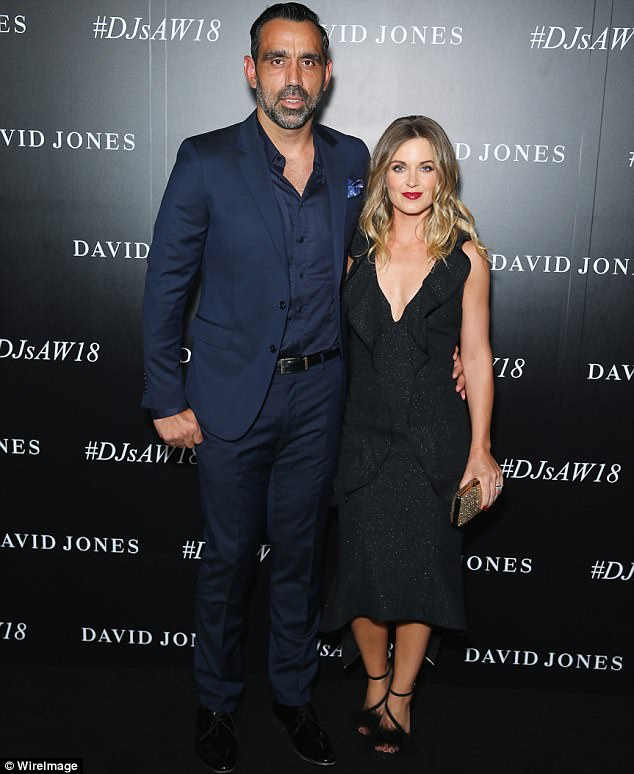 ‘So I’m not sure if you’re aware, this week is five years since that fateful game against Collingwood. That’s where that Collingwood supporter called you an ape and that set in motion a series of events,’ Aly asked.

Goodes said he was completely shattered when he realised it was a 13-14-year-old girl and he said he wouldn’t have changed his actions because it was during an Indigenous round.

‘When I turned around and pointed, I was shattered it was a 13-14-year-old young girl. 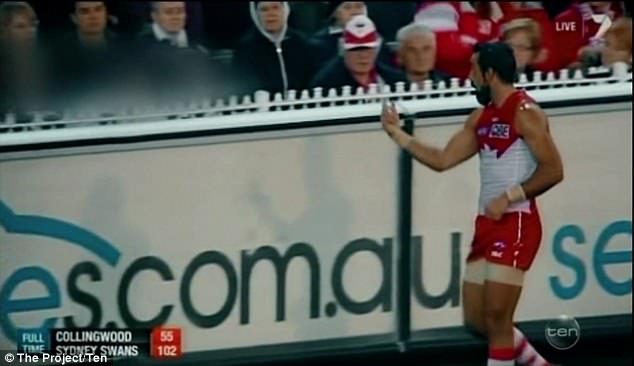 ‘When I turned around and pointed, I was shattered it was a 13-14-year-old young girl 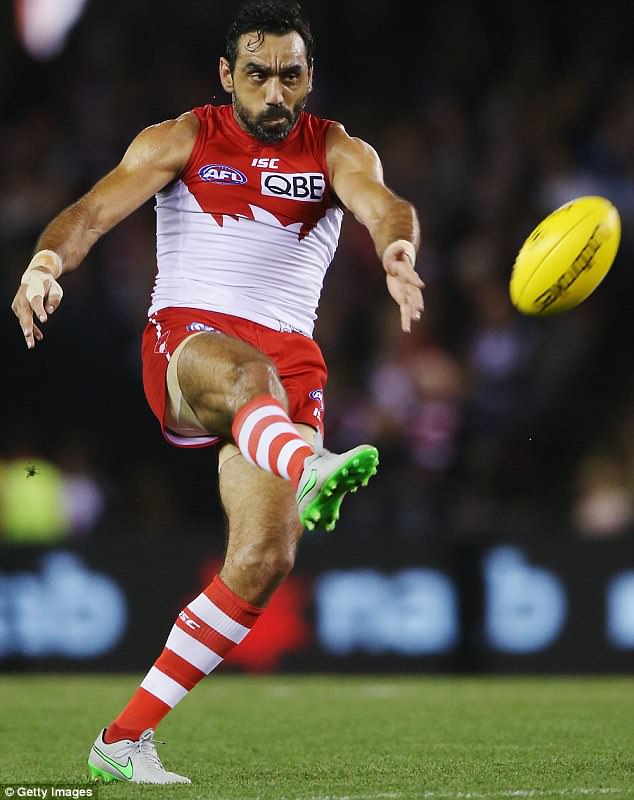 Adam Goodes of the Swans kicks the ball during the round 22 AFL match between the St Kilda Saints and the Sydney Swans at Etihad Stadium on August 30, 2015 in Melbourne, Australia

In 2014, Goodes was named Australian of the Year.

According to the National Australia Day Council, Goodes was chosen ‘for his leadership and advocacy in the fight against racism both on the sporting field and within society – a stance which has won him the admiration and respect of people around Australia.’

Aly asks the Goodes about how the rumours that were circulating that he only won Australian of the Year as a ‘victim prize’ after the incident with the girl.

‘If I listened to everyone’s comments about me, then I probably would lock myself in a hotel room and close the blinds and never come out.

‘That’s no way to live your life.’

Now taking on a different lifestyle, Goodes is now working with the Australian Literacy and Numeracy Foundation and says he’s excited to see what will happen in the next 12-18 months.

‘It’s a basic human right to read and write and with 90 per cent of these kids, you see that improvement.’ 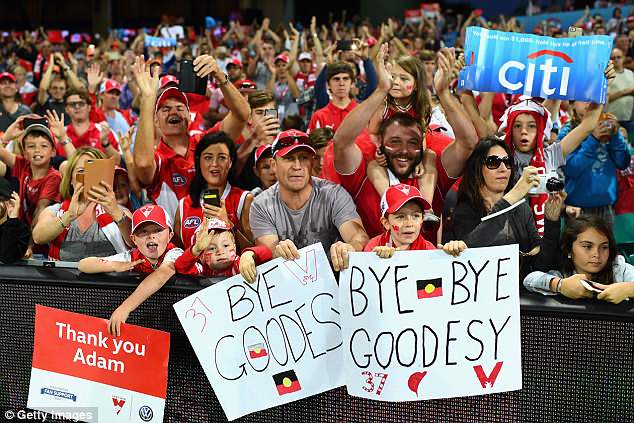