The fit-to-practise tribunal in Manchester had already heard of the loss of two of Freeman’s laptops, one of which he says was stolen while on holiday in Greece and another which he destroyed.

But it was disclosed that in August 2011, three months after an order for banned testosterone had arrived at the Manchester Velodrome HQ of Sky and British Cycling, Freeman emailed governing body Union Cycliste Internationale to tell them he had lost his hard drive and ‘much data with regards to the monitoring of bloods and riders at the Giro D’Italia and Tour de France’.

He added: ‘All are normal and I will forward once fresh hard copies have come,’ he added.

Simon Jackson QC, for the General Medical Council, said to Freeman: ‘This seems to be an unfortunate third occasion when you’ve either lost or broken a hard drive. What were the circumstances in which you lost your hard drive on this occasion?’

Initially, Freeman claimed this was in relation to the laptop stolen in Greece. But when pointed out that the theft took place three years later in 2014, Freeman claimed he had not lost a hard drive in 2011 but that he had not been able to access it.

‘If you’d lost access, surely you would have said I am unable to access data,’ said Mr Jackson. ‘You wouldn’t say I’ve lost it or am I being pedantic?’

‘I don’t think you are being pedantic,’ Freeman replied. 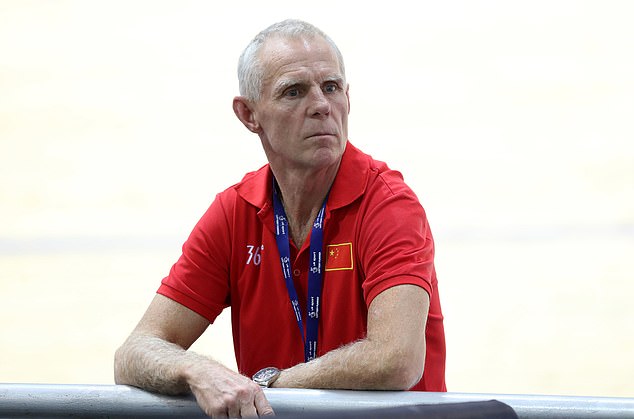 Freeman admitted he expanded his anti-doping knowledge when he joined the teams in 2009, but said he did not use that information to break the rules.

Freeman was asked if the practice of micro-dosing — a doping technique — had been brought to his attention before he ordered the 30 sachets of Testogel. He spoke of an ‘eye-opening’ lecture senior management had been given on the issue.

The 60-year-old admits ordering banned testosterone but denies ‘knowing or believing’ it would be used to improve an athlete’s performance. Instead, he claims he was bullied into ordering it by Shane Sutton in order to treat the coach’s alleged erectile dysfunction.