I’m NOT a fan of Boris’: Ex-Today show host John Humphrys reveals he didn’t vote for the PM and accuses him of being ‘great at bluster’ but no good at ‘delivering’

Former Today show presenter John Humphrys has revealed he is ‘not a fan’ of Boris Johnson and did not vote for the Conservative Party leader.

Mr Humphrys, who was a presenter on BBC Radio 4’s flagship programme for more than 30 years before stepping down last year, said he did not vote for Mr Johnson as Prime Minister.

Mr Humphrys, 76, had to keep tight-lipped about his personal views due to the state broadcaster’s impartiality rules, but is now free to divulge his true feelings.

Former Today show presenter John Humphrys, 76, has revealed that he is ‘not a fan’ of Boris Johnson and did not vote for the Conservative Party leader

In an interview with Times Radio, set to be broadcast on Sunday, Mr Humphrys was asked whether he had voted for Mr Johnson.

He said: ‘No, I didn’t vote for Johnson.

‘I’ve not been a fan of Johnson… I can say that now, I couldn’t say that a year ago, could I?

The Mastermind presenter, who also presents a weekly show on Classic FM and works as a columnist, said the Prime Minister was not ‘too good’ at delivering.

He said: ‘There’s a lovely old Welsh expression, I’m not allowed to use it because this is public broadcasting, but he’s full of something; something and wind.

‘He’s great at the bluster bit but he’s not too good when it comes to delivering.’ 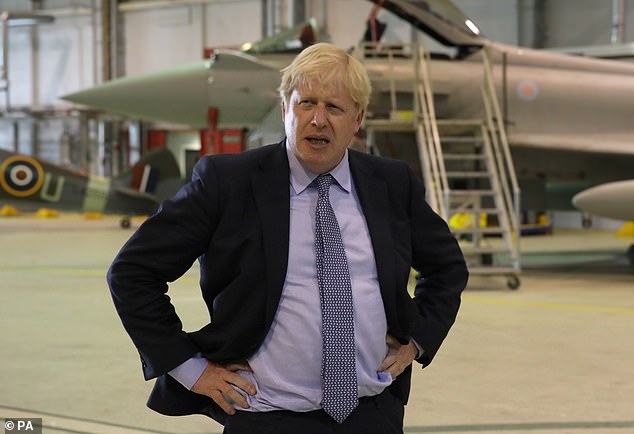 Boris Johnson was slammed by the broadcaster and columnist as ‘great at the bluster’ but not ‘too good when it comes to delivering’, during in an interview with Times Radio

Mr Humphrys added that he could not see that the Conservative Party leader had ‘gained’ from his upbringing and private school education.

He said: ‘His background is, for somebody like me… a working class boy and all that, anathema.

‘You know, he had all the benefits, all the advantages of going to the finest school in the world, if that’s what Eton really is… and a wonderful university, all the rest of it.

‘I can’t quite see what he gained from all that. He’s not a man I hugely admire, let’s put it like that.’

During the interview, Mr Humphrys reiterated that he voted Remain during the 2016 European referendum, an admission he first made in his autobiography A Day Like Today, published last year.

But the Daily Mail columnist insisted it was ‘complete rubbish’ that he had a dislike for all politicians. 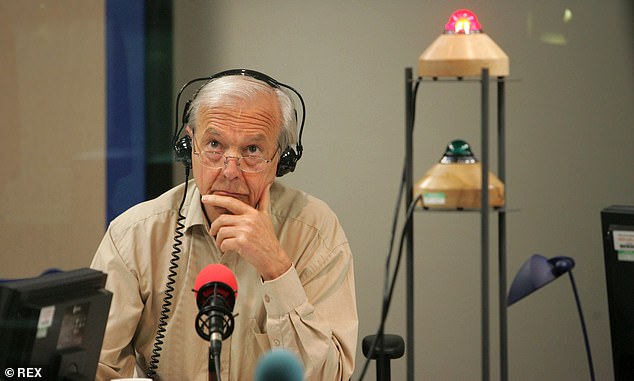 Mr Humphrys was a presenter on BBC Radio 4’s flagship programme for more than 30 years before stepping down last year, leaving him free of the state broadcaster’s impartiality rules

He added: ‘I mean, they are people and some of them are jolly good people who go into politics to try to make the world a better place.

‘And some of them are tossers, just like the rest of the human race.’

Despite facing complaints that he was guilty of pro-Brexit bias during his Today tenure, he told Times Radio about how, after growing up in the post-war period, he had become convinced a common market would help sustain peace between nations.

‘I voted Remain and felt fairly strongly about it,’ he continued.

‘But obviously I hope it didn’t show. I did my job, I hope, which is to question both sides with equal vim and vigour and all the rest of it.’