Former Tour de France winner Jan Ullrich has been bragging about how his girlfriend is happy for him to sleep with other women.

The 44-year-old, the only German cyclist to ever win the Tour de France, said his partner accepts infidelity as she understand that he is ‘a young man who needs sex’.

Ullrich is currently out on bail pending an investigation into attempted manslaughter, after he allegedly assaulted a prostitute in Frankfurt. 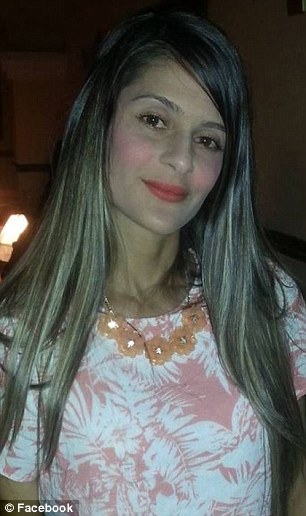 Open relationship: Ullrich, left, claims his girlfriend Elizabeth Napoles, right,  is happy for him to be unfaithful because she understands he ‘needs sex’ while on the road

In an interview conducted in the wake of his arrest, he claims Elizabeth Napoles, whom he started dating earlier this year after meeting in Mallorca, has given him permission to cheat.

‘And if I’m on the road for four weeks, then I can get that from other women before I sweat it out, which is not possible anyway.’

It comes just two weeks after he was arrested at a luxury hotel in Frankfurt following an argument with a prostitute.

The 31-year-old victim claims he physically assaulted her, choking her ‘until her vision went black’. 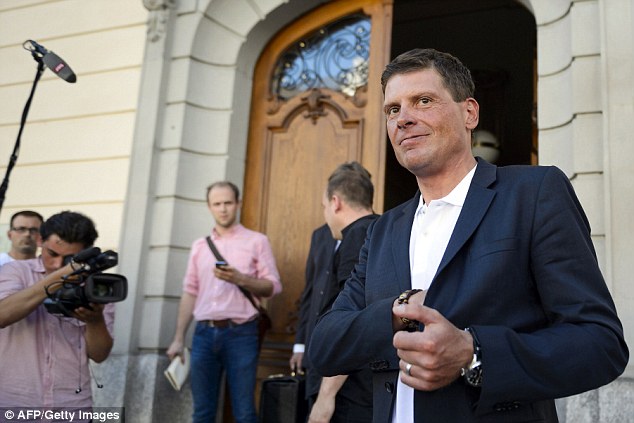 Ullrich is currently out on bail pending an investigation into attempted manslaughter, after he allegedly assaulted a prostitute in Frankfurt

Ullrich, who split from his wife Sara last year due to his long-running battle with alcohol and drugs, was in Frankfurt to receive treatment for substance abuse.

The 44-year-old former cyclist ‘was under the influence of alcohol and drugs’ upon arrest, a police spokesman said.

Just days earlier, he had been detained on Mallorca over ‘forceful entry and threats’ on his neighbour, German actor and film director Til Schweiger.

Schweiger told Bild that Ullrich ‘had almost become a family member but when his wife left him he started taking amphetamines: he would only sleep for two hours.

‘He’d start drinking beer at 6am and went on like that until the evening. He also told me that he had a prescription for cocaine.’

Ullrich was questioned by a judge, and subsequently released and given a restraining order, a court spokeswoman said. 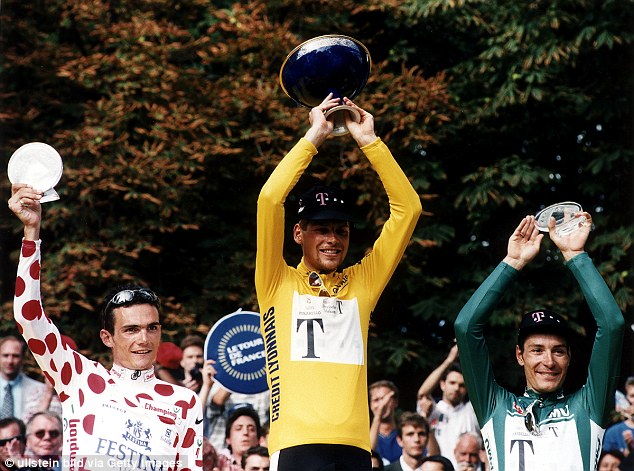 The former cyclist and Olympic gold medal winner, pictured on the Tour de France podium in 1997, came clean about doping in 2013

The former cyclist is known for being the only German to have won the Tour de France in 1997, and also won Olympic gold in Sydney in 2000.

But he was then embroiled in doping allegations and excluded from the 2006 Tour de France over his links to the Operation Puerto scandal that centred on disgraced doctor Eufemiano Fuentes, who gave performance-enhancing blood transfusions to top cyclists.

He finally came clean in 2013 about his doping past.

In 2014, he injured two people in a car crash in Switzerland, and was charged with drink driving.

He was convicted three years later and sentenced to 21 months in prison by a Swiss court.

Ullrich was able to convert that into a suspended sentence of four years plus a fine of 10,000 euros.

His addiction led to separation from his wife Sara at the end of 2017, noting that she has since moved with their three sons to the Allgaeu region of southern Germany.

Ullrich has a 15-year-old daughter from a previous relationship, with Gaby Weiss.

Going into rehab had been a condition for him to be able to see his children again.