Ex-Trump aide admits Russia ‘may have come up’ in emails

Carter Page, a foreign policy adviser during Donald Trump’s election campaign, has said that Russia ‘may have come up’ in emails with George Papadopoulos.

Page told MSBNC’s Chris Hayes on Monday that he and Papadopoulos – who has been indicted in Robert Mueller’s Russia probe – had likely shared email chains.

And Russia may have come up more than once in those conversations – along with remarks about the leaking of emails related to Hillary Clinton – Page said. 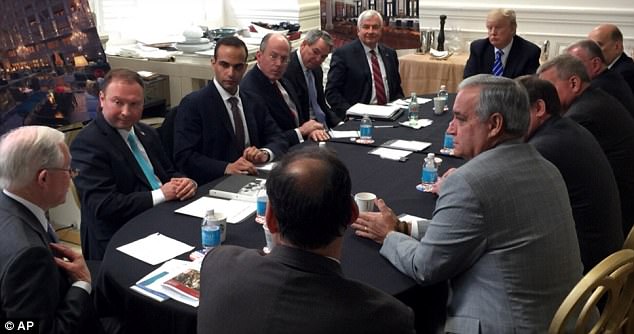 It emerged on Sunday that Papadopoulos had pleaded guilty to lying to the FBI about talking to a Kremlin-linked professor.

The professor had promised ‘dirt’ on Hillary Clinton that came from thousands of emails, according to a court document.

Hayes asked Page whether he and Papadopoulos were on email chains together, and after some vacillating, Page admitted there were ‘Probably a few, yeah.’

‘Were you on e-mail chains about Russia?’ Hayes asked.

‘It may have come up time and time again there is nothing major, yeah,’ Page said. 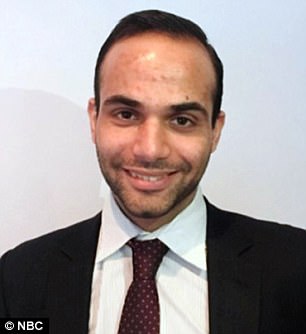 Papadopoulos talked to the professor about obtaining leaked emails regarding Hillary Clinton. Page said he ‘might have been’ on emails about the Clinton leaks but denied hearing about hacking from the emails

‘Well, I mean, nothing major,’ Hayes responded, ‘it was enough for him to lie to federal investigators about and then plead guilty to that he was having an intermediary come to him and say you should come to London and talk to someone who has Hillary Clinton’s e-mails.’

‘Listen, I’ve been focused on other things today,’ Page responded in a curious non-sequitur.

Hayes pressed Page repeatedly on whether he remembered Papadopoulos emailing about the Clinton leaks, at which Page said he ‘might have been’ on them.

‘But I definitely didn’t hear about them on [the subject of hacking] emails,’ he added.

Page told Hayes that while he was given the OK to visit Russia by the campaign, and ‘maybe told them a few things’ when he got back, he didn’t act as a go-between for them and the Kremlin.

He said he didn’t have ‘any serious discussions’ with anyone high up, and that it was ‘just man on the street, you know?’

Page went before the Senate Intelligence Committee for five hours on Friday, saying that ‘he wants to get the truth out there’. He will go before the committee again on Thursday.

When asked by Hayes whether he had an attorney, Page said he had ‘some informal advisers and a formal adviser’.

Hayes wrapped up the interview by saying: ‘I legitimately hope you’re innocent of everything, because you’re doing a lot of talking. It’s either admirably bold, or reckless.’