Slipper, 28, is understood to have tested positive to cocaine on two occasions this season.

Slipper (pictured), 28, is understood to have tested positive to cocaine on two occasions this season

‘Recently, I breached the illicit drugs policy of Rugby Australia and as a consequence, have been stood down from playing rugby for a two-month period and have also received a fine,’ he wrote.

‘I take full responsibility for my actions and apologise unreservedly to my family, the QRU, Rugby Australia, my teammates, coaches and all rugby supporters.

‘There is no place for illicit drugs in sport.’

Slipper thanked his supporters and requested privacy, and said he plans to speak publicly when he is ‘fit and ready’.

The much-loved loose-head prop is a former Queensland Reds captain and a Wallabies veteran of 86 Tests.

He captained the national side in 2015 for one Test against the USA, five years after making his international debut against England. 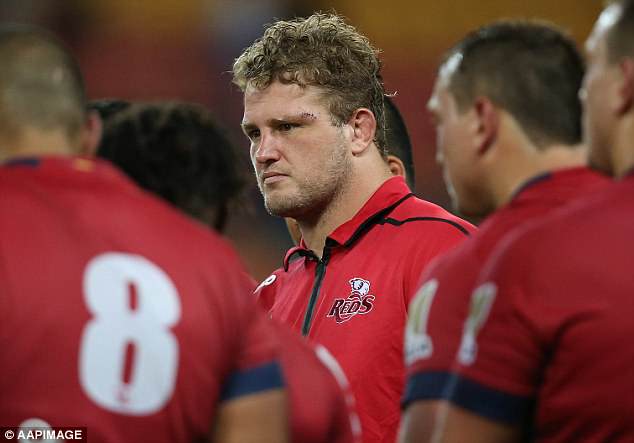