Ex-Weinstein assistant says she tried to stop him in 1998

Harvey Weinstein’s former assistant says she tried to stop him abusing women two decades ago by making him sign a legal agreement that required him to seek therapy and mend his ways.

Zelda Perkins quit Weinstein’s film company in 1998, along with a colleague who accused the movie mogul of trying to rape her.

As part of a settlement, Perkins signed a non-disclosure agreement. It kept her silent, but also committed Weinstein to attend therapy for three years. 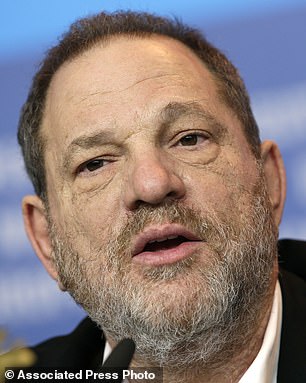 Zelda Perkins (pictured left in November 2017) quit Weinstein’s (right, in 2015) film company in 1998, along with a colleague who accused the movie mogul of trying to rape her

And it required the company to spill the beans to its then-owner, the Walt Disney Co., or to fire Weinstein if he made any more payouts over alleged wrongdoing.

Perkins said her hope was to ‘create protection for people in the future.’

Under the terms of the agreement, Perkins chose the therapist Weinstein was to consult. She doesn’t know whether he ever went to the sessions.

‘I have no idea if any of the obligations were upheld,’ Perkins said on Tuesday.

She said that a year after she left the company she ran into Weinstein at the Cannes Film Festival, and ‘he told me that everything I had done was pointless.’

Perkins is due to testify Wednesday before the British Parliament’s Women and Equalities Committee, which is investigating sexual harassment and the use of non-disclosure agreements, or NDAs.

Conservative lawmaker Maria Miller, who chairs the committee, says there are concerns the gag orders might be used to ‘mask the scale of this problem.’

NDAs are common in the corporate world, but Perkins says her experience shows they can be used to let perpetrators get away with wrongdoing while silencing their victims.

The agreement Perkins signed kept her quiet about Weinstein’s behavior for almost 20 years.

He continued to be one of Hollywood’s most powerful producers until last fall, when women – including Hollywood stars – publicly accused him of groping, exposing himself to them or forcing them into unwanted sex.

Weinstein has since been fired by the company he co-founded and expelled by Hollywood’s film academy. Police in the U.S. and Britain are investigating multiple claims of sexual assault. 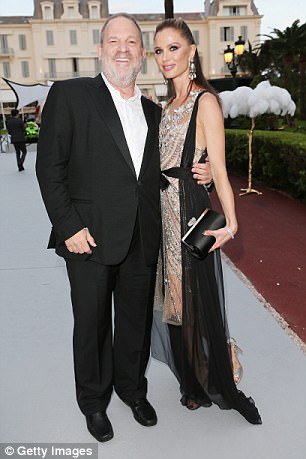 Perkins was in her early 20s and says he had barely heard of Weinstein when she began working for his then-company, Miramax, in London. She says he was a challenging employer.

‘Everybody knew that he had a roving eye and he pushed it with women,’ she said. He also had a fearsome temper, and didn’t respect usual office boundaries, sometimes walking around naked or in his underwear.

‘I was 22 and I was like, ‘OK, this is what it must be like in the big league,” Perkins said. ‘This guy is really important – he doesn’t have time to wear his trousers.’

Perkins says she wasn’t aware of any allegations of sexual assault until a younger colleague came to her in distress during the 1998 Venice Film Festival and said Weinstein had tried to rape her. The pair flew back to England and went to lawyers, ‘with the presumption that we were going to prosecute him in court.’

Told they could not prosecute in England because the alleged crime took place in Italy, the two women ended up negotiating an agreement that saw each receive 125,000 pounds (now $177,000).

While Perkins managed to get the agreement to impose conditions on Weinstein, she said the negotiating process ‘was humiliating and degrading. I was made to feel like I was in the wrong for trying to expose his behavior.’

She was told she would be held responsible if her family or friends disclosed details of Weinstein’s behavior. She couldn’t see a therapist unless the therapist also signed a non-disclosure agreement. Perkins was not even allowed to have a copy of the agreement she had signed.

Perkins said the experience left her ‘trapped in a vortex of fear.’ 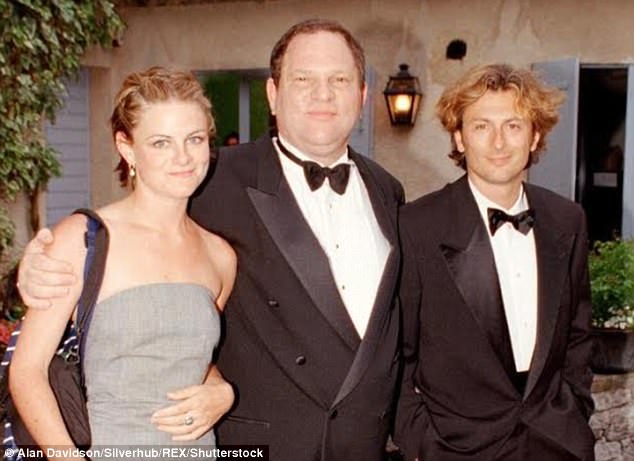 Weinstein and Perkins at the Cannes Film Festival amFAR dinner on May 21, 1998

After a couple of job interviews in Britain where people ‘presumed that I’d been his girlfriend,’ Perkins she left Britain for several years. She now works as a theater producer in the U.K.

‘I think I’m only just beginning to realize what it stole from me,’ Perkins said of her experience with Weinstein – and his lawyers. ‘It stole my belief and my confidence in myself and in society.’

She plans to urge the British lawmakers to tighten up rules so that NDAs can’t be used to silence reporting of crime.

Perkins says the Me Too and Time’s Up movements against harassment and inequality which have erupted in the wake of the Weinstein revelations have made her feel ‘hugely liberated.’

‘It’s given me a faith back in society, and huge motivation to actually join in society and do something about it,’ she said.

‘The fact that Harvey was the beginning of this snowball, to me, is just completely thrilling.’