The third day of the love triangle murder trial got underway on Thursday where Denise Williams, 48, is accused of plotting the murder her high school sweetheart husband Mike Williams in Florida.

Prosecutors have argued that Denise, with the help of her married lover Brian Winchester, who was also Mike’s best friend, planned her husband’s death for the life insurance.

Mike vanished while duck hunting on a lake near Tallahassee in December 2000. Winchester confessed to shooting dead his friend last year.

After Mike’s death, she acted as a police informant to bring down her husband’s mistress.

The two couples had been close because they all attended North Florida Christian School together, but Thomas, also a longtime friend of Mike, testified on Thursday that Denise and Winchester’s ‘friendship’ had begun to make her uncomfortable.

The third day of the love triangle murder trial got underway on Thursday where Denise Williams, 48, (above) is accused of plotting the murder her high school sweetheart husband Mike Williams in Florida

Thomas confirmed that she went on a spring break trip to Panama City Beach with Denise and Winchester in 2001 after Mike’s death. The court had earlier heard that photos were taken during the trip of the two women kissing at a strip club.

‘Whenever it was just me with Brian and Denise it was uncomfortable,’ Thomas said,  speaking about her suspicions of an affair.

‘I felt like the third wheel, I felt like I was on a date with the two of them.’

Thomas eventually split from Winchester and he then later married his friend Mike’s widow five years after his death. Their relationship soured and they later divorced in 2015.

When Mike first disappeared, it was initially believed he had fall from his boat and that his body had been devoured by alligators.

It was revealed years later that Williams had died from a shotgun blast to the head and had been buried near a lake.

Winchester confessed last year to the cold case murder, which resulted in Denise’s arrest in May on murder, fraud, conspiracy and accessory after the fact charges. 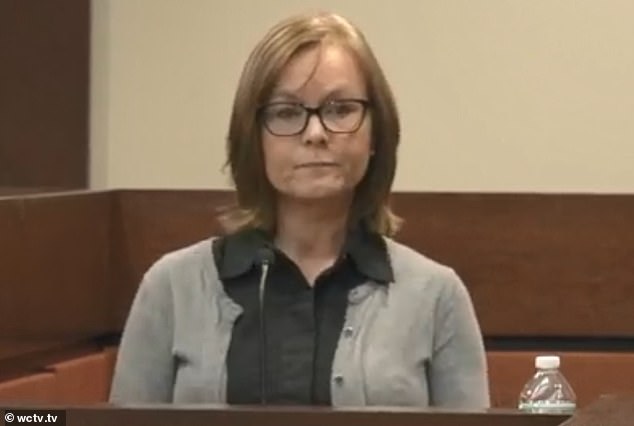 Kathy Thomas, who was also a longtime friend of the victim Mike Williams, testified on Thursday about her husband Brian Winchester’s affair with Denise Williams. Photo courtesy of WCTV 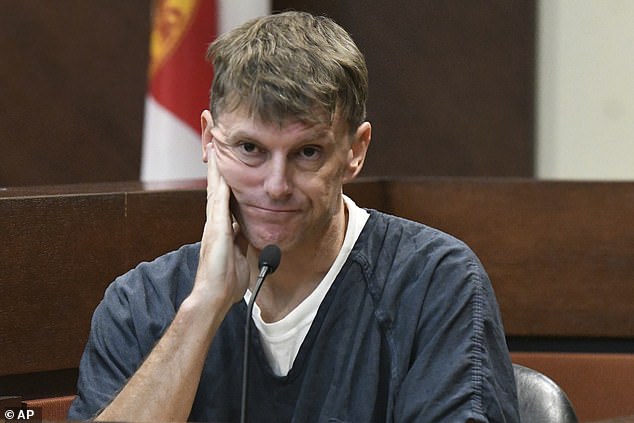 Prosecutors have argued that Denise, with the help of Mike’s best friend, Brian Winchester (pictured above), planned his death when he vanished while duck hunting on a lake near Tallahassee in December 2000

Mike’s body wasn’t found until last year after prosecutors offered him immunity in the murder case while he was being sentenced to 20 years in prison for kidnapping Williams at gunpoint.

He had kidnapped Denise and made her promise not to reveal their alleged secret.

Thomas testified on Thursday that a week after Winchester was arrested in 2016, Denise had contacted her and asked her to tell him that: ‘I’m not talking’.

After Mike’s body was discovered, Thomas said she began working as an informant to record phone conversations with Denise.

During one call, Thomas read from a script given to her by police where she asked Denise about the murder plot.

‘Brian told me that ya’ll planned it,’ Thomas told Denise.

Thomas later said: ‘I know that you know something Denise’.

Her testimony on Thursday brought an end to the prosecution’s case against Denise. 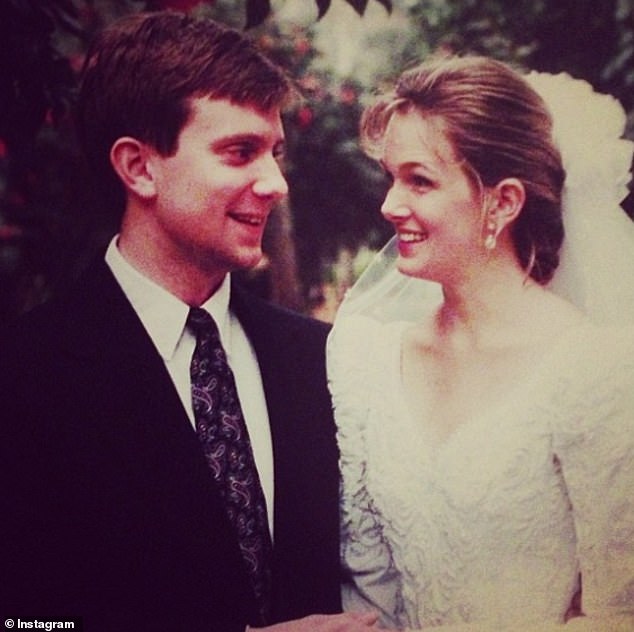 Florida prosecutors argue that Denise Williams planned the 2000 slaying of her husband Mike Williams so she could get a $1.75 million insurance payout 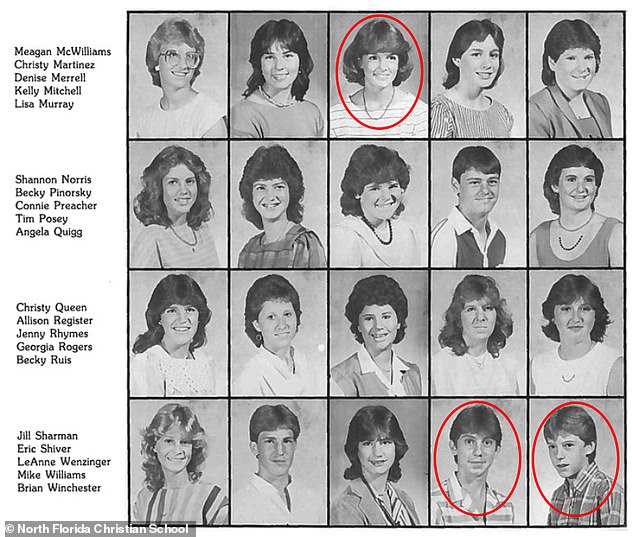 Earlier in the trial, prosecutors argued that Winchester was the person who helped Mike fill out forms for a $1 million life insurance policy. He also helped Denise apply for $1.75 million in insurance funds following Mike’s death.

Winchester also took to the stand to detail how he and Denise allegedly plotted the murder during their three-year affair.

Winchester told the court that his friend Mike told him Williams had stopped having sex with him and that he was growing suspicious about her activities.

He said the growing suspicion and the fact that one of Mike’s insurance policies was about to lapse led him and Denise to kill him.

‘We knew our window of opportunity was closing,’ Winchester testified.

Winchester then tearfully described the plot to kill Williams.

He had invited Mike duck hunting on a cold December morning and Winchester said he had intended to drown him by pushing him from his canoe. But he said he panicked when he saw Williams struggling in the water to get out of his jacket and duck waders and shot him. 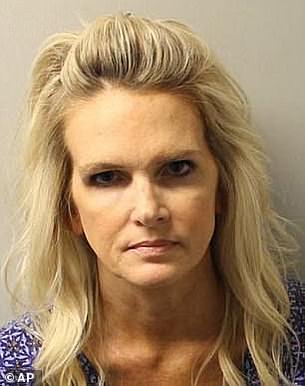 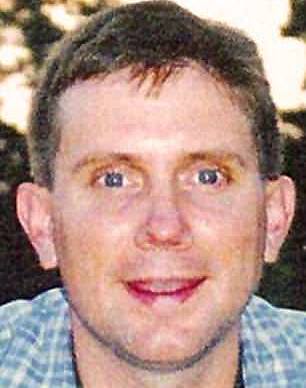 Denise, now 48, was arrested back in May and charged with murder, fraud, conspiracy, and accessory after the fact in the relation to Mike’s death. He disappeared in December 2000 while duck hunting near Tallahassee 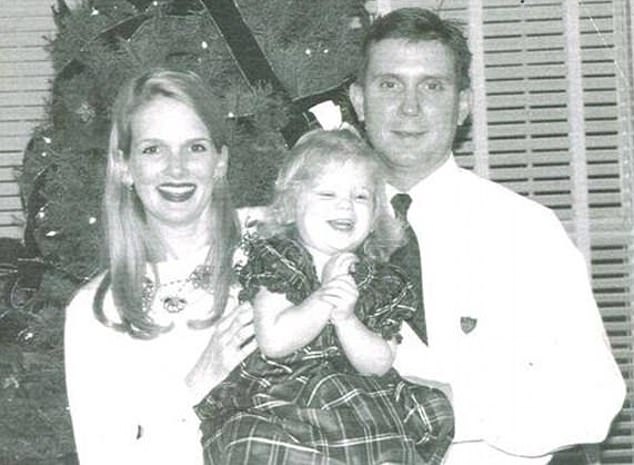 Mike married his high school sweetheart Denise in 1994 and welcomed a daughter with her five years later. The child was 18 months old when her father vanished and is now aged 18

‘He started to yell and I didn’t know how to get out of that situation. I had my gun in the boat, and so I loaded my gun and I just made one or two circles around and I ended up circling closer towards him and he was in the water, and as I passed by, I shot him,’ he said.

He said he dragged Williams’ body back to shore, put him in his truck and buried him hours later.

‘When I shot him, it was dark and there was a bright flash,’ Winchester testified, adding later, ‘I had to make it happen, I had no choice.’

He also described helping the rescue crews search for his friend’s body. 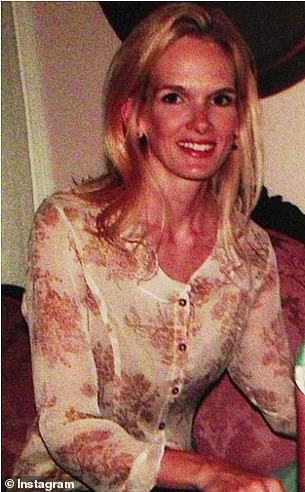 Denise’s attorney, Philip Padovano, told jurors on Tuesday there is no evidence his client was having an affair with Winchester or that she helped plot the killing

‘I think (my father and I) were the last ones. My dad didn’t want to give up… He loved Mike.’

Denise’s attorney, Philip Padovano, told jurors on Tuesday there was no evidence his client was having an affair with Winchester or that she helped plot the killing.

‘There’s no tangible evidence or physical evidence to connect Denise Williams to this crime,’ Padovano said.

‘No confession, no admission, nothing.’

He told them that Winchester has been given immunity from murder charges in exchange for his testimony and that he was given a lighter sentence in his kidnapping case. In order to find Williams guilty, Padovano told the jury that ‘you will have to rely on the word of a murderer and a convicted felon.’

On cross-examination, Denise’s attorney asked Winchester if he was a murderer and a liar, to which Winchester said: ‘Yes, sir’.

Mike and Denise were high school sweethearts and married in 1994 before welcoming a daughter five years later. The child was 18 months old when her father vanished and is now aged 18.

He disappeared on what would have been the couple’s six wedding anniversary.

Authorities launches an exhaustive 44 day search for Mike’s body after he vanished in 2000.

Six months after his disappearance, waders believed to belong to Mike were found floating in perfect condition in the search area. They reportedly showed no signs of an alligator attack.

Without a body, Denise petitioned to have her husband declared dead due to accidental drowning and she collected his death benefits.

She married Winchester in December 2005 before they divorced in 2016.