The ex-wife of a multi-millionaire French vineyard boss claims he has left her penniless after he allegedly refused to pay her £4,000 a month in maintenance.

Henri Orenga de Gafforj, 70, who runs a vineyard in Corsica, France, is being divorced in the UK by his estranged wife Anne, 50, who moved to North Yorkshire with their children in 2014.

Her barrister said he had refused to pay her maintenance despite being ordered to do so by a British divorce judge, saying the vineyard chief had ‘expressed his contempt for English court proceedings.’

Mrs Orenga de Gafforj is struggling to pay her bills and to ‘feed and clothe’ her children, barrister Peter Newman told the Court of Appeal. 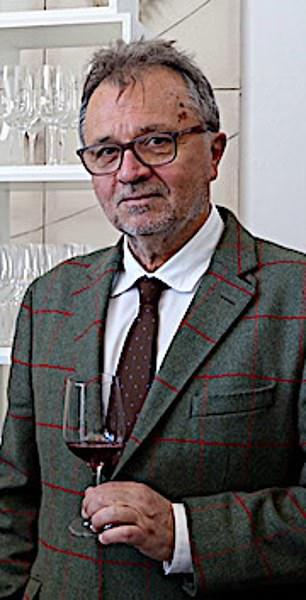 Henri Orenga de Gafforj (right), 70, boss of an exclusive vineyard in Corsica, is being divorced in the UK by his estranged wife Anne (pictured left outside court), 50, who moved to Yorkshire

The couple met in France in 1998 and married in 2002, but after their relationship broke down Mrs Orenga de Gafforj moved to Settle, North Yorkshire, with their two sons.

She had helped to run their 247-acre winery, which sits on a UNESCO world heritage site in northern Corsica, but Mr Newman said her ex-husband ‘remains in control’ of the business and the family fortune.

Mr Newman said the couple lived in ‘a large property’ in the midst of the vineyard.

They ‘enjoyed a high standard of living during the marriage and were fortunate to be able to do so within their means,’ he said.

After they separated, Mrs Orenga De Gafforj launched a divorce petition in England a month before he did the same in France.

And a divorce judge in London ruled last year that the case should go ahead in the UK , where divorce payouts are viewed as generous, as the wife was by then ‘habitually resident’ in Yorkshire.

Pending the divorce, Mr Orenga De Gafforj was ordered to pay his ex-wife more than £4,000 a month in maintenance and contribute to her legal costs bills. 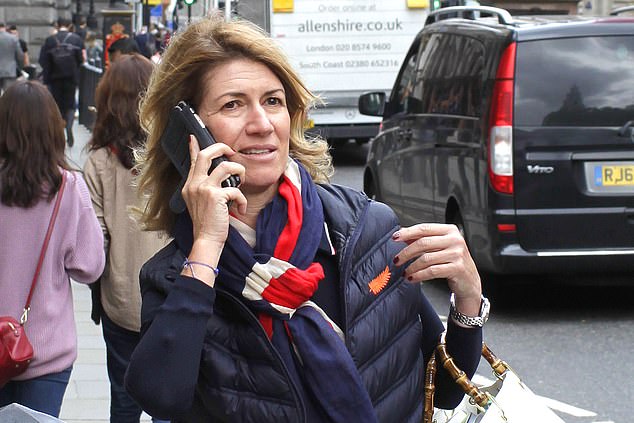 Mrs Orenga de Gafforj (pictured outside court) is struggling to pay her bills and to ‘feed and clothe’ her children, her barrister Peter Newman told the Court of Appeal

But, ‘deeply unhappy’ with the outcome, Mr Orenga De Gafforj has since ‘completely ignored’ the English court orders, the court heard, and is now said to be more than £120,000 in arrears.

‘His current tactic is to ignore all English court proceedings, to such an extent that he ignored all communications from his own solicitors,’ said Mr Newman.

Mrs Orenga De Gafforj had been left living in Britian ‘without funds’, he added.

He said: ‘She has very limited income and earning capacity, whereas he remains in control of the income-generating family asset, the vineyard, and the matrimonial wealth generally.

‘It affects all the costs of life. She is unable to pay for gas and electricity in her home. She needs to be able to live her life and pay her rent.’

Mr Orenga De Gafforj has lodged an appeal against the divorce going ahead in England, but his wife’s barrister said she had been left unable even to pay for legal counsel.

He said: ‘She remains married to Mr Orenga De Gafforj, even though they have been separated for at least three years.

‘She will say they have been separated, living in different countries, for much longer than that.’ 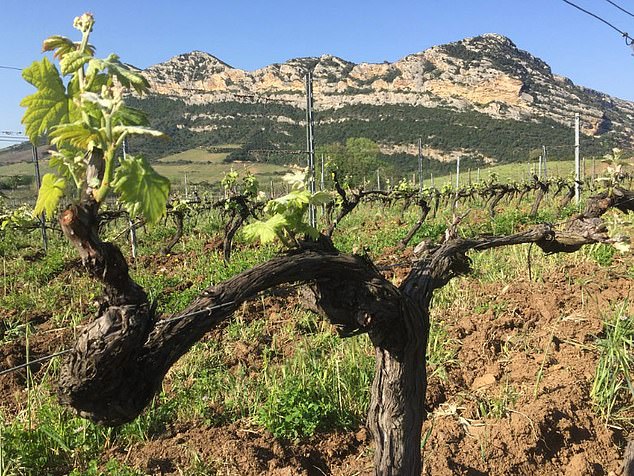 Mrs Orenga de Gafforj had helped to run their 247-acre winery (pictured), which sits on a UNESCO world heritage site in northern Corsica, but her ex-husband ‘remains in control’

The barrister argued that it would be an affront to justice to allow Mr Orenga De Gafforj to press ahead with his appeal, when he has ignored court orders and left his wife with nothing to live on.

If he fails to pay, his appeal will be automatically dismissed and the way will be open for his wife to press ahead with the divorce in England.

Mr Orenga De Gafforj was neither present, nor represented, at the Court of Appeal hearing.

The vineyard was established in 1966 and is planted with a range of traditional Corsican grape varieties, including Niellucio Vermentino and Sciacarellu.

The winery’s website states that it utilises the ‘unique terroirs’ of the sun-drenched island to produce ‘wines characterised by their balanced structure ad aromatic concentration, as well as their potential for ageing.’

Mr Orenga De Gafforj is ‘equally passionate about contemporary art’ as he is about winemaking, says the website, and hosts annual exhibitions of local and international contemporary art at the winery.