A former princess of Qatar has been found dead in her Marbella home aged 45 amid an ugly custody battle with her ex-husband who she accuses of molesting one of their children.

Kasia Gallanio was the third wife of billionaire Abdelaziz bin Khalifa Al Thani, 73, the uncle of the current Emir of Qatar.

She claimed the former Qatari oil and finance minister, who was the eldest son of previous Emir Khalifa bin Hamad Al Thani, sexually abused one of their three daughters, although he has denied the allegations.

Gallanio, who led a lavish lifestyle partying with celebrities and attended Sofia Vergara’s extravagant wedding to Joe Manganiello in 2015, was found on Sunday morning in Spain after a suspected drug overdose. 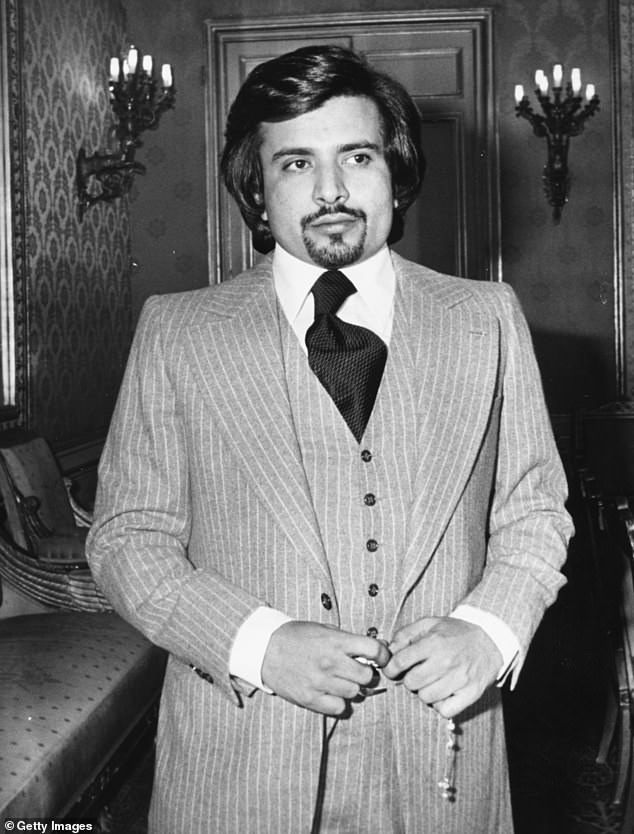 Kasia Gallanio was the third wife of Abdelaziz bin Khalifa Al Thani, the uncle of the current Emir of Qatar, who previously served as an oil and finance minister (pictured around 1980) 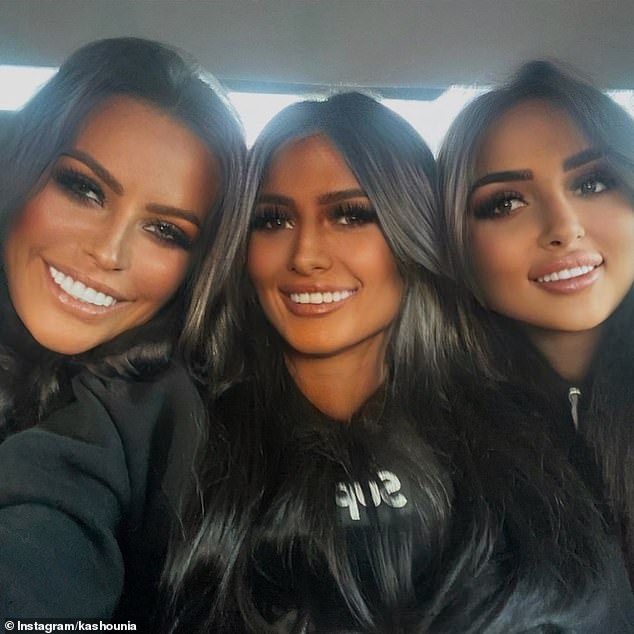 The former couple share two 17-year-old twins who initially lived with Al Thani before they decided to move in with their mother in Marbella.

But she said he then decided to ‘cut them off as punishment’.

They have another daughter, who is aged 15 and still lives with the Qatari royal in a luxury apartment in Paris, where he was exiled following a coup led by his half-brother Hamad bin Khalifa Al Thani in 1995.

Gallanio said in a recent interview with Women’s World: ‘Two of my daughters are twins. They wanted to live with me, so he cut contact with them as a punishment. It’s very sad because children need both parents.

‘The little one is not allowed to talk to me which makes me extremely sad because she gets a lot of material things from her father so it’s almost like manipulation and blackmail.

‘It’s like a part of my body is missing.’

The former royal couple have been engaged in a bitter legal battle for 15 years over the custody of their children.

He accused her of being an alcoholic with mental health issues,

Gallanio, of Polish origin, grew up in Los Angeles and met Abdelaziz when she was 19 years old and they married in 2004. 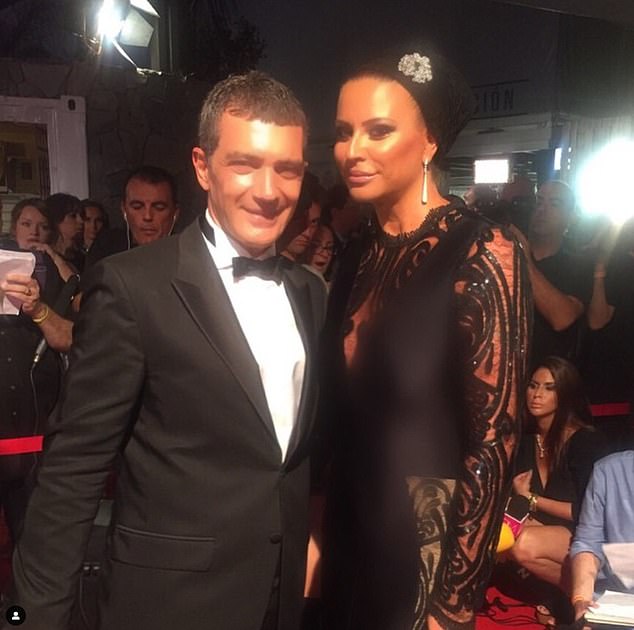 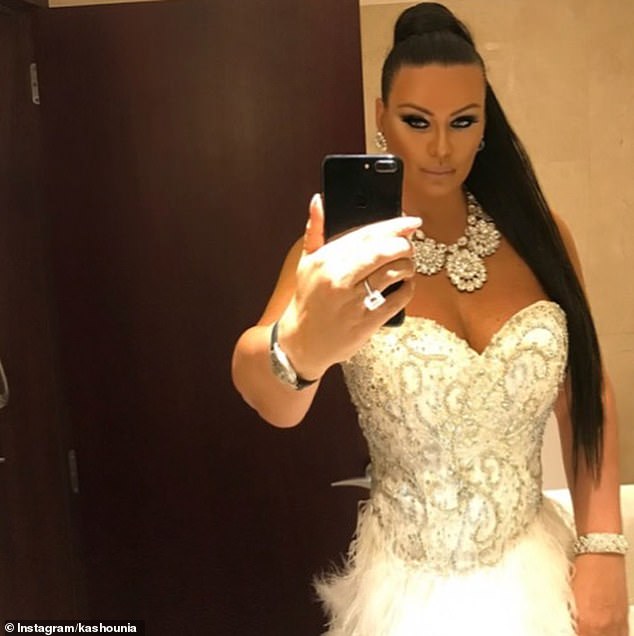 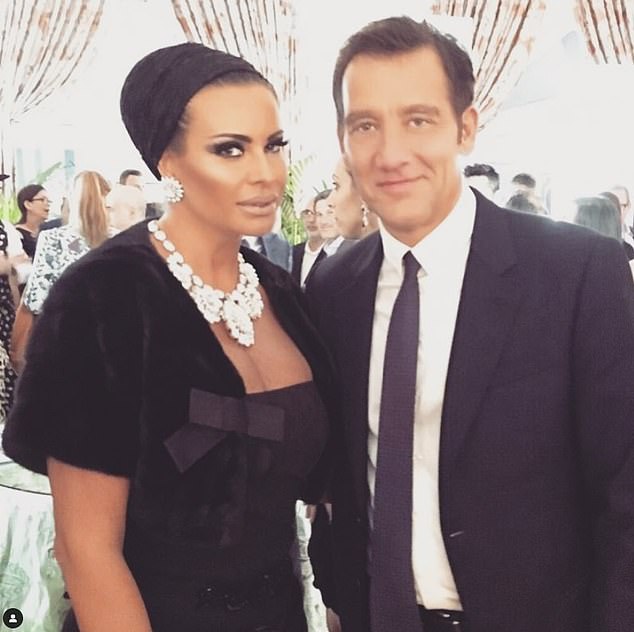 Gallanio (pictured with Clive Owen), of Polish origin, grew up in Los Angeles and met Abdelaziz when she was 19 years old

During a recent court hearing in Paris, it was alleged that one of her daughters had been abused by her father.

Gallanio said last month: ‘We had some bad news last week which I was absolutely devastated about.

‘It was alleged in court that her father had touched her inappropriately, which is going to go into an investigation.’

The ex-wife has been increasingly speaking out against the royal in her bid to gain full custody of all her children.

She told her 500,000 Instagram followers recently: ‘I have been struggling with posting this on my IG but after getting so many messages of support and how so many parents are in the same situation, I decided to share my story.

‘First a man should never disrespect the mother of his children and vice versa.

‘No matter how mad, upset or jealous or spiteful the father of my kids is, I am doing whatever I can to provide, protect, love, raise, feed and educate the girls like no one else will. I’m not perfect but I try my best.

‘Children should NEVER be used as victims or pawns when the parents can’t get along.

‘The father of my children Prince Abdulaziz Khalifa Al Thani has not paid one cent for child support for a over a year now to help me support and raise our children.

‘In my opinion this is outrageous, unfair, embarrassing and a real shame. No matter on what financial level or status you are. It’s really immoral because again the kids are the casualty.

‘However it’s more humiliating when you are a billionaire prince of QATAR.’

A post mortem will be held to establish the cause of Gallanio’s death. 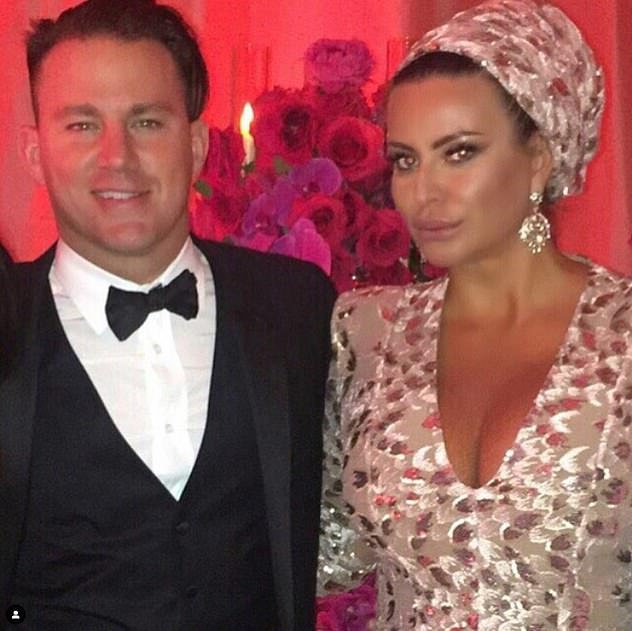 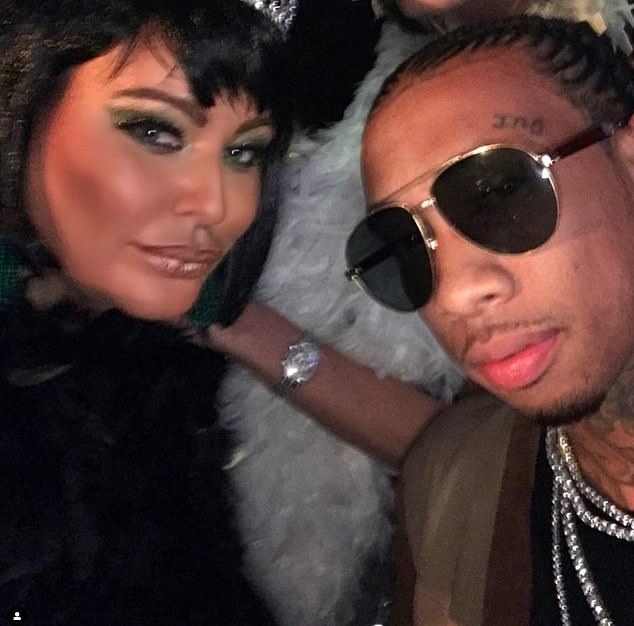 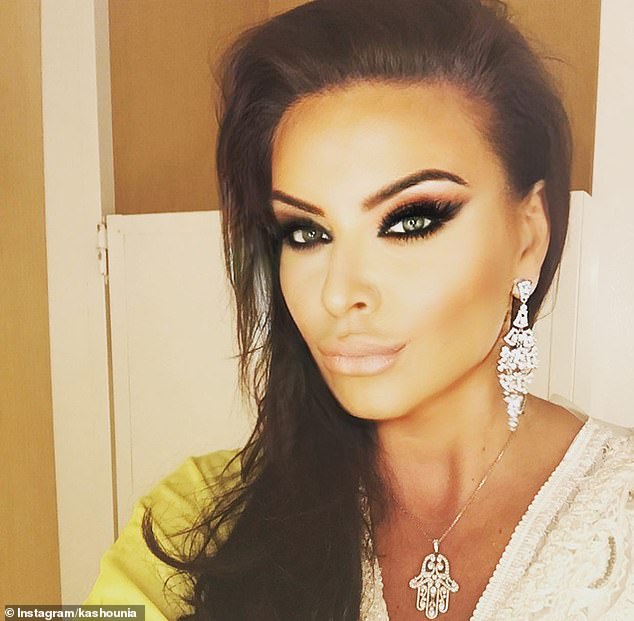 Last year, Princess Latifa al Maktoum was finally freed from her ‘villa prison’ after almost three years cut off from the outside world as punishment for trying to flee the country.

Latifa had escaped Dubai in February 2018 after recording a disturbing video in which she revealed her troubled relationship with her father, Sheikh Mohammed al Maktoum.

She was captured on a yacht off the coast of India and forcibly returned to Dubai where she was ‘imprisoned’ and guarded round the clock. 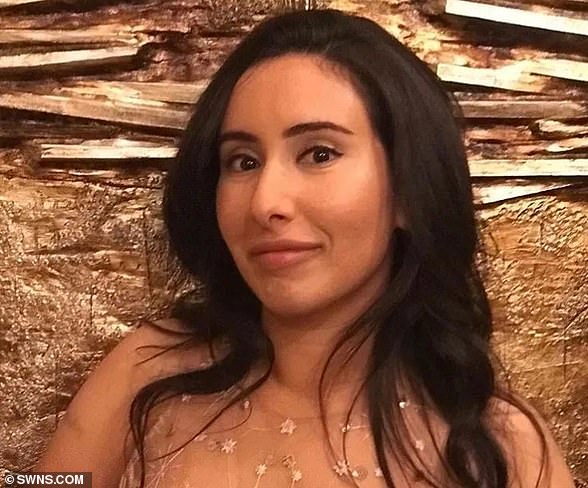 Last year, Princess Latifa al Maktoum was finally freed from her ‘villa prison’ after almost three years cut off from the outside world

She then described her hostage ordeal in a series of haunting videos obtained by MailOnline.

In one video she said she was ‘hostage’ and described where she was staying as a ‘villa prison’ with her every move monitored by security forces working for her father.

She said: ‘This villa has been converted into a jail. All the windows are barred shut.

‘There’s five policemen outside and two policewomen inside. I can’t even go out to get fresh air. So basically, I’m a hostage.’

After the release of the February 2021 videos, the United Nations demanded to see proof of life and called for Latifa to be freed.

Latifa is one of the Sheikh’s 30 children and has previously claimed she was tortured an imprisoned after a failed attempt to flee Dubai in 2002.

The Dubai ruler, one of the world’s richest men and largest property owners in the UK, had claimed his daughter was suffering from a mental illness and was being looked after by his family.

With the UN demand for proof of life and threat of sanctions Latifa’s supporters believe he has finally agreed to allow his daughter more freedom.