Hardcore Brexiteers and disgusted ex-Tories are among the Brexit Party’s first core group of candidates for the European elections in May unveiled by Nigel Farage today.

They include Jacob Rees-Mogg’s young sister Annunziata, 40, and Richard Tice, the former chairman of the fringe Leave Means Leave campaign during the 2016 referendum.

The younger sister of Brexit hardliner Jacob Rees-Mogg was unveiled as the Brexit Party’s star candidate.

The 40-year-old married mother of one last appeared on the political stage in 2010 as the Tory candidate in Somerton and Froome, losing the Somerset seat to the Lib Dems by less than 2,000 votes.

Ahead of the poll it was claimed David Cameron asked her to shorten her name to Nancy Mogg – but she refused and later claimed ‘I think it’s phoney to pretend to be someone you’re not’.

Just like her older brother, Annunziata has been steeped in the family business of Tory politics since she was a child.

She currently works as a director of the public affairs recruiter Wild Search. She previously worked as a journalist for the Daily Telegraph and the European Journal, a magazine printed by the think tank owned by Tory Brexiteer Sir Bill Cash.

Annunziata married former soldier Matthew Glanville in 2010 and they have a daughter, Isadora. 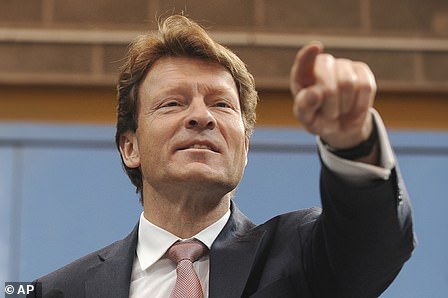 Last year Richard Tice applied to be Mayor of London in 2020 for the Tories, before leaving in disgust

The founder of Leave Means Leave and Leave.EU is a former Tory who applied last year to be the Tory candidate for Mayor of London in 2020.

He has since quit the Conservatives in disgust at the mess that is Brexit.

He was unveiled as party chairman this morning, saying:

Mr Tice said: ‘I have concluded, frankly, enough is enough.

‘We cannot, we must not, and we will not allow this complete and utter shambles in Westminster to continue.

‘We know Britain can do so much better than this. That is why I have agreed to become the chairman of the Brexit Party.’

He also took a swipe at Theresa May, saying: ‘If we carry on under this leadership we will be here on Halloween night writing another begging letter. It must stop.

‘There’s a huge movement ladies and gentlemen. This is a time to change politics for good.’ 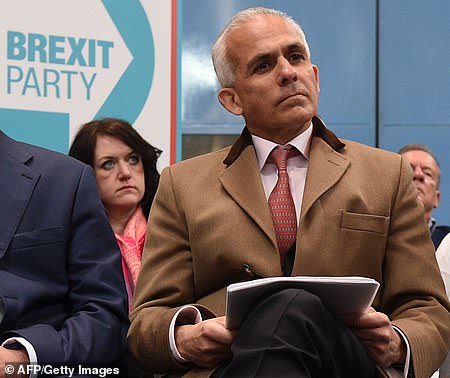 According to the Brexit party he is ‘CEO of First Property Group Plc, an award winning commercial property fund manager with operations in the United Kingdom and Central Europe’

He appeared at today’s launch event in Coventry wearing a Nigel Farage-esque jacket.

He has a similar background to the Dulwich College-educated Brexit party leader, in that he attended private school before working in the City.

He later set up First property Group, which is based in and claims to control assets worth £730million including properties in Poland and Romania. 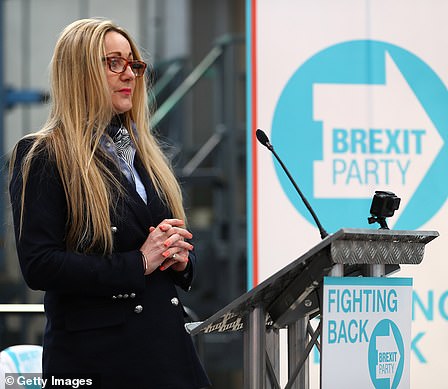 A member of Fishing for Leave and the managing director of fish market auctioneers BFP Eastern in Lowestoft, in Suffolk.

Billed as a ‘veteran Brexiteer’ who ‘has spent years fighting for the rights of British fisherman by finally taking back controls of our waters’.

Last year she told the Eastern Daily Press that some people in the East Anglia fishing port ‘call me Boadicea’ – after the British queen who led a doomed uprising against Roman rule almost 2,000 years ago.

She is backing Brexit for the economic benefits she believes it will bring for the fishing industry, telling the same paper: ‘It’s estimated that every job at sea is worth 10 on land.

‘At the moment we have 14 boats selling into the market here and overall there are about 500 people making a living from fish in the town. If Brexit goes our way, I believe the workforce will double in the next 10-15 years.’ 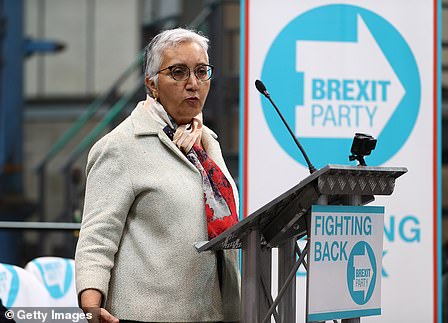 Billed by the party as ‘a researcher, author, academic and educator’ who is a part-time English teacher and ‘educational consultant’.

She boasts a PhD from Cambridge and worked as a secondary school teacher for almost two decades.

She has also written for publications including the Independent and Spiked.

In February, in the latter, she attacked the outcry over Muslim parents who wanted to block teaching about gay relationships at Parkfield School in Birmingham, on religious grounds.

She branded it the ‘politicisation of primary education’, writing: ‘This story reminds us that some schools have a very weak understanding of education, and an even weaker understanding of what real tolerance entails.’