Exclusive for MoS readers: Waltz around Maastricht with André Rieu

Exclusive for Mail on Sunday readers: Waltz around Maastricht with virtuoso André Rieu as he returns to his home town for a stunning concert

With over 40 million sales worldwide, André Rieu is one of the biggest classical music stars on the planet. And every year the musician, known as the King of Waltz, performs a special series of concerts in his home town, Maastricht.

Staged in the Dutch city’s historic Vrijthof Square, these extraordinary performances include toe-tapping waltzes as well as some of the best-loved melodies from the worlds of film, opera and musicals.

Our unforgettable three-and-five-day packages allow you to enjoy the world’s finest music in a relaxing atmosphere.

Stage presence: With over 40 million sales worldwide, André Rieu (above) is one of the biggest classical music stars on the planet

Fly from an airport near you, or travel by Eurostar, to attend a spectacular, specially themed concert.

Five-day packages include an evening in the company of André and his Johann Strauss Orchestra, choir, soloists and special guests, as well as visits to Amsterdam and to Antwerp, known as the diamond capital of the world.

To get you in the mood, here are some lesser known facts about the violin virtuoso, plus some must-see tips about Maastricht from the man himself. 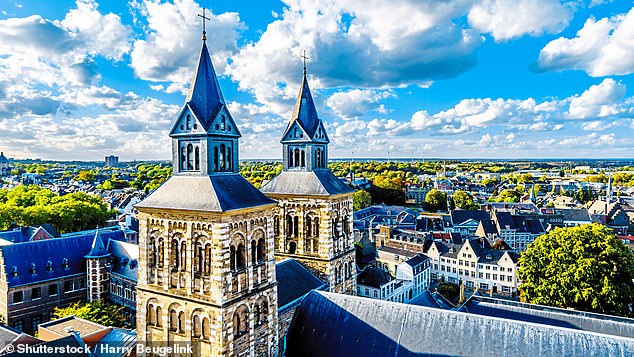 Historic: Every year the musician performs a special series of concerts in his home town, Maastricht (above)

André’s father was the conductor of Maastricht’s Symphony Orchestra, which inspired André to learn to play the violin from the age of five.

Here the King of Waltz shares his recommendations for the home town he describes as ‘romantic, unique and enchanting’.

André’s prized Stradivarius dates from 1667 and he has admitted to keeping it with him at all times.

Asked if he slept with it, he famously responded: ‘No, I sleep with my wife but the violin is in between.’

The musician has guest-starred in Australia’s most iconic television drama, making a cameo appearance on Neighbours to celebrate the show’s 30th birthday.

André Rieu established his Johann Strauss Orchestra in 1987 with just 12 members. Today it is the biggest privately owned orchestra in the world, with up to 60 members.

Despite his phenomenal success, André still has big plans. The Dutchman has ambitions to perform at the North Pole, as well wanting to be the first musician to give a concert on the Moon.

André performed Shostakovich’s Waltz No 2 at the 1995 Champions League semi-final, which helped introduce the world to him.

Terms and conditions: Holidays are operated by Newmarket Holidays, ABTA V7812, ATOL 2325, a company wholly independent of Associated Newspapers Limited and Mail Travel. Prices based on two people sharing. Single supplement applies. Images used are for illustrative purposes only and may not reflect your actual holiday experience.