At the end of an ultimately successful week Wolves manager Bruno Lage was tired. So tired he mentioned it multiple times.

At a time when countless fringe and young players have been left wondering what is the point of their existence as they are overlooked even when their clubs’ squads are being stretched, Lage’s approach should have been noted well beyond Wolves. 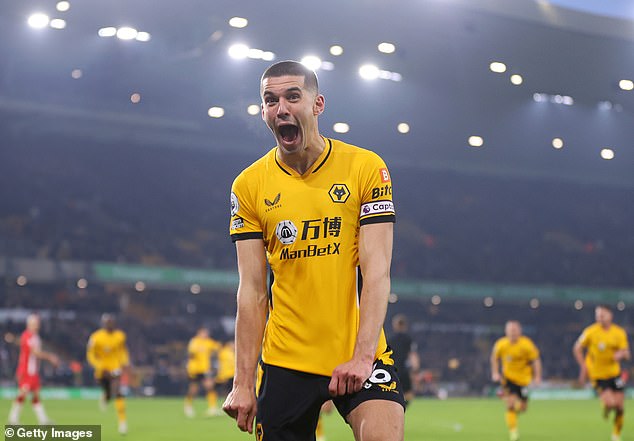 And one of the men he turned to was so inexperienced at Premier League level and in English football that Lage’s selection of Tote Gomes should be an example to some of his managerial colleagues in this current climate of (occasionally questionable) Covid postponements that they might not know what talent is lurking among players until they give them a try.

The Portuguese defender, 23 on Sunday, joined Wolves in 2020 to little fanfare. He was so little-known that his selection against Southampton sparked ‘who is Tote Gomes?’ articles and questions about the name he more commonly goes by — Toti.

He had been on loan at Grasshoppers until this month and the expectation was that he would return to Switzerland in this transfer window. But with Romain Saiss and Marcal among those missing Lage had a problem. 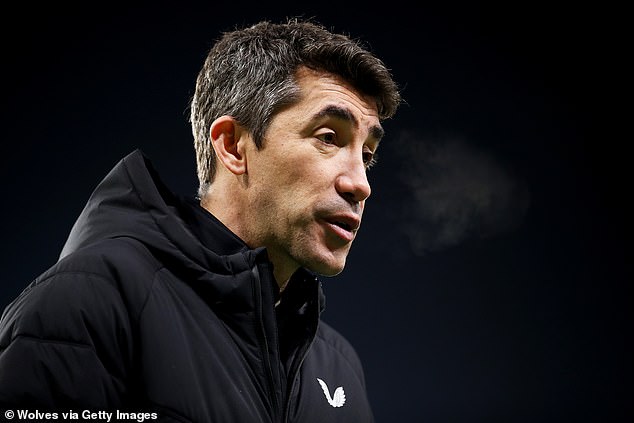 And after just a few training sessions last week and despite having alternative, safer options to solve his dilemma Lage chucked Toti in and hoped for the best.

‘This is our life,’ Lage said. ‘We need to take some risks.’ The reward was not just Toti’s performance on the day but also his potential emergence as a genuine option not just in the future but more immediately, though Lage was keen not to get too carried away.

On a huge day for him, Toti excelled against Southampton. There was one miscommunication with Leander Dendoncker — understandable given his team-mates were still relative strangers to him — just before an incident Southampton felt should have been a penalty.

Other than that, he barely put a foot wrong. He was confident, commanding, proactive and composed.

Lage is in the market for a new centre back this month, but perhaps there is one they have already bought who is worth developing. ‘When you have your team you try to find the solutions,’ Lage said. ‘That’s why every time we talk about our squad. 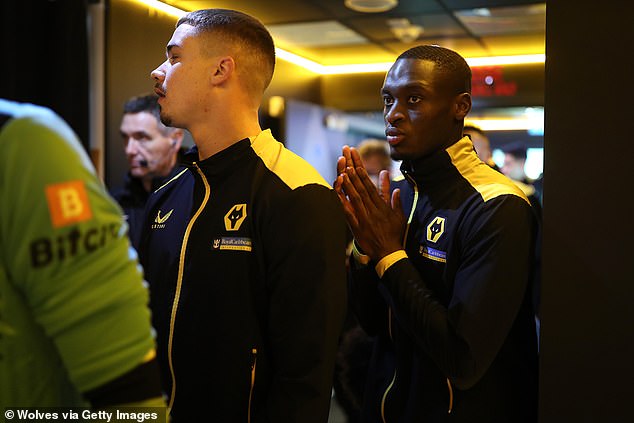 Gomes stepped up when his big opportunity arose, thanks to illness and injury at Wolves

‘The most important thing is not to have excuses, it is to find solutions.’

For balance, it should be pointed out that Wolves have had one game postponed, against Arsenal on December 28, at their request due to Covid. But their willingness to use Toti, a string of rookies and two goalkeepers on the bench against Southampton is proof that if they can find the numbers to play, they will.

It was a good decision as goals from Raul Jimenez, Conor Coady and Adama Traore lifted them up to eighth. James Ward-Prowse’s latest free-kick was nothing more than a spectacular consolation for Southampton, though they had enough chances to leave with at least a point.

Midfielder Oriol Romeu said: ‘We have a tough challenge next against Manchester City and we want to react because we come out from here a little bit angry, but I think it was a good performance.

‘We know that it’s difficult against this team, but we managed to create probably more chances than they did. Overall, the way that we approached the game and over the 90 minutes was good.’