It provides some hope for less brilliant people who do not expect to ever win a Nobel Prize.

Even those who achieve the most prestigious award of all may still have to cope with professional disappointments.

The work of Nobel Prize winners published in the year after their win is actually less influential, a study suggests, in terms of how often it is referenced by other people.

Researchers led by Kellogg School of Management at Northwestern University looked at the career of almost every Nobel laureate who has won a prize for their work in physics, chemistry, medicine or physiology over the past century.

Surprisingly Nobel Prize winners saw the impact of the work they produced in the year after their win fall by an average of 11 per cent.

Prof Brian Josephson’s reputation for promoting unorthodox causes was cemented by his support for the ideas of water memory and cold fusion (pictured, in Chongqing, May 2019) 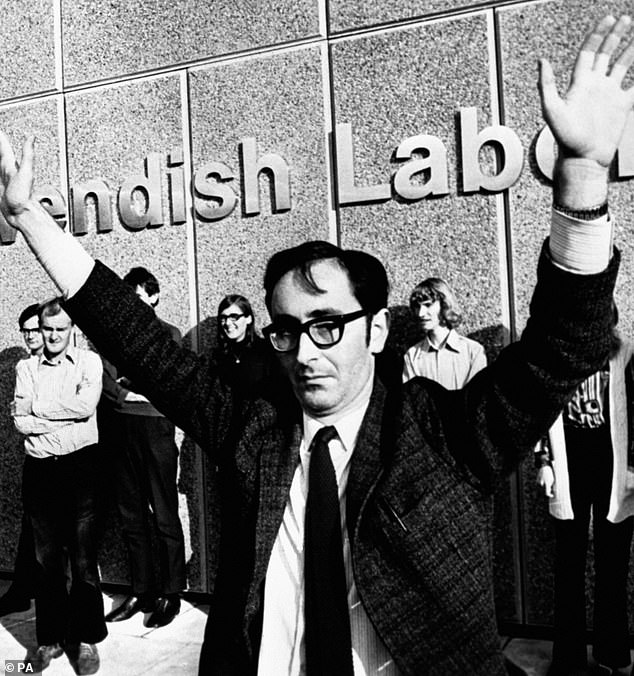 Dr Brian Josephson, pictured signalling his pleasure at the announcement that he has won a half share of the £49,000 Nobel Prize for Physics, aged 33 (at the Cavendish Lab, Cambridge) 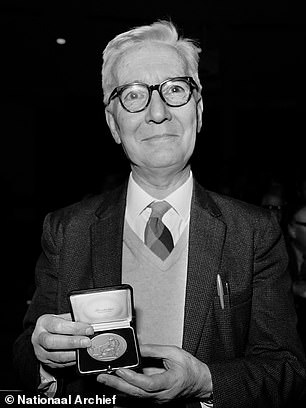 Nikolaas Tinbergen, who shared the 1973 Nobel Prize in Physiology or Medicine with Karl von Frisch and Konrad Lorenz for their discovery on animal behaviour

That is based on the number of times it was cited by other researchers over a decade compared to other papers in the same field produced in the same year.

The study, published in the Journal of the Royal Society Interface, concludes: ‘We find that, although Nobel laureates were energetic producers from the outset, producing works that garner unusually high impact, their careers before winning the prize follow relatively similar patterns as ordinary scientists, being characterized by hot streaks and increasing reliance on collaborations.’

The study found that people who win Nobel Prizes tended to publish twice as many studies as scientists in the same field who began their careers in the same year.

It also shows Nobel laureates are also more likely to have more than one ‘hot streaks’ – periods of repeated success.

But researchers found the impact of these top scientists’ work dropped in the two years after their win.

The fall in fortune was steepest for physicists, at 18.1 per cent based on citations, followed by winners of the Nobel Prize for Medicine, who saw an average 13.4 per cent reduction in the impact of their research. 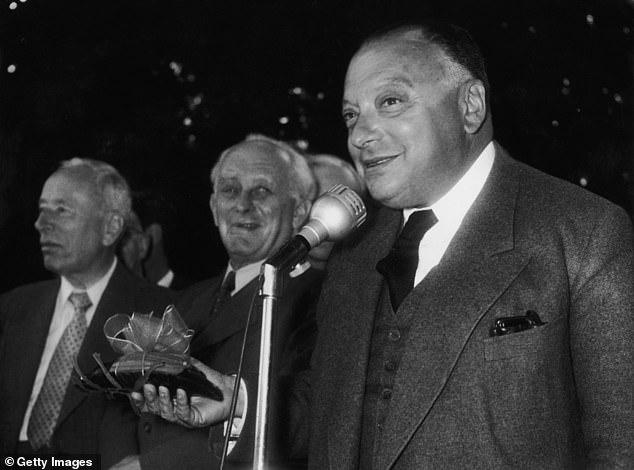 Wolfgang Pauli (right), winner of the 1945 Nobel Prize for Physics, receives a chocolate cockchafer from the Lindau Casino in Bavaria, June 1956 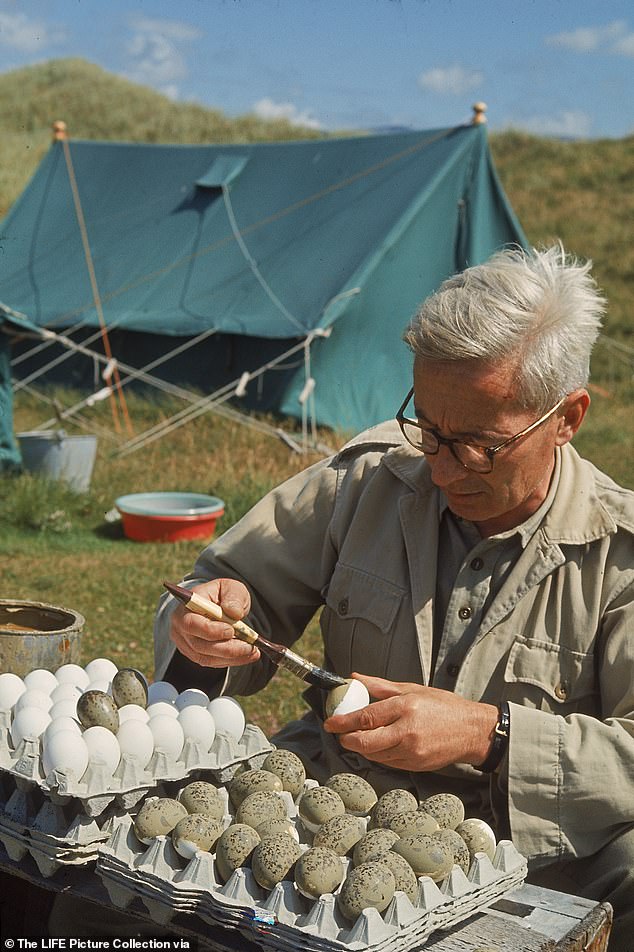 Nikolaas Tinbergen, who shared the 1973 Nobel Prize in Physiology or Medicine with Karl von Frisch and Konrad Lorenz for their discovery on animal behaviour, pictured painting chicken eggs to resemble gull eggs for an experiment in camouflage

The good news is that the scientists bounced back by year four, with a larger number of their peers citing their work once again.

The phenomenon might be explained by a tendency of Nobel Prize winners to change research topic after their win, which they were more likely to do than similar scientists.

The researchers, who compared the winners to a random selection of 20 other scientists in the same field who started out in the same year, looked at the rate at which Nobel laureates published papers after their win.

They could have been forgiven for taking their foot off the pedal, but in fact they produced just as many papers as they did before.

Prof Josephson is best known for his pioneering work on superconductivity and quantum tunnelling. He was awarded the Nobel Prize in Physics in 1973 for his prediction of the so-called Josephson effect, made in 1962 when he was a 22-year-old PhD student at the University of Cambridge.

Winning the Nobel Prize gave him the freedom to work in less orthodox areas, becoming increasingly involved in talking about meditation, telepathy, and higher states of consciousness – as well as the paranormal.

Josephson’s reputation for promoting unorthodox causes was cemented by his support for the ideas of water memory and cold fusion.

He has repeatedly criticised ‘science by consensus’, arguing that the scientific community is too quick to reject certain kinds of ideas. ‘Anything goes among the physics community – cosmic wormholes, time travel, just so long as it keeps its distance from anything mystical or New Age-ish’, he has said.

Wolfgang Pauli was an Austrian theoretical physicist, and one of the pioneers of quantum physics. In 1945, after being nominated by Albert Einstein, Pauli received the Nobel Prize in Physics for his ‘decisive contribution through his discovery of a new law of Nature, the exclusion principle or Pauli principle’.

He became associated with the Pauli effect: the supposed tendency of equipment to encounter critical failure in the presence of certain people.

The term was coined after mysterious anecdotal stories with which he was involved. Pauli was convinced these strange occurrences were in line with his investigation into the legitimacy of parapsychology.

Nikolaas Tinbergen was a Dutch biologist and ornithologist who shared the 1973 Nobel Prize in Physiology or Medicine with Karl von Frisch and Konrad Lorenz for their discovery concerning organisation and elicitation of individual and social behaviour patterns in animals.

He is regarded as one of the founders of modern ethology, the study of animal behaviour. He published an influential book called The Study of Instinct.

Tinbergen later applied his methods to the problems of autistic children. He recommended a ‘holding therapy’ in which parents hold their autistic children for long periods of time while attempting to establish eye contact.

His interpretations of autistic behaviour, and the holding therapy that he recommended, lack scientific support. The therapy has been described as controversial as well as potentially abusive.