Professor Greg Barton, chair of Global Islamic Politics at the Alfred Deakin Institute at Deakin University, told news.com.au the techniques used help brainwash young Australians into thinking there is greater cause than themselves.

‘If you look at ISIL (Islamic State) propaganda, disregarding the deliberately provocative stuff like beheadings, a lot of it resembles mainstream military recruitment,’ Professor Barton said.

‘It sells itself as a way of being respected, learning skills, doing interesting things and making a difference for a so-called important cause.’ 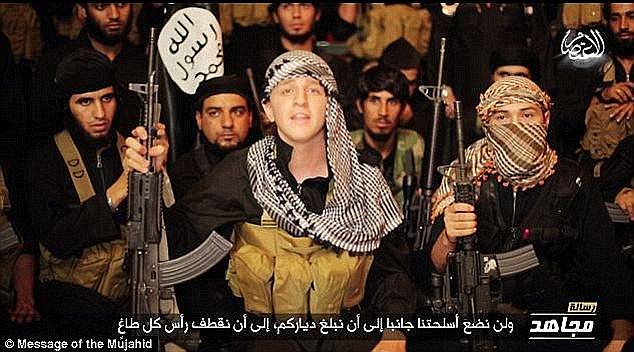 Abdullah Elmir (pictured centre) a Sydney convert known as the ‘Ginger Jihadi’, was recruited by ISIS and would appear in Islamic State propaganda video

The Australian Defence Force (ADF) also advertise jobs by showing Australians that their is an important value to ‘our way of life’.

‘Working in close cooperation, the Navy, Army and Air Force are tasked with the defence of: our nation, its borders and coastline our people and their values, and our way of life,’ their website reads.

They explain the life in the ADF as enjoyable, with ‘days that are always different’.

‘The most consistent aspect of life in the Navy, Army or Air Force is the tremendous variety, combining stimulating work opportunities with fulfilling lifestyles.

‘Live in comfort where accommodation is mostly subsidised, having flexible work arrangements available such as the ability to work from home, work from another location or work outside your normal core hours, be paid to stay fit, eating well from a large variety of foods, and making friends for life.’ 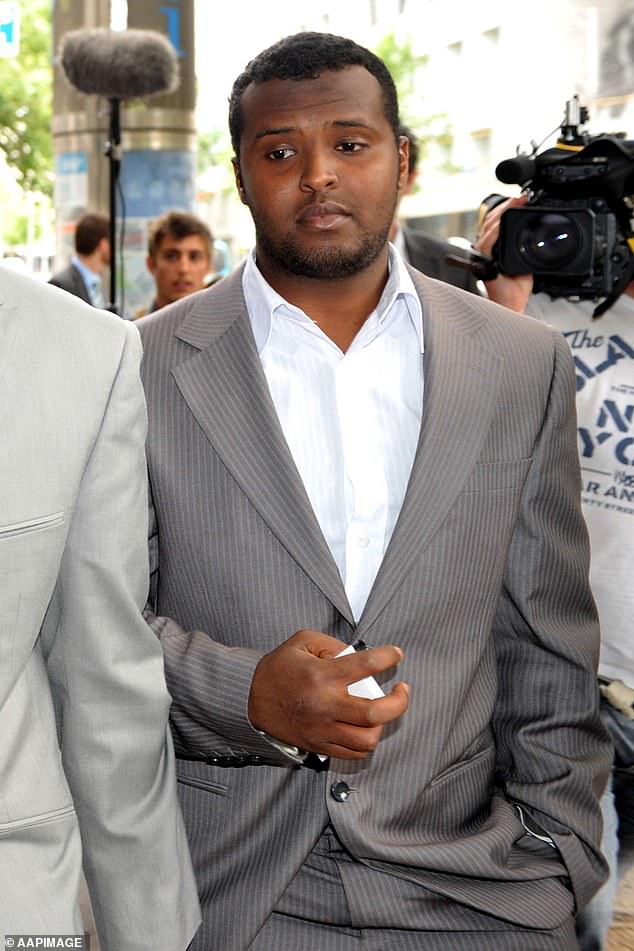 Yacqub Khayre (pictured) murdered one man, wounded three police officers and took a woman hostage in a dramatic two-hour siege in a hotel on Bay Street, Brighton in 2017 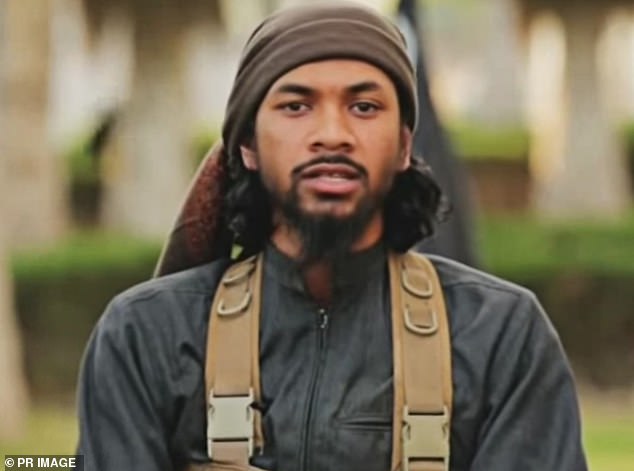 Professor Barton said the tactics are used specifically to target vulnerable men who generally feel disconnected from the rest of society or their community.

Those approached by ISIS often do not have a strong role model, leaving them open to meeting someone online.

‘Quite often there’s predatory behaviour involved. It can be quite cult-like,’ he told the publication.

Professor Barton described ISIS recruitment material as ‘very positive’ which are succeeding in persuading their target audience that something good will come out of joining them. 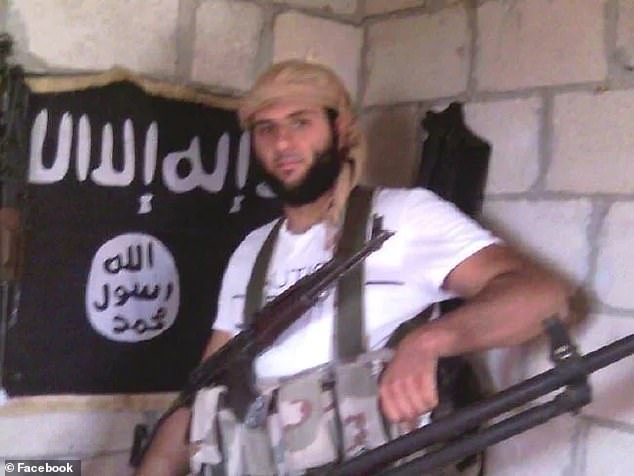 Abu Ahmad (pictured), posted a video on social media where he encouraged people to join him to fight for Islamic State 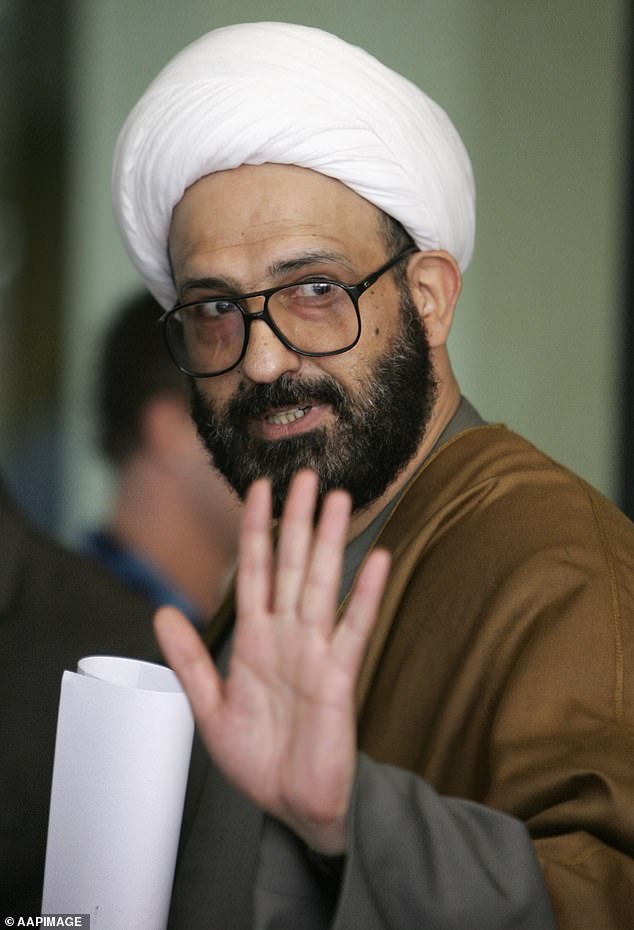 The terrorist group has claimed responsibility for multiple attacks across Australia.

The most recent occurred on Bourke Street in Melbourne on November 9.

Somali-born Hassan Khalif Shire Ali, 30, stabbed three men, one fatally, while on a rampage through the heart of Melbourne.

The three men, who were arrested in the city’s north-west after four raids, are of Turkish background and were allegedly trying to get hold of a semi-automatic rifle.

Police claim the trio, who may have attended the same Islamic centre as the Bourke Street attacker, wanted to ‘kill a maximum amount of people as possible’ in a crowded place. 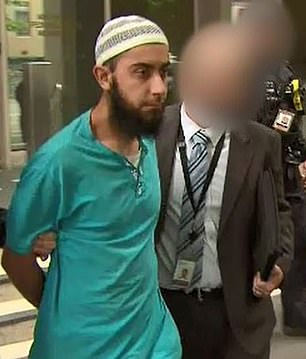 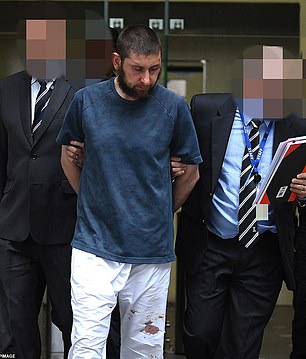 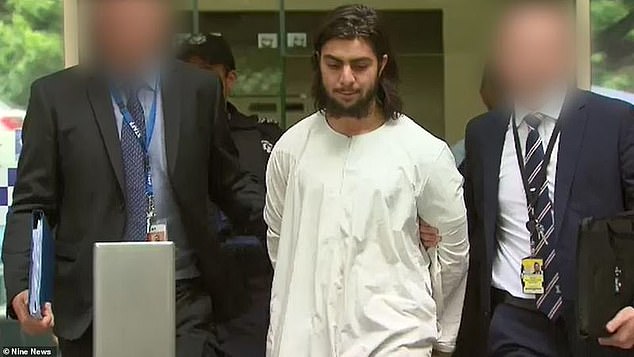 In 2014, Numan Haider was being monitored by ASIO and Victorian Police after he developed a resentment of law enforcement.

His social media showed photos of him wearing a balaclava and holding a Shahad flag, linked to Islamic State.

He was consequently shot in the head outside Endeavour Hills police station, south east of Melbourne, that day.

Also in that year, Abu Ahmad, posted a video on social media encouraging people to join him to fight for Islamic State.

He forced his victims hold up the ISIS flag against the windows.

Abdullah Elmir, a Sydney convert known as the ‘Ginger Jihadi’, was recruited by ISIS and would appear in Islamic State propaganda video.