There will be risks and benefits to residents of New South Wales as the state reopens after 106 days in lockdown, public health and policy experts say.

Having surpassed the 70 per cent double-dose vaccination milestone early last week, gyms, cafes, restaurants, pools, shops, hairdressers and beauticians will reopen in NSW from Monday and people will be allowed to venture more than five kilometres from home.

Professor Jaya Dantas of Curtin University’s School of Population Health said the relaxation of restrictions heralded the beginning of Australia learning to ‘live with the virus’.

The ‘eyes of Australia’ are on NSW as the state emerges from a 106 day lockdown on Monday (pictured, Sydneysiders in Bondi)

‘I think it is a very good move that we are opening up and the country will be watching how things pan out,’ Prof Dantas told AAP.

‘The outbreak has moved from an epidemic to a pandemic and in some ways it is going to be endemic for years to come.

‘We have to learn how to manage it and I really believe we can.’

Prof Dantas said high vaccination rates and public health measures were important to keep the spread under control but Australia was behind when it came to rapid antigen testing, which would be crucial to identifying cases moving forward.

‘We need complete approval of rapid antigen testing across Australia and they need to be available in pharmacies for free or at a low cost,’ she said. 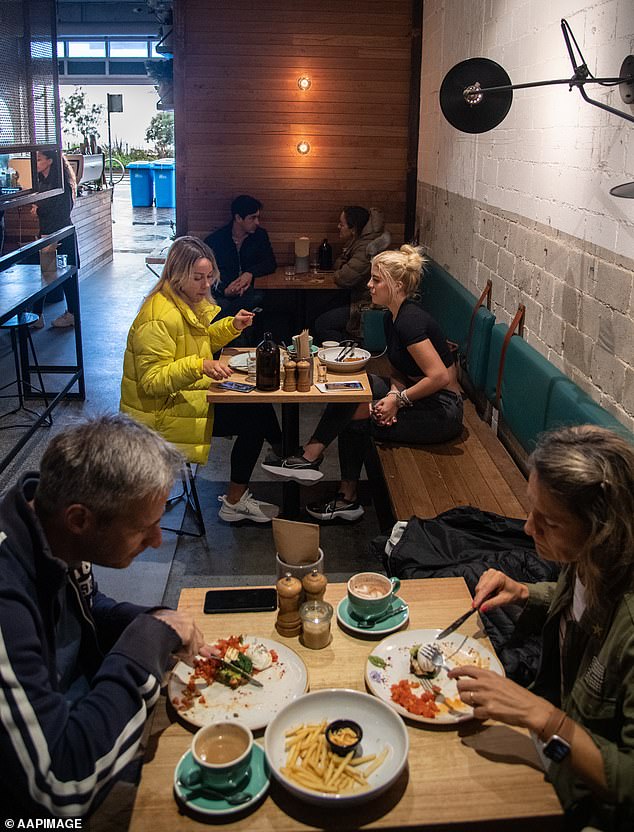 Restaurants, cafes, gyms and retail outlets are set to reopen to vaccinated residents as the state learns to live with Covid (pictured, a Bondi Cafe)

Meanwhile, public transport services will return to a Monday-to-Friday timetable in NSW with 18,000 more train, bus and ferry services.

Honorary associate of the Institute of Transport and Logistics Studies at the University of Sydney Yale Wong said it was ‘unchartered territory’ to be opening up with high case numbers and there were still unresolved issues when it came to transmission on public transport.

‘We need ventilation plans,’ he said. ‘Public transport (services) are confined environments and that is a big issue.’

Dr Wong said it was hard to observe social distancing on buses and trains while cleaning and sanitising measures were ‘prone to error and inconsistency’. 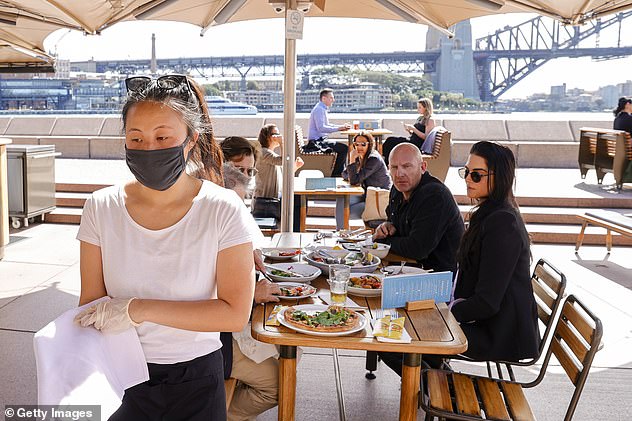 He suggested the government invest in ‘stand-by fleets’ as outbreaks on popular transport routes were likely in the coming months.

‘We need to ensure there aren’t these weak links,’ he said.

Professor Marc Stears from the Sydney Policy Lab at the University of Sydney says the ability for people to see their friends and family to celebrate, grieve and catch up will have ‘profound consequences’ for their mental health.

‘What the evidence increasingly shows is that social isolation, loneliness, disconnection has had really terrible consequences for a lot of people,’ Prof Stears said. 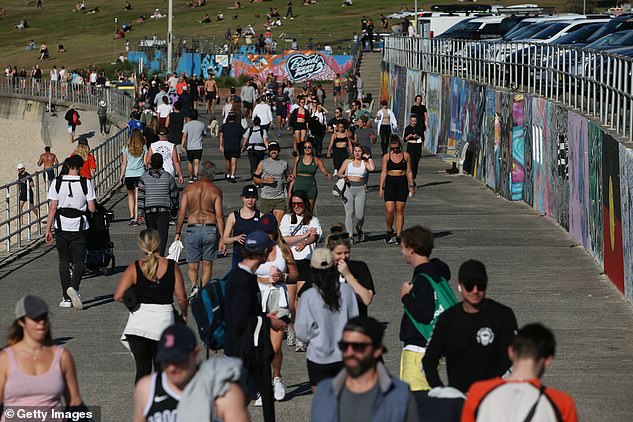 He referred to a study published in The Lancet last week by researchers from Australia and the US who found cases of major depressive disorder and anxiety disorders had increased by more than 25 per cent across 204 countries and territories in 2020.

While there has been buzz around reopening large venues, Prof Stears said home visits and smaller gatherings were just as important for social connection.

‘We are all understandably anxious and nervous about what is going to happen and whether the case rates will go up and if hospitals will cope,’ he said.

‘These are important concerns but there is a huge amount of evidence around the world about what has happened elsewhere and we are relatively late to the opening up game.’