Experts on why steroids damage your body and mind

Celebrity bodybuilder Rich Piana died last week at 46 years old from a suspected steroid overdose that put him in a coma for two weeks.

It came just a year after he confessed to spending thousands of dollars a month on anabolic steroids to keep up with his lifestyle.

The former Mr California, a known bodybuilder who bulked up to 285lb, said he was driven to the drug in a desperate attempt to keep jobs that expected him the maintain a certain size.

His shock death was hardly the first in the bodybuilding industry.

Mike Matarazzo, a popular bodybuilder in the 90s, died of a heart attack in 2014 at 47 years old after years of steroid abuse to keep his eight percent body fat and 275lb figure.

Speaking to Daily Mail Online, experts in both physical and mental health warn the drug wreaks far more damage than we realize – and yet is still soaring in sales.

Celebrity bodybuilder Rich Piana died at 46 years old and 20 bottles of steroids were found at his place. He admitted last year to using steroids to keep up with his profession 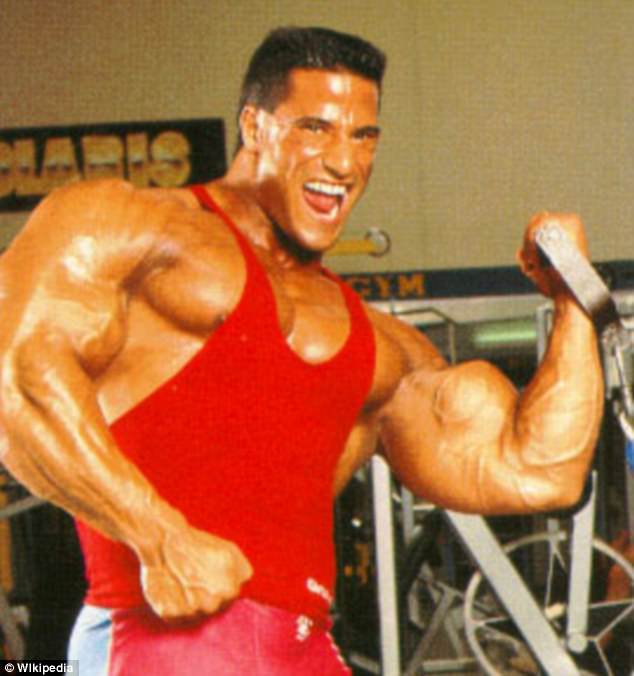 Mike Matarazzo died at 47 years old from a heart attack that was caused by his steroid use. He was a popular bodybuilder in the 90s who used the drug on and off throughout his career

How anabolic steroids impact the body

Anabolic steroids produce a synthetic version of the hormone testosterone in the body to help promote an increase in muscle mass.

Athletes and bodybuilders will use these steroids in order to achieve the level of physicality they think they need to perform at a certain level.

They can either take the steroid orally or inject it directly into their muscles with sometimes a 10 or 100 times higher dose than prescribed by doctors for medical conditions.

Although anabolic steroids are used medically to help people who produce a low amount of testosterone in their body, it is abused by those wanting to bulk up quickly.

Users of the drug are known to ‘stack’ the steroids by coming multiple types to heighten the effects.

They can also ‘cycle’ the steroids by taking them for an extended period of time and then stop.

A cycle can produce heightened effects once the user ‘restarts’ again on the drug.

How prevalent steroid use is in the United States?

But long-term anabolic steroid use has a severe impact on the gland that naturally produces testosterone, the hormone found in the drug.

Testosterone is naturally produced in the pituitary gland and the hypothalamus in the brain is responsible for sending the signal to start producing it when the body is low.

But the brain won’t send that signal if there is never a need for testosterone.

Dr Honore Lansen, a family practitioner with One Medical in New York City said: ‘With long-term use of anabolic steroids, the pituitary gland no longer functions properly and does not adequately encourage testosterone production.’

The gland suffers after a user stops taking the steroid because it has to get used to re-producing the hormone again at a normal rate.

Long-term lack of production in the pituitary gland can also cause testicles to shrink in males.

Doctors who prescribe anabolic steroids recommend for their patients to slowly lessen the dosage before completely stopping the drug.

It helps the pituitary gland get used to normal production again.

The body is physically not meant to have so much of the testosterone-producing drug in its system, but people push it to the limit to increase the potential benefits.

Pushing the body to the limit could cause dangerous side effects from the anabolic steroids.

The high blood pressure could lead the user to have a stroke or heart attack because their body is overworking itself to pump blood through all of the muscles. 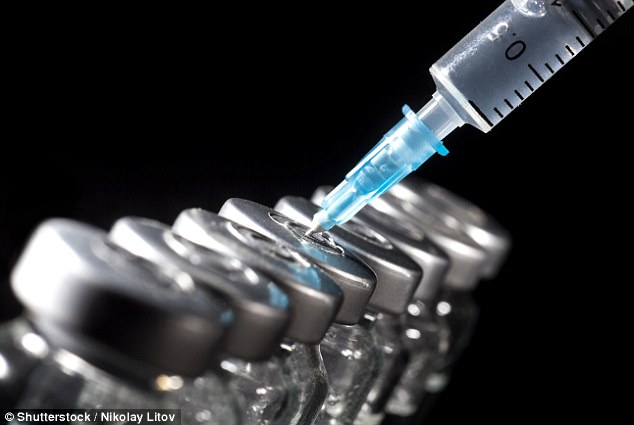 Anabolic steroids are prescribed by doctors for people that have a low production of testosterone in their body. This is abused by people who want to increase their muscle mass 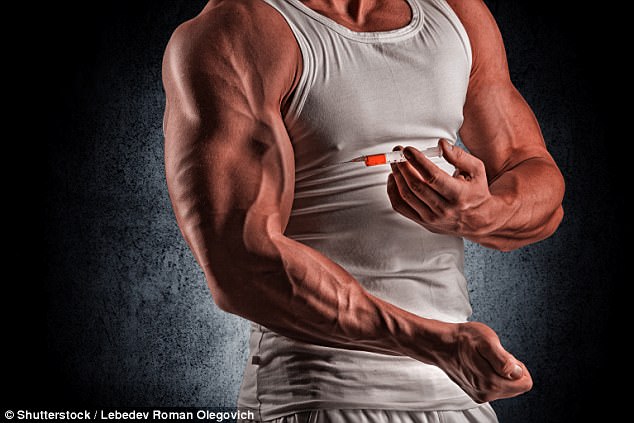 The steroid can be injected or taken orally. Bodybuilders will ‘stack’ the drug meaning they will take high doses or combine multiple types of steroids to increase the results

Steroid use can contribute to issues with mental health and create a dependability on the user taking the drug.

Dr Alan Manevitz, a licensed psychiatrist in New York City, said:  ‘A lot of people that are bodybuilders have body image concerns. The muscularity becomes essential to their self-esteem.’

He worked with the Major League Baseball organization in 2004 to educate athletes about the effects of anabolic steroids on the body and mind.

Bodybuilders and athletes can feel pressure by society to keep up a certain body image or performance level, which can seriously impact their mental health.

‘It becomes a part of their anxiety,’ Dr Manevitz said.

Users who combine anabolic steroids and other drugs to achieve higher results are increasing their risk of it negatively impacting their brain.

‘When you combine stimulants with the stacking then you are at a more greater risk,’ Dr Manevitz said.

He explained that users who already have prior issues with depression, bipolar disorder or anxiety will experience heightened effects of the mental illness while on steroids.

‘Steroid use can make you very irritable if you’re a vulnerable person susceptible to depression or anxiety,’ Dr Manevitz said.

Some users have also experienced what is known as ‘roid rage’.

This is when the user becomes irritable and even aggressive after taking a large amount of anabolic steroids.

Doctors ask for a medical history before prescribing these drugs because they need to know what the best dosage is for a patient that won’t cause adverse effects.

Using steroids is especially not recommended in teenagers and young adults because they are at a time when their mind is still developing.

Steroid use in teenagers could lead to severe mental problems down the road such as depression, anxiety, bipolar disorder and manic thoughts.

What are corticosteroids and their effects on the body?

Corticosteroids are a class of drugs used to treat inflammatory arthritis and other conditions.

These are typically called ‘steroids’ by doctors and should not be confused with anabolic steroids.

They release the hormone cortisol which is naturally produced by the adrenal gland.

Someone that takes corticosteroids needs to slowly slop using them so that the adrenal gland can begin to naturally produce the cortisol again.

Corticosteroids are prescribed to help quickly reduce swelling or inflammation in the body.

They act on the immune system by blocking the production of substances that trigger an allergic or inflammatory response in the body.

Doctors prescribe them for a short period of time or in small doses to prevent risk of side effects.

What are anabolic steroids and their effects on the body?

Anabolic steroids are synthetic substances that are related to the male sex hormone known as testosterone.

They promote the strength and growth of muscles in the body by increasing the amount of testosterone in the body.

This type of steroid produces an anabolic effect, which is the synthesis of complex molecules to lead to growth and an increase in muscle mass.

These are the types of steroids that athletes and bodybuilders use when they want to bulk up.

Someone that takes anabolic steroids needs to slowly stop using them so the pituitary gland can begin to naturally produce testosterone again.

Anabolic steroids are only prescribed to patients if their body is producing a low amount of testosterone.

This is to treat conditions such as delayed puberty and types of impotency.

They are also prescribed for people with diseases such as AIDS that has diminished their muscle mass.