As Britons deal with an ‘extreme’ Spanish heatwave and temperatures are expected to soar to highs of 93F (34C), many will be worried about getting a good night’s sleep.

Tossing and turning while a fan blares in our ears, it’s not exactly easy to drift off into a restful slumber – but there are lots of ways to make sure you can still sleep soundly even when temperatures outside reach record highs.

Dr. David Lee, clinical director at Sleep Unlimited, explained why it’s so difficult to sleep in the hot weather, saying: ‘When you get tired at night you feel a bit chilly. It’s actually a drop in body temperature of about one degree.  That drop is a signal to get cosy in your “nest” in order to get off to sleep.’

Of course, when the outside environment is so hot, it’s more difficult to get that temperature drop. Dr. Lee said: ‘That’s why you struggle when there’s a big shift in temperature.’

Sammy Margo, a sleep expert at Dreams, added that the heat will disrupt the release of melatonin – the ‘sleep hormone’ that makes us feel tired.

Thankfully, there are ways to help yourself drift off to sleep, and they don’t require splashing out on air con or a fan.

As temperatures are set to soar to 93F (34C) on Friday, many Brits will be worrying about how they’re going to drift off – but two sleep experts have the answer to getting a full eight hours

STAY HYDRATED – BUT NOT TOO MUCH

We all know it’s important to drink plenty of water when the weather heats up, but aside from the obvious benefits, Sammy notes it’s important for sleeping too.

She said: ‘Make sure that you maintain higher than usual hydration levels throughout the day, because dehydration can interfere with sleep.

‘Be careful with your alcohol intake because this can cause dehydration as well as prevent you from getting into the deeper stages of sleep.’

Dr. Lee also stressed the importance of staying hydrated – but added it’s important to know when to stop drinking water.

He said: ‘Try to avoid over-drinking in the two hours before bed because if you have a lot of liquid in your bladder this can cause additional sleep disturbance due to visiting the bathroom during the night.’

Instead, he suggested drinking earlier in the day to keep hydrated. 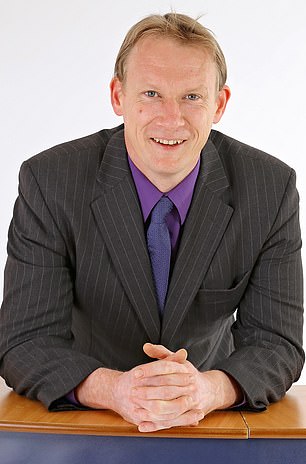 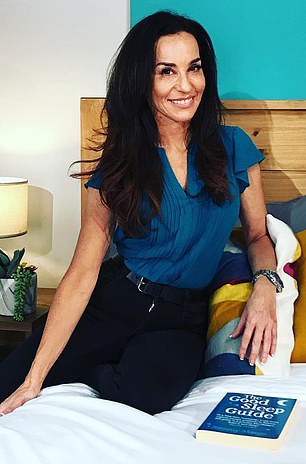 Dr. David Lee, clinical director at Sleep Unlimited, said the body naturally cools down by about one degree when you begin to feel tired – which is why the hot weather disrupts your natural sleep cycle. He added this is also the case for perimenopausal women who suffer from hot flushes

TAKE A SHOWER BEFORE BEDTIME

Although it might seem like a good idea to tire yourself out before going to bed by doing some exercise, it’s actually counter-intuitive, according to Sammy.

1. If you’ve got an attic, try opening the hatch during the day. The hot air will rise  and escape outside.

2. Put a tray, bowl of ice or an old bottle filled with frozen water in front of a fan to cool the air down even more.

3. Get out your hot water bottle and fill it with ice cold water for bedtime.

4. Lower your body temperature by cooling down your feet. Try putting socks in the fridge and wearing them to bed.

She said: ‘Avoid exercise close to bedtime as this will increase your temperature.

‘Ideally exercise in the morning – otherwise give your body plenty of time to cool down.’

Instead of going for a run before bed, which will only make you feel hotter, Sammy suggests a clever idea to trick your body into cooling itself down.

If you can bear it in a heatwave, it’s best to jump into the shower shortly before you go to bed.

When you step out of the shower (or bath, if you’d prefer), the temperature outside the water will be cooler, helping your body to cool down.

It might sound obvious to advise sleeping with less clothing on during a heatwave, but according to the experts, it really is among the best advice out there.

Ideally, it’s best to sleep naked, but for those of us who want to preserve our modesty there are a few other options.

If you’re willing to spend good money on getting a good sleep in the heat, she says it’s best to look into cooling mattress toppers.

And if you’re feeling really fancy, you could even invest in cooling silk pillowcases and bedsheets.

Whether you’re sleeping alone or sharing a bed, lying on your back is far cooler than sleeping in a ball.

If you’re sleeping with a partner, then give each other space so that you’re not sharing body heat. Consider creating a barrier with a sheet so that you keep to your own sides.

Using separate single duvets or sheets to stop trapping the air in can help too.

1. Your bedroom should be as cool as possible – you will want the bedroom to be somewhere between 16-18C (60-64F) which is the optimum temperature for sleeping, as it encourages the release of melatonin, the sleepy hormone, so try to keep the curtains or blinds closed during the day to keep the room as cool as possible. If you have air conditioning, cool the room before you enter it. You may have to relocate your bedroom to a cooler part of your home if possible

2. Having a warm shower or bath before bedtime tricks your body into cooling as when you get out of the warm bath/shower the surrounding temperature is cooler and you will be cooled down which will help with the release of melatonin

3. Sleep in the nude with just a top sheet. Try moisture wicking bed sheets or pyjamas or 100 percent cotton pyjamas

4. Try a cooling mattress topper or even a wool duvet which is heat self-regulating, meaning it can keep you cool in the heat

5. If you sleep with a partner, create a barrier between you and them to give each other more space. Ideally the bigger the bed/mattress the better and separate single duvets to stop trapping the air in can help

6. Try a cooling try a silk pillowcase and/or bed sheets. They are a little more expensive but definitely worth the price tag. These will not only help to keep your partner cool but also look and feel great.

7. Think about your sleep position. Lying on your back is far cooler than sleeping in a ball

8. Keep a glass of iced water by your bedside and use a cool flannel where necessary

9. When on holiday, keep after-sun or moisturiser in the fridge so it’s cool and soothing when you apply it before bed