Winston Churchill was told Downing Street was in such disrepair that it should be demolished.

Files show Sir Winston was warned in 1954 that rotting timber and an infestation of wood-boring beetles were causing havoc at No 10, the Chancellor’s home at No 11, and No 12.

The front entrance to No 10 was among the areas particularly affected. Minister of works Nigel Birch wrote to the Cabinet in 1955: ‘It would be more straightforward to pull down all the houses and put up modern buildings… but to destroy them would be an act of impiety.’

Told that renovation work would take up to three years, Sir Winston said: ‘The Ark did not take so long to build.’ He backed further investigations to gauge what work was needed at No 12 ‘so long as you do not make noise at inconvenient times’.

The project dragged on for years with the estimated £300,000 cost spiralling to £464,000 when work began in 1960 under Harold Macmillan, amid warnings of ‘major damage or collapse’. The work was finally completed in 1963. 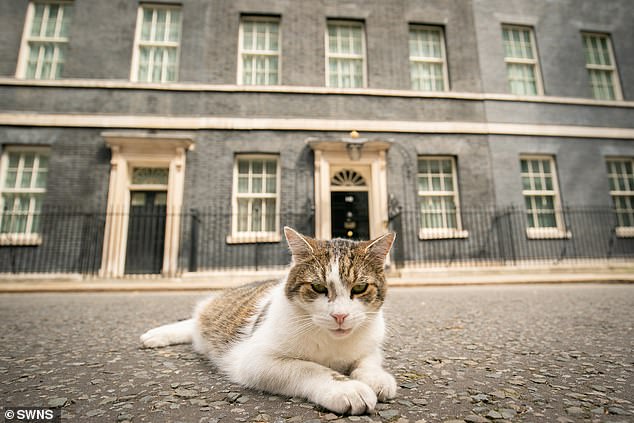 The front entrance to No 10 was among the areas particularly affected (pictured: Larry the cat relaxes on a warm summers day in Downing Street, July 2019)