People drinking a slurpee or slushie to cool down in the summer heat could be sucking down an entire week’s worth of sugar in a single sitting, health agencies warn.

LiveLighter and Rethink Sugary Drink, an alliance of 18 health agencies, have teamed up to launch the ‘Don’t Be Sucked In’ campaign, warning that some large-size frozen drinks contain as much as 20.4 teaspoons of sugar.

That’s almost half an entire week’s recommended maximum in a single cup. 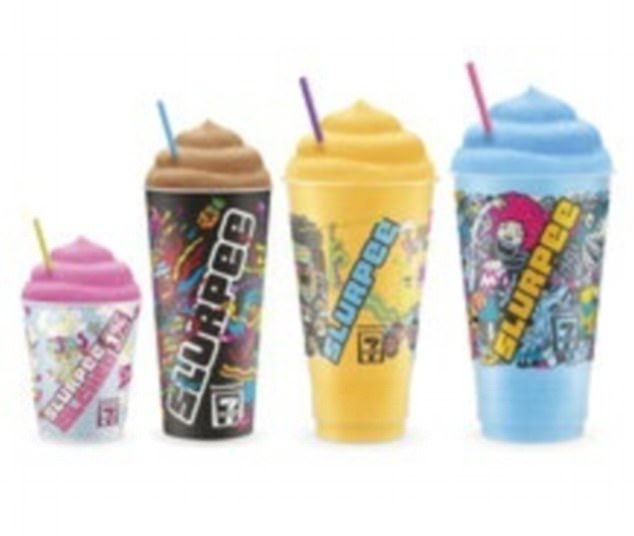 The campaign graphically depicts a person sipping on a large cup of bulging, toxic fat and will be plastered at Melbourne bus and tram stops for two weeks.

‘These cheap frozen drinks might seem refreshing on a hot day, but we want people to realise they could easily be sucking down an entire week’s worth of sugar in a single sitting,’ the Cancer Council’s Craig Sinclair said on Thursday.

‘This summer, Aussies could be slurping their way towards weight gain, obesity and toxic fat, increasing their risk of 13 types of cancer, type 2 diabetes, heart and kidney disease, stroke and tooth decay,’ Ms McAleese said. 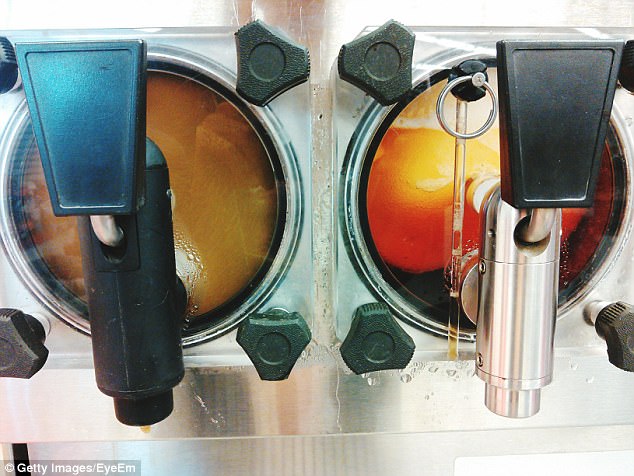 Some large-size frozen drinks contain as much as 20.4 teaspoons of sugar

The campaign is an effort to counteract cheap frozen drink promotions over the summer, the group said.

‘At this time of year it’s almost impossible to escape the enormous amount of advertising and promotions for frozen drink specials on TV, social media and public transport,’ Mr Sinclair said.

But 7-Eleven says one in five Slurpees sold at its stores contain less than one per cent sugar.

”Slurpee Zilched’ is proving to be extremely popular with consumers of all ages, and growing strongly,’ marketing manager Julie Laycock said in a statement to AAP.

‘We will continue innovating across our quality food and drink products to offer consumers a range of better-for-you choices.’

The alliance also recommends a 20 per cent levy on sugary drinks. 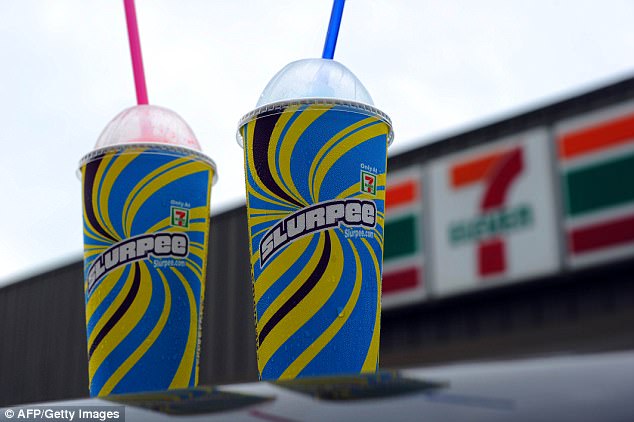