The explicit footage, which was uploaded to social media, allegedly shows underage members on two separate occasions on the Gold Coast and Sunshine Coast.

One of the videos allegedly featured a 15-year-old girl and a slightly older boy, while the second video reportedly showed two female ‘clubbies’ in a locker shower room.

A series of complaints from other club members, who saw the footage online, brought the issues of the locker room behaviour to the surf lifesaving organisation’s attention.

One surf lifesaving insider told The Courier Mail the video of the boy and girl, who are thought to be 15 years old, featured a ‘sexual act on the tape’.

‘I believe she openly admitted it to a lot of people. She is a minor. It should be referred to police,’ the insider said.

Another club member told the publication the club allegedly has a bad reputation for filming explicit footage and then covering it up.

Several Sunshine Coast club members have also allegedly made complaints about similar occasions, where explicit footage was recorded and then shared on social media.

One of the complaints alleged that one of the club members was filmed dancing in the shower in her swimmers while another member ‘gave the finger’ to the camera.

‘They’re all taken inside the change rooms, which has a large sign on door banning the use of phones inside the rooms,’ the club member said.

The insider also claimed the club and the branch haven’t done anything to resolve the complaints – even though the videos are a breach of club rules. 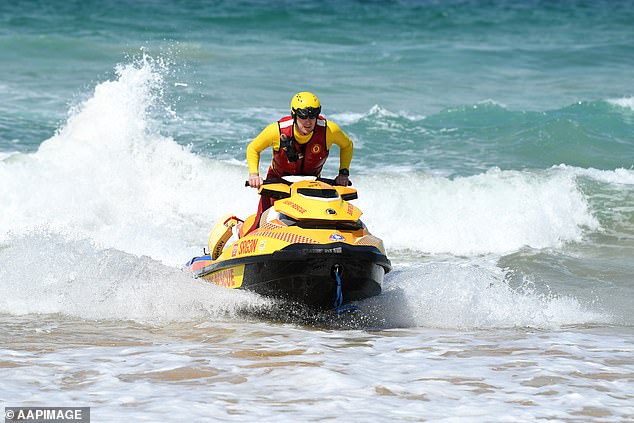 Several Sunshine Coast club members have also allegedly made complaints about similar occasions, where explicit footage was recorded and then shared on social media

‘Public profiles and pages reflect on the Surf Life Saving brand and can be seen by everyone, so please ensure only appropriate content is posted.

‘Avoid offensive jokes or images that contravene social media terms and conditions,’ the surf lifesaving organisation stated on its website.

A Surf Life Saving Queensland spokesperson said while they can’t discuss complaints regarding members, any alleged illegal or criminal activity must be reported to police. 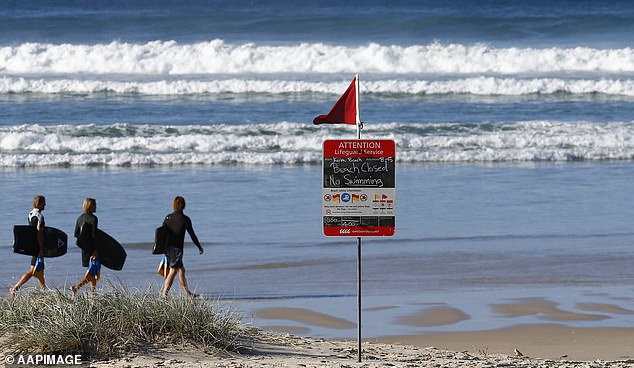 ‘We encourage anyone, member or otherwise, who has witnessed or has evidence of any alleged illegal or criminal activity to contact the police,’ the spokesperson said.

A Queensland Police Service spokesperson confirmed there hasn’t been an official complaint regarding the Gold Coast incident reported to police.

Tyrone Phillips and Liam Coleman were two Penrith Panthers players who got caught up in a sex tape scandal involving an explicit video allegedly featuring players.

The video was the second to be leaked online in less than a week, after videos allegedly featuring Panthers player Tyrone May were revealed.