A ‘before and after’ photography project in the Patagonian mountains using images taken in 1913 and modern day equivalents exposes the dramatic impact global warming is having on the world.

Explorers Cristian Donoso has dedicated the last 24 years of his life to exposing the dramatic effect of climate change on nature.

As part of a 2018 project called ‘Ice Postcards’ he, along with co-author Alfredo Pourailly, tracked down locations first captured by explorer Alberto de Agostini in the early 20th century to show how the landscape has changed. 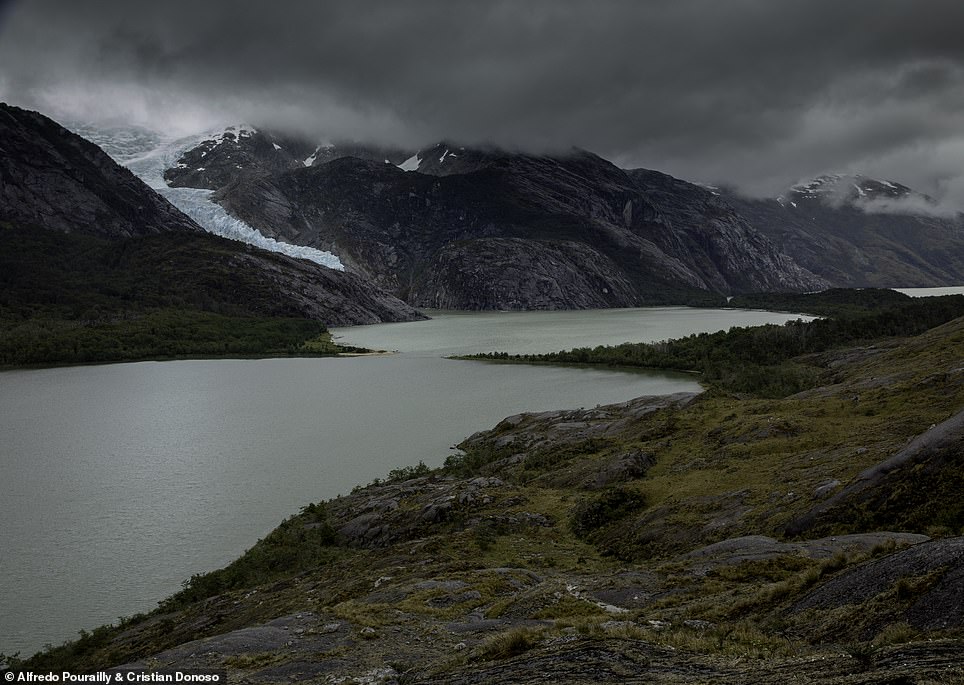 These two pictures were taken at the same location and at the same time of year, but one was in 1913 and one was in 2018. They demonstrate the alarming physical impact of global warming on ice caps around the world 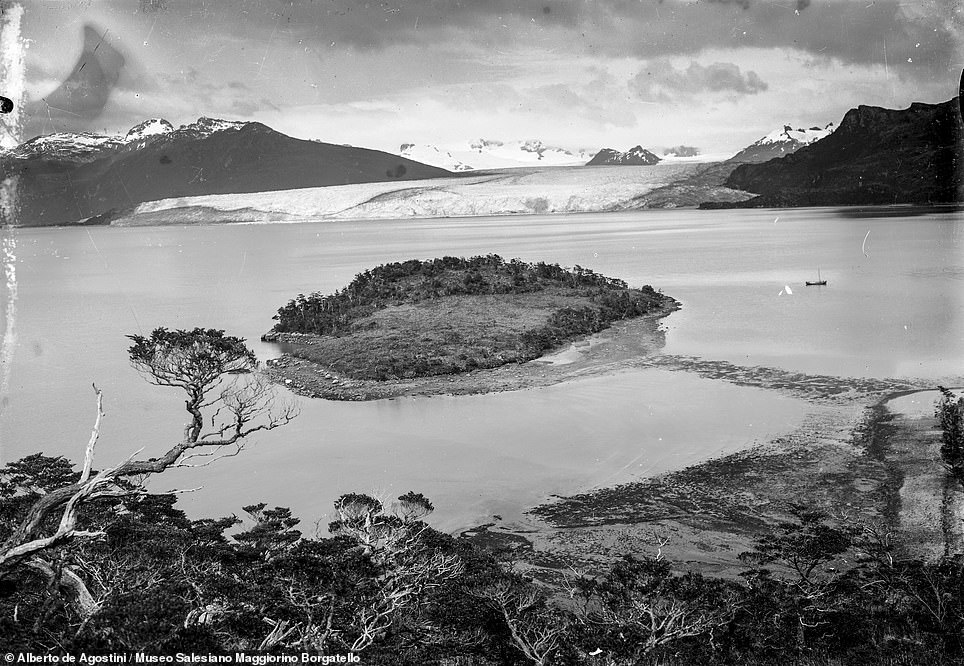 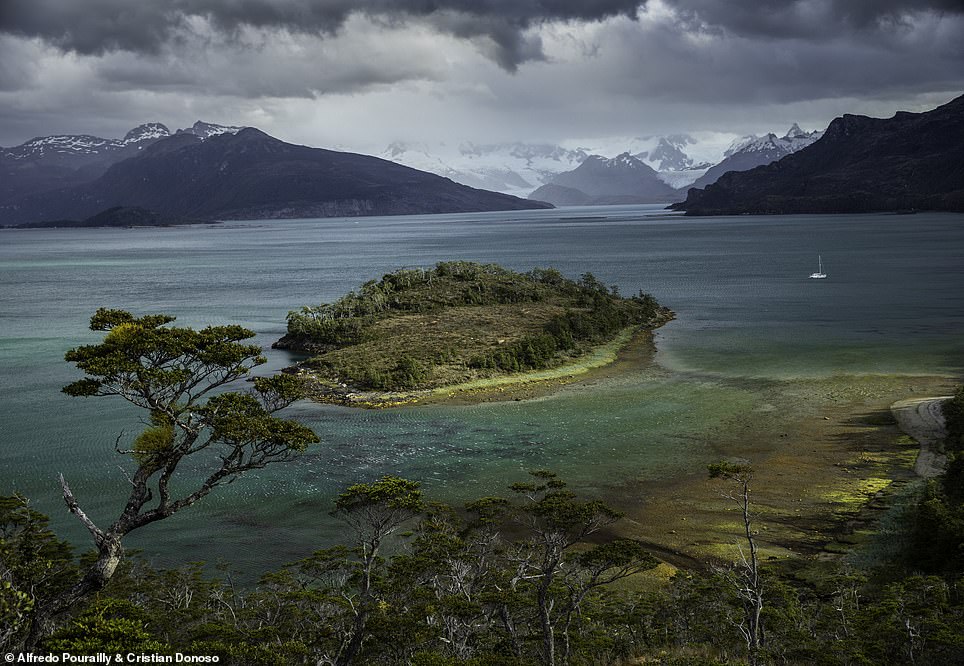 Chilean explorer Cristian Donoso has dedicated the last 24 years of his life to exposing the impact of climate change in a stunning photography project. These pictures in Patagonia reveal the loss of ice since 1913

The personal mission to draw attention to the impact of global warming began for Mr Donoso in 1996 when he was venturing through the wilderness of the Patagonian mountains.

Speaking to CNN, he said: ‘When you are on an expedition you must connect strongly with nature, open your senses to the fullest, because your survival depends on it.

‘And in that survival, you are deeply aware of the natural world, you marvel, and your soul tells you that this is extraordinary.’

Since that revelation, he has embarked on more than 50 expeditions all around the world to capture the current state of the planet and compare it with yesteryear.

They tracked down locations of images taken by Alberto de Agostini, who regularly frequented the glaciers and took more than 11,000 photos.

The expedition was funded by a Rolex Explorer Grant by The Explorers Club.

Jagged ice flows dominated the early images, but many of these have either vanished or dwindled by 2018.

Patagonia is a harsh environment and is home to the largest body of ice in the southern hemisphere, outside of Antarctica.

Side-by-side comparisons of modern images with their historical equivalents lay bare the horrific impact climate change has had on this region.

‘It was much more dramatic than what we believed would be the case,’ Donoso told CNN.

The explorers hope that their images will inspire people to tackle climate change and preserve the only planet we have left. 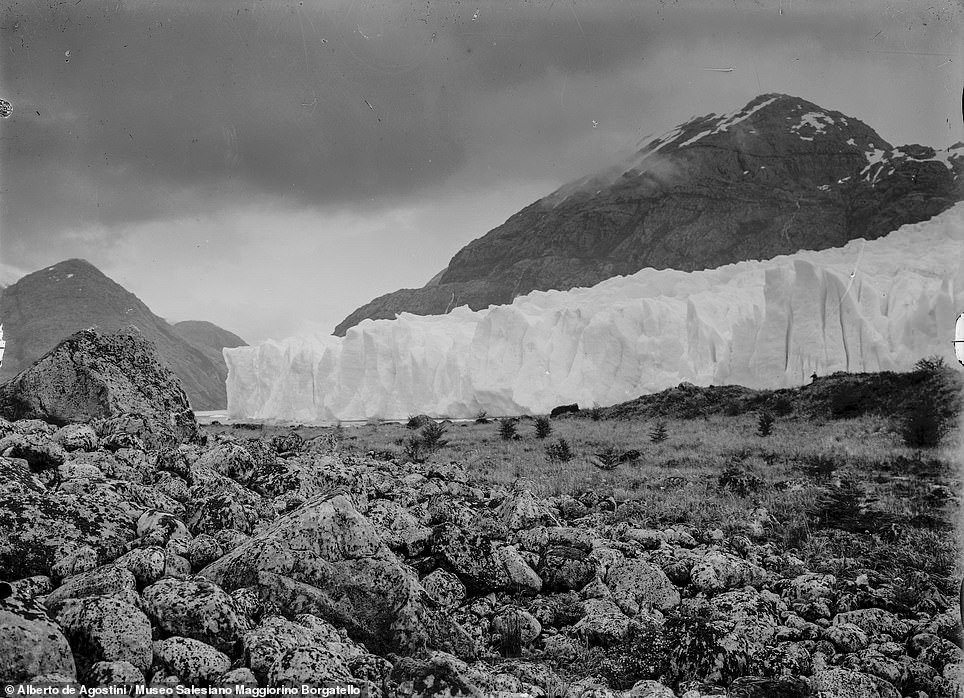 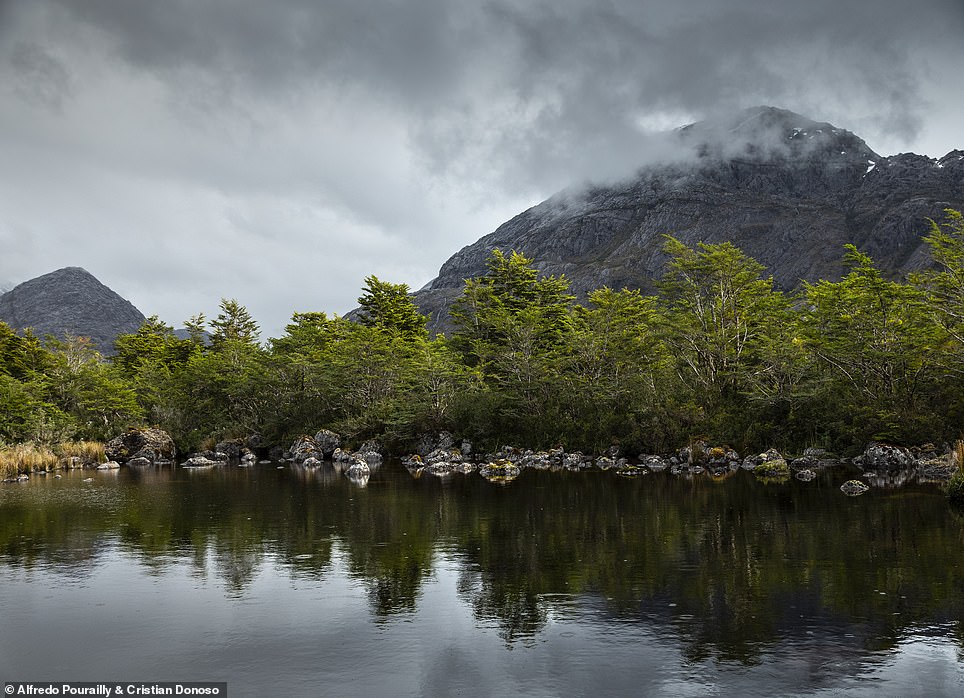 Pictured, the jutting the Negri glacier terminus, captured by de Agostini in 1913 (left) and how the same patch of land looks at the same time of year today

The 2018 image from Donoso and Pourailly (right) of the Marinelli glacier shows the ice has receded more than six miles (10 kilometers) since 1914, when it was captured on film by de Agostini

Climate change ‘could wipe out polar bears in 80 years’

Most polar bear populations are at risk of dying out by 2100 as their natural habitat of Arctic sea ice is diminished by global warming, a study warns.

A damning piece of research claims the predators will be forced to migrate on to solid land, where hunting will be impossible for them.

As a result, the bears will be forced to survive on their fat reserves, an unsustainable option for the world’s largest carnivore.

The study claims that almost all polar bear cubs face some form of starvation by 2040, with many adults also experiencing reproductive stress in just 20 years’ time.

Donoso is currently on another expedition by kayak, dubbed Forgotten Footsteps, which builds upon the success of his 2018 project.

This started in January and will retrace the expeditions of Rockwell Kent, an explorer who painted the landscape of Tierra del Fuego, Patagonia in the early 20th century.

His trips are designed to minimise his carbon footprint by using modes of transport that are environmentally-friendly, such as kayaking or sailing.

Satellite imagery recently revealed that two ice caps in Canada have disappeared due to global warming.

Images taken by NASA in 2015 and 2020 reveal how they have disappeared in just half a decade.

Mark Serreze, director of the National Snow and Ice Data Center studied the St. Patrick Bay ice caps in some capacity since the 1980s.

He published a scientific paper in 2017 that stated if greenhouse gas emissions are not curbed, the ice caps would vanish within five years. He was correct.

Earlier this year, Antarctica experienced its hottest temperature on record, with an Argentinian research station on the frozen continent clocking a balmy 18.3°C (63.5°F).

Records at the base in Hope Bay, Trinity Peninsula, began in 1961 and the announcement was shared by the World Meteorological organisation (WMO).

The record-high temperature is around the same warmth as an average June day in Nottingham, UK, according to figures from the Met Office.