The discovery of the Titanic was initially a mission designed to trick the Soviet Union into thinking that the U.S. military was searching for two missing nuclear submarines.

The Titanic, the luxury ocean liner which tragically sank to the bottom of the North Atlantic Ocean after colliding into an iceberg on April 15, 1912, was found on the ocean floor by a team led by Robert Ballard in 1985.

Three years before the discovery, Ballard was a naval intelligence officer and oceanographer who was developing his own remote-control underwater vehicle.

But he was running out of money and he needed funding, according to CBS News.

So he asked the Navy’s Deputy Chief of Operations Ronald Thunman.

‘He said, “All my life I’ve wanted to go find the Titanic”,’ Thunman said.

‘And I was taken aback by that.

‘I said, “Come on, this is a serious, top secret operation. Find the Titanic? That’s crazy!”’

Thunman agreed to fund the Titanic expedition on one condition – that Ballard use the money and the time to also locate two nuclear submarines that went missing in the Atlantic in the 1960s. 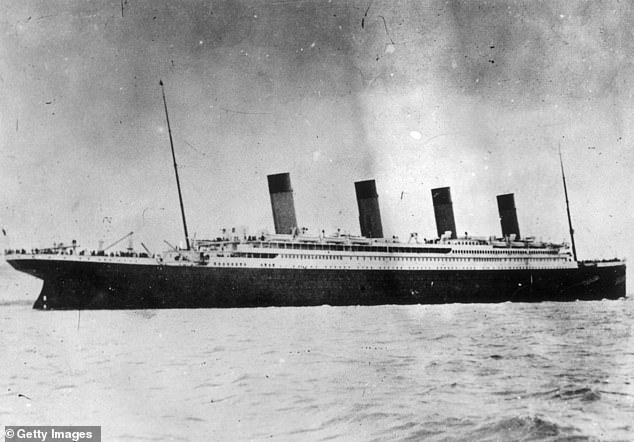 The Titanic was the luxury ocean liner which tragically sank to the bottom of the North Atlantic Ocean after colliding into an iceberg on April 15, 1912

On April 10, 1963, the USS Thresher sank during deep-diving tests more than 200 miles off the coast of Boston. All 129 crew and shipyard personnel died.

Five years later, 99 crewmen died when their submarine, the USS Scorpion, mysteriously disappeared near the Azores, a Portuguese archipelago some 1,000 miles west of the European continent.

The story sounds similar to the plot line from the 1990 film The Hunt for Red October, Ballard said, because the Navy didn’t want the Russians to know that he was looking for the downed nuclear submarines 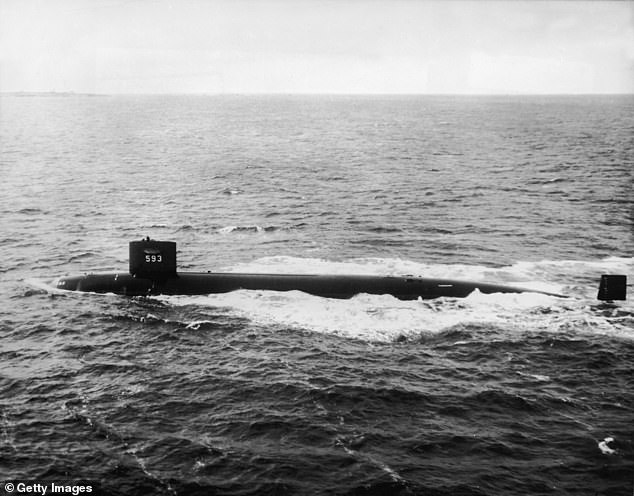 It was later learned that Ballard used the Titanic mission as a cover story for a top secret assignment – to locate two missing nuclear submarines. One of them, the USS Thresher, is seen in the above file photo 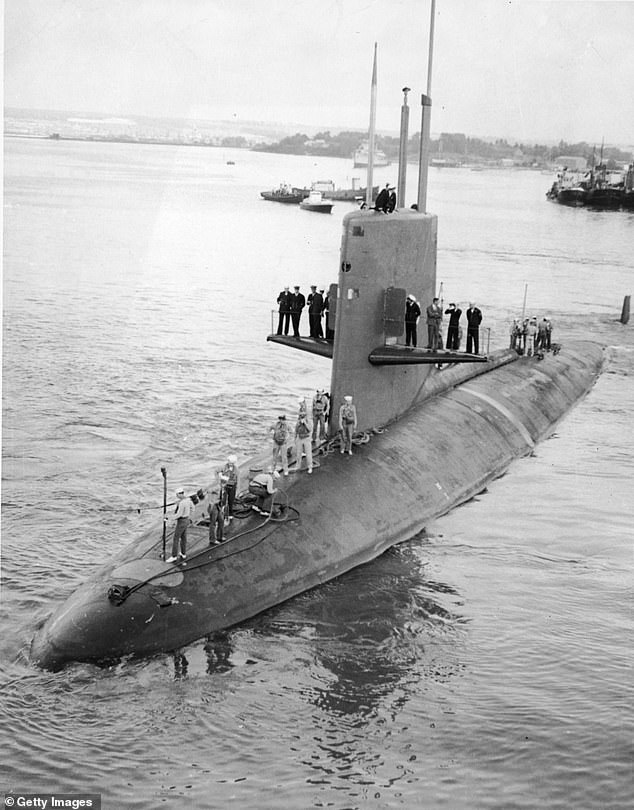 In 1968, 99 crewmen died when their submarine, the USS Scorpion, mysteriously disappeared near the Azores, a Portuguese archipelago some 1,000 miles west of the European continent. The Scorpion is seen above in Portsmouth, England on May 10, 1960

Ballard said he needed the Titanic story as subterfuge.

‘And so I said, “Well, let’s tell the world I am going after the Titanic”.’

Ballard managed to find the Thresher and the Scorpion, but it took him longer than expected.

So he only had 12 days left to search for the ruins of the Titanic.

‘I learned something from mapping the Scorpion that taught me how to find the Titanic: look for its trail of debris,’ Ballard said.

It took him eight days to locate the ship, whereas others searched for nearly two months and didn’t find it, Ballard said.

In the final four days before his mission was up, Ballard did underwater filming of the Titanic’s wreckage. 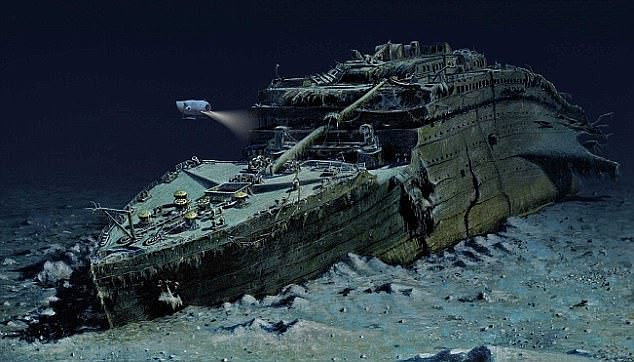 Of the estimated 2,400 who sailed on the Titanic when it left port at Southampton for New York City, more than 1,500 died. The remnants of the Titanic are seen above on the floor of the North Atlantic Ocean

He said that his team’s mood changed quickly as it got closer to the wreckage site.

‘We realized we were dancing on someone’s grave, and we were embarrassed,’ Ballard said.

‘And we became sober, calm, respectful, and we made a promise to never take anything from that ship, and to treat it with great respect.

‘You don’t go to Gettysburg with a shovel. You don’t take belt buckles off the Arizona.’

Of the estimated 2,400 who sailed on the Titanic when it left port at Southampton for New York City, more than 1,500 died.

The ocean liner is the subject of a new exhibit, Titanic: The Untold Story, at National Geographic Museum in Washington, D.C.