The London fire brigade, cladding firms and Tony Blair are responsible for the Grenfell tragedy, a major expose has claimed.

Then housing minister Sajid Javid failed to deal with the aftermath properly and promised all families a house even though other accommodation may have been more suitable.

And Jon Snow, the TV news presenter, is blamed for whipping up a frenzy with his emotional questioning directly after the event.

However, Tory Kensington and Chelsea’s council leader, Nicholas Paget-Brown, who fell on his sword over the tragedy, was not to blame for it. The expose exonerates the councillor despite him previously being at the centre of criticism.

The claims are made by journalist Andrew O’Hagan who has spent months investigating Grenfell and has now published a 30,000 word expose in  The London Review of Books

The piece – written to coincide with an inquiry hearing testimonies about the victims in central London – is a damning round-up of the failings that fuelled the lethal chaos of June 14 2017 and these are its main players:

Aside from not ordering a full evacuation until two hours into the fire, the firefighters were also ill-equipped.

Due to them being issued with oxygen packs of ‘standard duration’ as opposed to the extended packs required in the face of such a disaster, few of the firefighters made it past the 20th floor.

The London fire brigade, cladding firms and Tony Blair are responsible for the Grenfell tragedy, the expose claimed The response by the fire brigade to the Grenfell Tower inferno was riddled with blunders, a damning expose claimed on Wednesday

The main control room in Wimbledon, South-West London, was undergoing maintenance, therefore some of the 800 emergency calls received were diverted to Stratford in the east of the city or as far away as Kent and Newcastle when lines were busy.

Staff initially believed the fire had been put out and were confused when they received 999 calls from residents who said it had spread.

As they could not see the West London tower, they had to rely on social media images to comprehend the scale, it was claimed.

One of the fire’s victim’s, Denis Murphy – on the 14th floor – was told to stay inside his flat. In the early stages of the blaze, many could have made for the stairs had they received different instructions.

By 1.30am, Mr Murphy’s flat was full of smoke. The tall ladders needed to rescue people high up in the tower aren’t readily available in London and the first one arrived more than 30 minutes after the first call to emergency services. Everyone who died in the fire died above the tenth floor.

Before Blair became prime minister, the home secretary had to approve to closure of any fire station in the country.

But New Labour’s adoption of Thatcher-inspired deregulation to appeal to a new kind of voter extended to fire-fighting services. Under Blair, ‘half the fire cover within four miles of Grenfell Tower’ vanished in five years, writes O’Hagan. 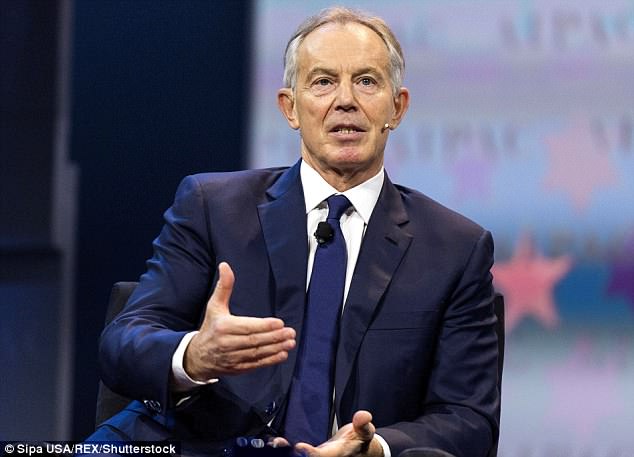 Under Tony Blair, ‘half the fire cover within four miles of Grenfell Tower’ vanished in five years

The loose attitude to closures meant the number of experienced firefighters available in the capital was constantly under threat and has been ever since.

Labour’s deregulation also made it easier for big players in the construction industry to ‘flout regulations and fake tests and call it normal practice’. At this stage, O’Hagan argues, ‘the marketing of insulation products is notably misleading and contractors are known to use combinations of products that have not been tested together’.

It is these kinds of safety failures that are believed to have been behind the fire at Grenfell Tower.

This combination – used across hundreds of towers in the UK – required testing before being placed on said buildings. But O’Hagan argues that the BRE’s desire to keep government and industry bosses happy was the main focus of research into industry standards. One researcher said ‘it was a scandal waiting to happen’ and said a loose attitude to safety allowed companies to flood the market with ‘lethal products’.

The same insulation used at Grenfell was not tested ‘in situ’ but at a remote desktop, yet was still able to pass tests.

At the time of the fire, the now Home Secretary was head of the Department for Communities and Local Government, which funded the Building Research Establishment (BRE).

The body conducts fire safety research and aims to influence building controls. For many years, O’Hagan argues, government has been funded the researchers to say what the industry wants to hear. Critics say the BRE has allowed cladding firm to put lethal products onto the market. 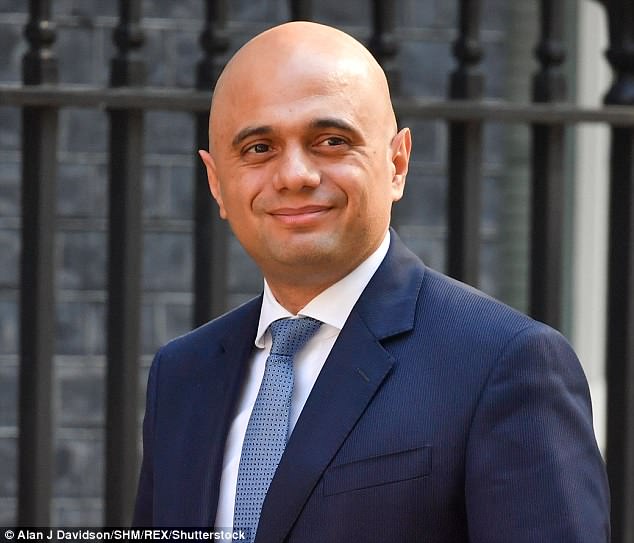 Javid is accused of being ‘the opposite of helpful’ by a Tory councillor, who said he jumped in and out with little applicable knowledge urging people to buy properties off Rightmove 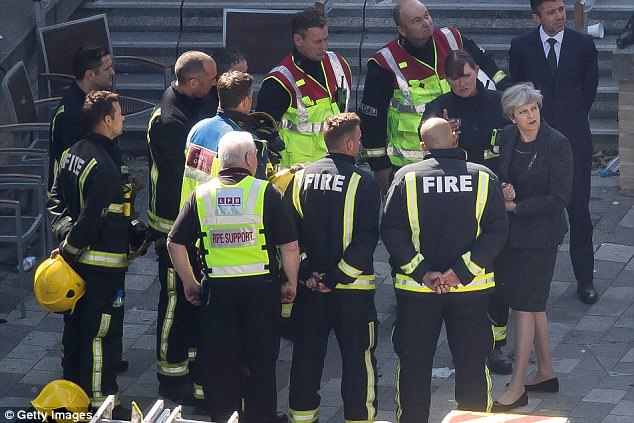 Pictured: Theresa May speaks to Dany Cotton, Commissioner of the London Fire Brigade as she visits Grenfell Tower, on June 15, 2017

After the fire, Javid is accused of being ‘the opposite of helpful’ by a Tory councillor, who said he jumped in and out with little applicable knowledge urging people to buy properties off Rightmove.

Housing Officers in Kensington and Chelsea were baffled by his promises in a city with huge housing shortages and waiting lists. They accused the apparently daunted minister of believing it was just a case of throwing money at the problem.

The left-wing news reporter is criticised in the report for bringing up the issue of gentrification as Grenfell still smouldered.

Interviewing council leader Paget-Brown, the veteran reporter asked: ‘Can you guarantee that the poorer people who are moved out of here will not be replaced by rich people being built fancy new flats to replace it?’ 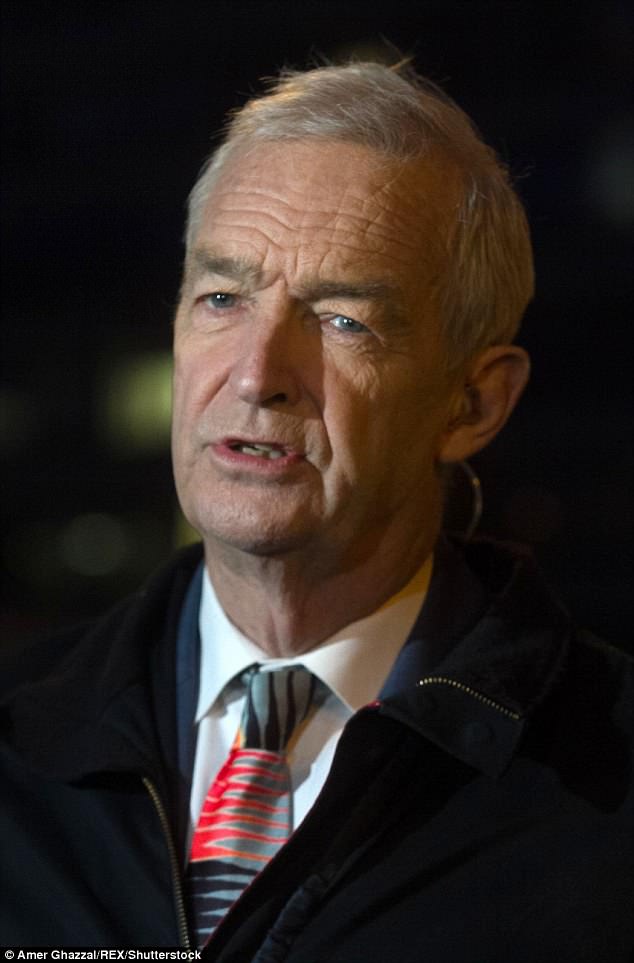 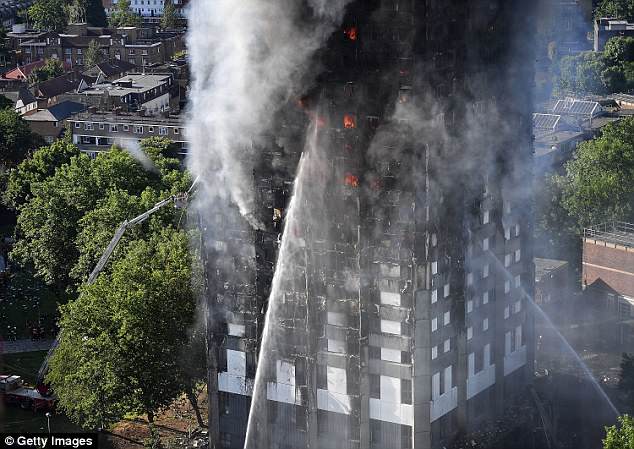 The biggest error was the failure of fire chiefs to order a full evacuation of the building for almost two hours after the start of the blaze, according to the report

The council leader called it an awful allegation, but Snow pressed on, arguing that he was simply sticking up for the poor people in one of London’s most affluent areas.

O’Hagan calls this approach ‘well-meaning colonisation’. He argues that Snow’s corporate manslaughter angle was fuelled by a rush of personal conviction that overwhelmed the doubt news gatherers should operate.

He says that today’s news cycle thrives on feelings as opposed to professional scepticism and argues that Snow’s zeal for his particular interpretation clouded his objectivity.

In the week that followed the fire, Theresa May’s Tory government distanced itself from the West London council that was run by the same political party.

The prime minister said support for the survivors had not been good enough and O’Hagan argues council leader Nicholas Paget-Brown was hung out to dry.

Paget-Brown, who resigned two weeks later, cannot be held responsible for the cladding used, nor the difficulties of housing people during the fire’s aftermath in a capital caught in the middle of a housing and homelessness crisis, the writer states. 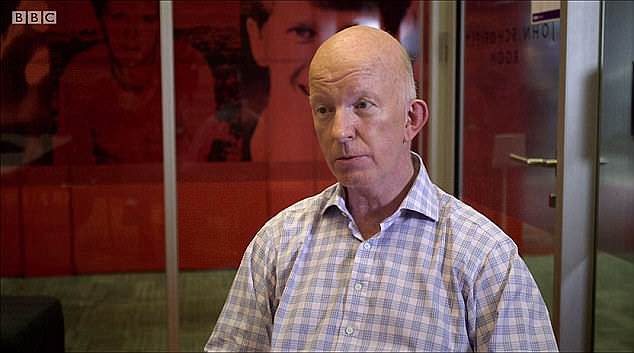 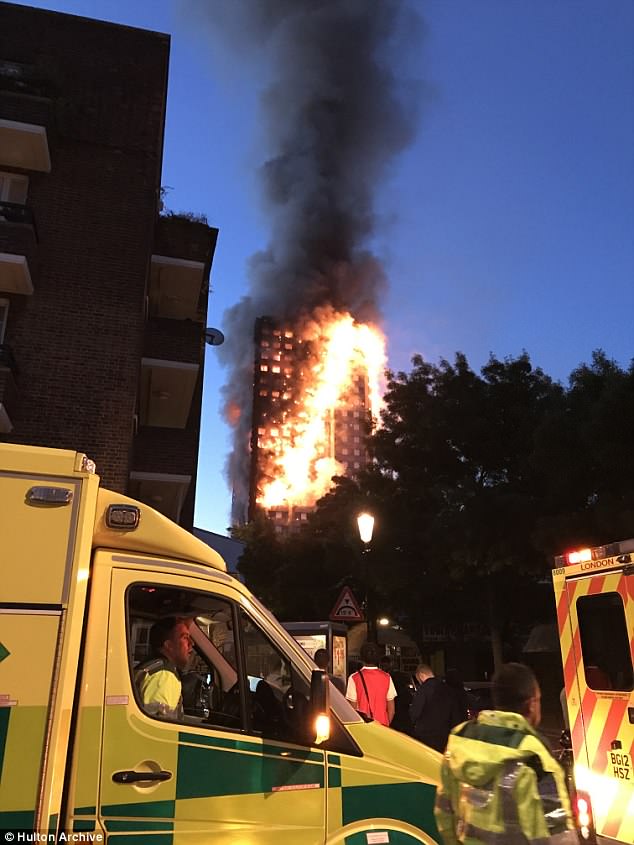 The excoriating report by Andrew O’Hagan, which was published in the London Review of Books, blamed Labour and Tory governments for failing to tackle regulations surrounding social housing 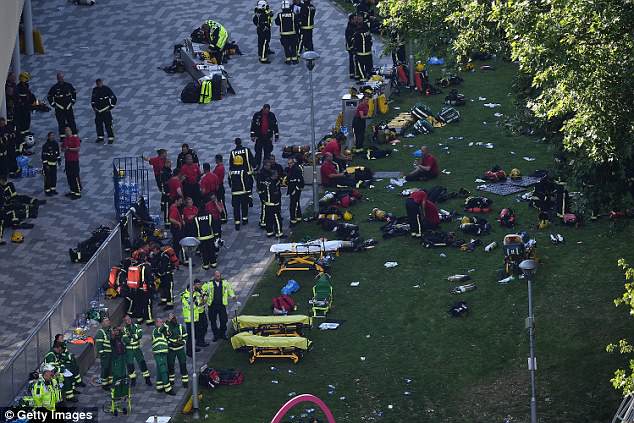 He also criticises the prime minister’s assertion that people were left without shelter when hotel rooms were assigned to those in need straight away.

Mrs May said she as chairing something called the Independent Grenfell Recovery Taskforce – something she’d failed to mention to Paget-Brown when she spoke with him the previous Friday.

She said that a ‘command centre’ would be overseen, but one was already in place. 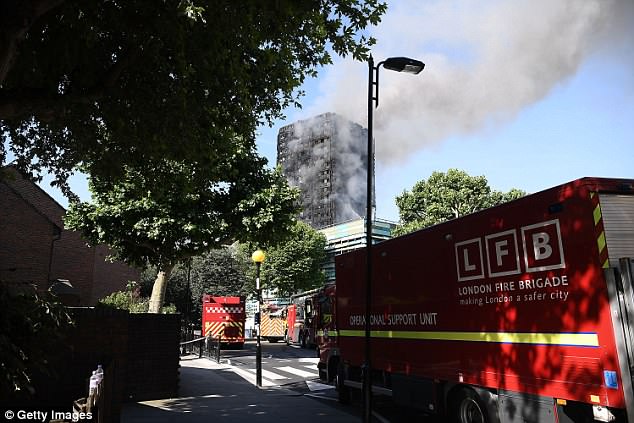 It found that the main control room in Wimbledon, south London, was undergoing maintenance and emergency calls were diverted to Stratford in east London

Then she echoed Sajid Javid, announcing that everybody displaced would be rehoused within three weeks.

Rather than defending himself and pointing out the hundreds of other towers across the country that used the cladding, Paget-Brown stepped down.

O’Hagan writes that the leader felt it would be undignified to fight his corner while the people of his community was grieving over such profound loss.