Getting out in the sun can boost your libido, according to a new study, that found more exposure to sunlight releases higher levels of sexual hormones.

When they were asked to avoid sunlight for two days, then sunbathe for 25 minutes, both the male and female volunteers were more sexually excited, they found

They also discovered that UV exposure boosted levels of sexual hormones, and also increased testosterone levels in the men, making them more aggressive.

In the future this new discovery may lead to practical applications, such as UVB treatments for sexual hormone disorders, the team explained.

But they warned that a lot of research is required before any treatment can be designed, and said people should be careful about too much exposure to the sun.

Getting out in the sun can boost your libido, according to a new study, that found more exposure to sunlight releases higher levels of sexual hormones. Stock image

WHAT IS LOSS OF LIBIDO?

Loss of libido is a reduced sex drive.

Past research suggests it affects nearly half of all women at some point in their lives.

It is often linked to relationship issues, stress or tiredness, but could also indicate an underlying health problem.

Sex drives vary person-to-person with no libido being ‘normal’, however, if it is affecting your relationship, it may be worth seeking help from a GP or psychosexual therapist.

Before experimenting on humans, the team exposed animals to sunlight, and found that the female hormone levels ‘rose significantly,’ and led to enlarged ovaries.

They also found the attraction between males and females increased, and both were more willing to engage in sexual intercourse, even out of normal rutting season.

Study author, Professor Carmit Levy said scientists have known for years that UV radiation from sunlight increases testosterone levels in males and plays a role in both the behavioural and hormonal regulation of sexuality in mammals.

However, the mechanism responsible for this regulation remained unknown, so the Israeli team created their experiments to uncover the details.

They then removed a protein from the skin of the animals called p53, that identifies DNA damage and activates pigmentation changes during sunlight exposure.

The removal of p53 eliminated the effect of UVB exposure on the animals’ sexual behaviour, showing that exposure to radiation through the skin was the cause of the hormonal, physiological and behavioural changes.

They also found that the protective system, through the protein p53, is responsible for the regulation of sexuality in response to sunlight.

The last stage of the study included 32 human subjects, who filled out questionnaires on behaviours of romantic passion and aggression.

Treated with UVB phototherapy, both the men and women showed a rise in romantic passion – with a higher libido and increased interest in having sex.

The male volunteers were also more aggressive than before being exposed to the UVB phototherapy – where they are exposed to UV radiation similar to sunlight.

Similar results were found when the subjects were asked to avoid sunlight for two days, and then tan themselves for approximately 25 minutes.

Blood tests revealed that exposure to sunlight resulted in a higher release of hormones like testosterone compared to one day before exposure.

‘The skin contains various mechanisms for dealing with radiation from sunlight, and one of these is the p53 protein,’ said Professor Levy.

‘We must remember that exposure to UV is dangerous, and can damage the DNA, as in the case of skin cancer. 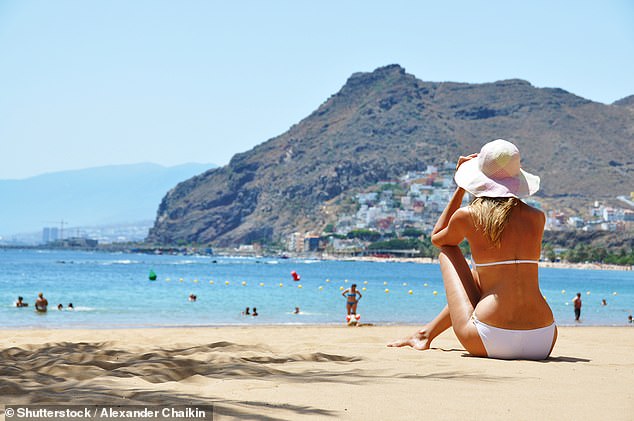 ‘At the same time, two built-in programs in the skin, activated following exposure to sunlight, are in place to protect against DNA damage: the DNA repair system and pigmentation, namely the suntan, based on degree of exposure.

‘By activating both systems, the p53 protein regulates the level of DNA damage. In our study we found that the same system also activates the endocrine system of sexuality and potentially breeding.’

‘We are only beginning to understand what this exposure does to us, and the key roles it might play in various physiological and behavioural processes. It’s only the tip of the iceberg,’ she added.

The findings have been published in the journal Cell Reports.