A protester stormed a Louis Vuitton fashion show at Paris Fashion Weektoday, walking down the catwalk to condemn the impact of excessive consumption on the planet,.

Audiences at the Paris Fashion Week show appeared unbothered by the action until the female protestor was  wrestled to the ground by security before being led away.

Her banner also included a logo for Extinction Rebellion France amid other climate activist groups.

A protester stormed a Louis Vuitton fashion show in Paris on Tuesday, walking down the catwalk to condemn the impact of excessive consumption on the planet, 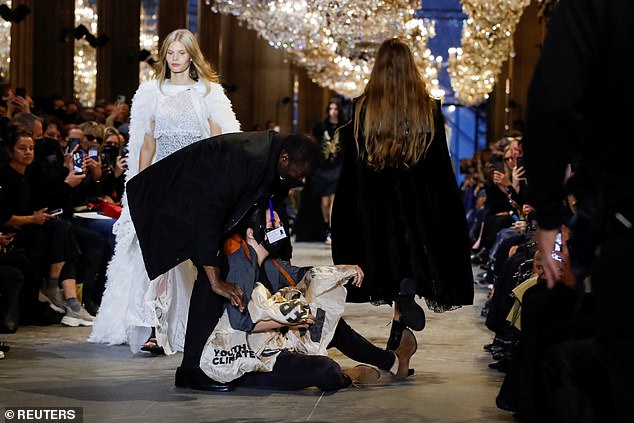 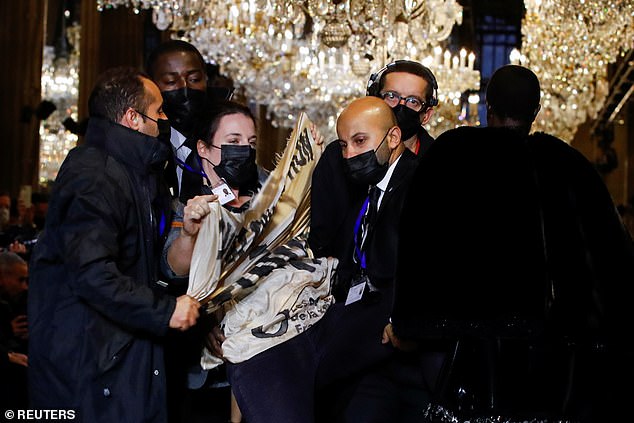 The female protester, who was wearing all black and face mask, was wrestled to the ground by security before being led away.

The group recently tweeted their objections to ‘excess’ in the fashion industry writing that French President Macron needed to ‘act now’.

‘It is urgent to ACT to reduce our carbon emissions!

‘The fashion industry accounts for up to 8.5% of global greenhouse gas emissions.

‘Now the @Gouvernement had opportunities to adopt ambitious regulations on this sector…but did nothing,’ they said.

The protest comes as environmental activists have caused havoc in the UK blocking major roads.

More than 100 Insulate Britain activists have been served with an injunction against road-blocking protests, the High Court heard today as members of the group held banners and demonstrated outside the building.

Protesters from the Extinction Rebellion offshoot have blocked major roads including the M25, M1 and M4 over the past three weeks, and three court injunctions have now been put in place but demonstrations have continued. 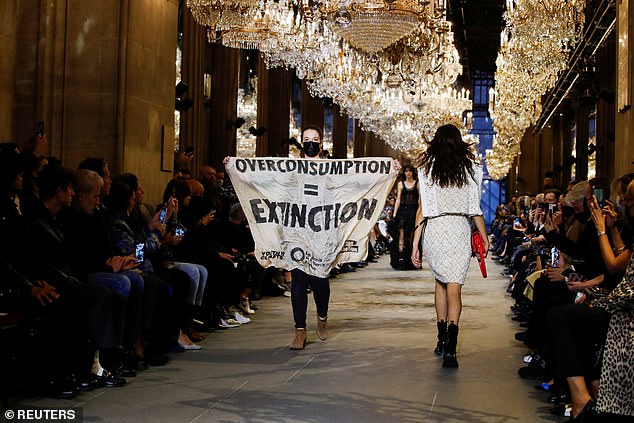 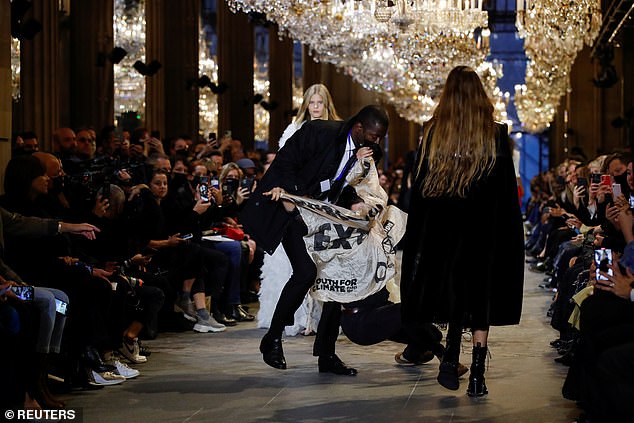 The protest (pictured) comes as environmental activists have caused havoc in the UK blocking major roads.

The original injunction, granted to National Highways on September 21, banned the demonstrations on the M25 and was followed by a second approved on September 24 which restricted protests around the Port of Dover.

A third injunction was granted on Saturday, banning them from obstructing traffic and access to motorways and major A roads in and around London – but this has not stopped the protests which again caused chaos yesterday.

The group, which is calling on the Government to insulate all homes across the UK by 2030 to help cut carbon emissions, has mostly focused on blockading the M25 but has sat down on other London roads since last Friday.

They have not yet carried out any road protests today, but their campaign of roadblocks caused fresh misery yesterday, as activists targeted three major sites of the Blackwall Tunnel, Wandsworth Bridge and Hanger Lane. 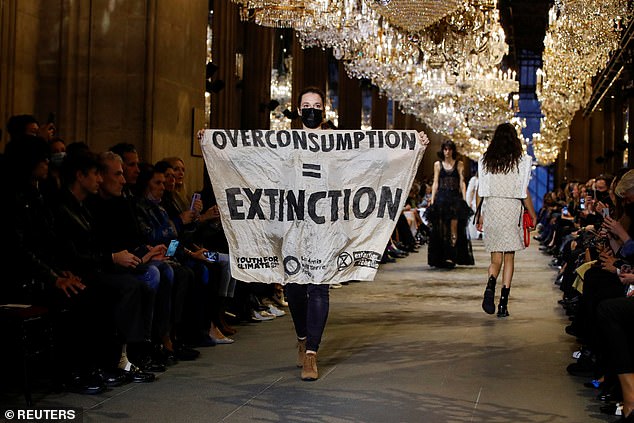 An activist walks on the ramp with a banner that says “Overconsumption = Extinction” as she crashes the Paris Fashion Week in Paris, France, October 5, 2021. REUTERS/Gonzalo Fuentes 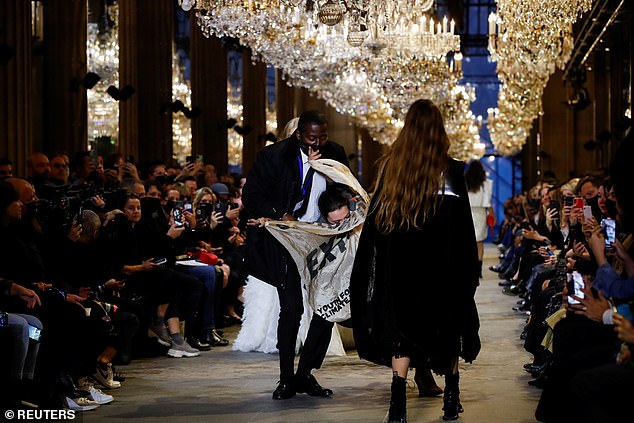 Another 38 protesters were arrested yesterday, and it comes as GB News presenter Patrick Christys said Insulate Britain were ‘a mentally unwell group of people who should be classed as a banned terror organisation’.

He quoted the Crown Prosecution Service’s definition of terrorism, which says: ‘Terrorism is the use or threat of action, both in and outside of the UK, designed to influence any international government organisation or to intimidate the public. It must also be for the purpose of advancing a political, religious, racial or ideological cause.’

He said: ‘So Insulate Britain are terrorists then, in my opinion. The police need to step in, not just to uphold basic law and order and make sure that the ordinary man and woman on the street doesn’t have their day massively disrupted, but actually I would argue to save Insulate Britain. I’m amazed none of them have been seriously hurt.’