Extraordinary footage has emerged of how outback farmers are grappling with a $100million problem destroying their livelihoods.

Boasting a population of 24million, there are almost as many wild pigs in Australia as there are people.

Initially brought to Australia by the First Fleet in 1788 as livestock, wild pig populations have grown over time and are now regarded one of the nation’s most destructive pest animals.

Disturbing footage from a trap set up by a farmer in Warialda in north-west New South Wales which netted 148 pigs in just one night has gone viral online and sparked a divisive reaction.

Many of the animals captured in the baiting trap were baby piglets, which sparked outraged outrage from shocked vegans and animal rights activists.

‘OMG let them go. Why are you guys so mean? They’re beautiful, harmless animals. You should be ashamed,’ one person posted.

Another added: ‘What happens to them? A lot of them are babies. Surely there’s not a lot of meat on them.’

Those who called for the trapped pigs to be released angered many others who commented online.

‘I don’t think people realise how damaging they are to the ecosystem,’ one wrote.

Another added: ‘Pigs destroy the habitat and destroy fences which allows baby lambs to run onto the roads and get run over by nasty car drivers that don’t see the baby lambs because the car drivers are on their mobile phones.’ 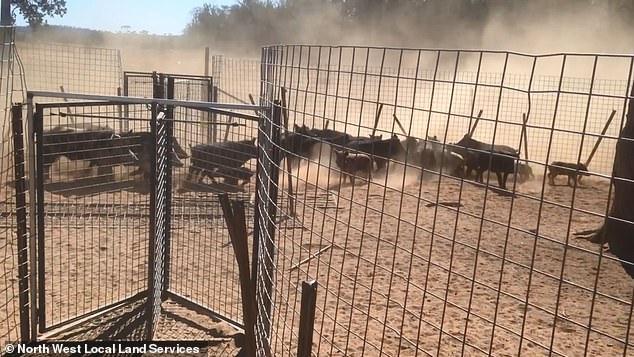 The Facebook video was shared by North West Local Land Services (LLS), which offered free grain for baiting and trapping for farmers as part of its inaugural Winter Feral Pig Program.

‘Winter is an ideal time to target feral pigs, as their demand for protein is heightened,’ a flyer states.

Around 120 farmers across the region took advantage of the program with LLS giving out 30 tonnes of free grain.

The pilot program has been so successful it may continue next winter.

‘Also, a lot of people are feeding stock … That attracts them in.

‘You have to get close to 90 per cent of them knocked down to get ahead of their reproduction rate.’ 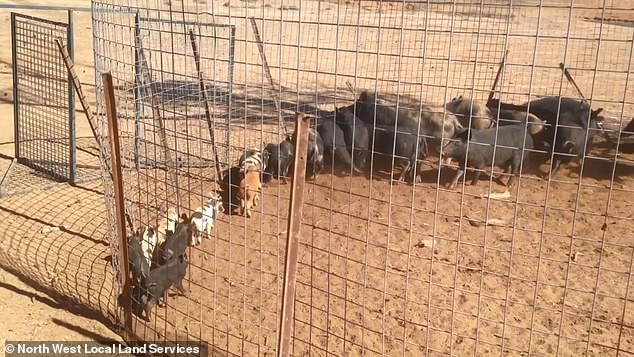 The footage shared online earlier this month has attracted more than 238,000 views along with thousands of shares and comments.

The video sparked a divisive reaction online, ranging from support for the farmer’s cull to shocked horror from others. 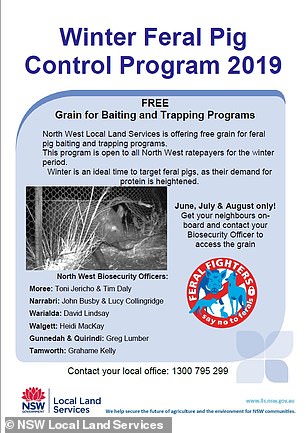 ‘Excellent cull. Imagine what a month of trapping will achieve. Good news for the farmers and the land,’ one person commented.

Others expressed concern for the pigs.

‘Scary to see so many from just one night’s trapping,’ one wrote.

Another added: ‘I am happy to see these captured but sad to acknowledge that these will just go into a hole in the ground. I am amazed that the average age is so young.’

The biggest wild pig population is in Queensland, where they are found in most areas of the state. 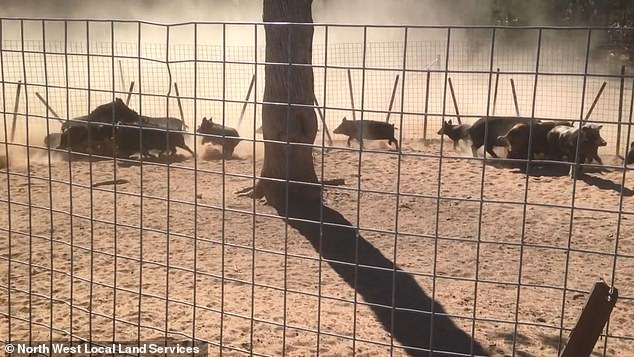 The trap sparked a divisive reaction, ranging from support for the framer to shocked horror

The website also lists a series of environmental, economic and social problems wild pigs cause.

They included preying on farmers’ livestock and native species, eating and damaging crops, destruction of pasture and carrying of diseases that affect native animals and even people.

‘Feral pigs are also known predators of various native invertebrates, reptiles and amphibians, and can also be a significant predator of livestock including goat kids and lambs.’ 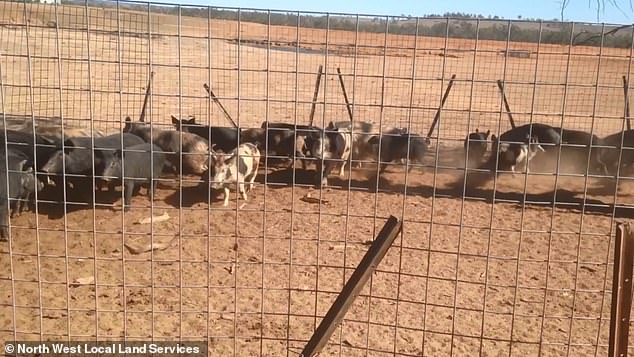 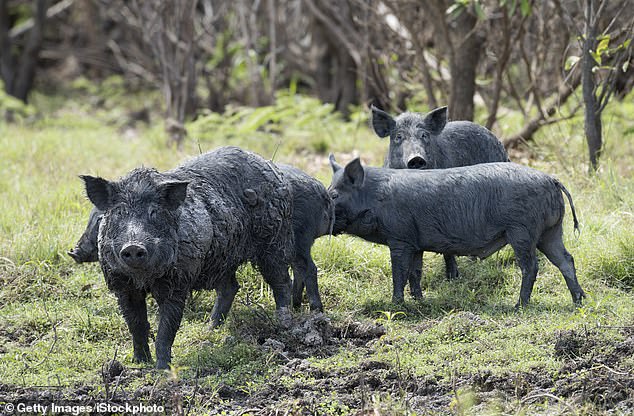 Pigs arrived in Australia with the First Fleet as livestock. They escaped as the population grew