A dam three times larger than Sydney Harbour has run nearly bone dry just three years after the reservoir was over capacity.

The Burrendong Dam in central New South Wales has fallen this week to just 1.6 per cent of capacity and modelling has forecast the town of Dubbo 100km to the north-west may run out of water by the middle of the year.

Further west in Cobar, the dwindling resources amid a severe statewide drought mean water supply to the small town is expected to run out by September.

The Burrendong Dam (pictured) in central New South Wales has fallen this week to just 1.6 per cent of capacity

With the dam’s resources almost exhausted, officials have been forced to rush to build more pumps closer to the base of the reservoir to access the remaining water.

‘It should be scary for a lot of people,’ Cobar council general manager Peter Vlatko told The Sydney Morning Herald.

Rain is forecast for this weekend, but University of New South Wales water scientist Stuart Khan said any rainfall would have little effect as the ground was so parched.

‘The soil is so dry at the moment it acts like a sponge,’ he said.

‘When that happens it takes a significant amount of rainfall to generate run-off.’

He added at least 40mm of rainfall was required to create substantial run-off into the dam.

Three years ago, the dam was overflowing at 120 per cent of its capacity (left) but has now run almost bone dry (right)

The low water levels have also forced energy provider AGL to close a hydroelectric station tied to the dam.

Three years ago, the dam was overflowing at 120 per cent of its capacity.

Satellite images in 2018 showed Burrendong Dam and its surrounding areas with significantly less water than in 1984. 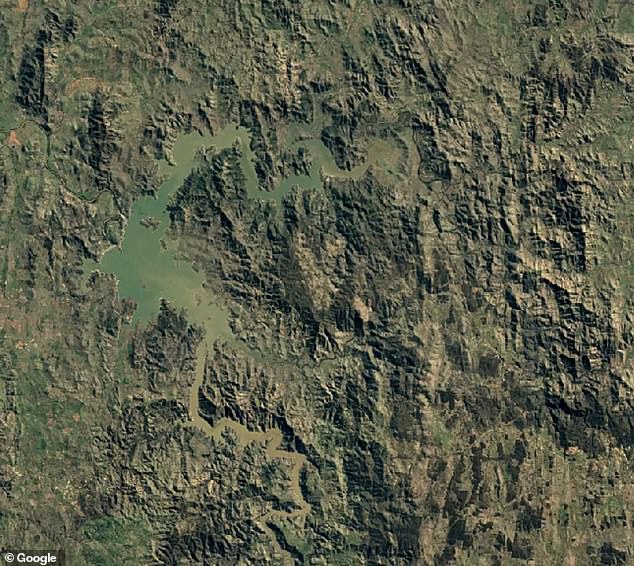 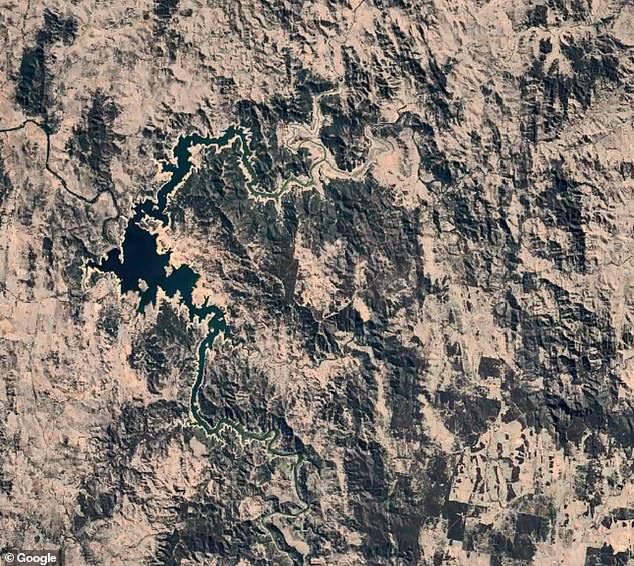 The green colour of the satellite map had also turned a much harsher shade of grey.

The worrying predictions come after Stanthorpe in Queensland’s Southern Downs – close to the NSW border – ran out of water amid the crippling drought.

The local dam for the town of 5,000 people has dipped to just 11 per cent of capacity, with those living in Stanthorpe limited to 80 litres of water per person a day.

Stanthorpe is now fully dependent on 42 truckloads of water a day brought in from a dam 60km to the north.