The moment a tiny white dog named Marley scared off two thieves who broke into her owners’ home has been caught on video.

Footage from a front porch camera captured the surprising moment two men broke into an elderly woman’s home and were chased out by the tiny dog.

The video was posted to Reddit with the caption ‘Thieves broke into my neighbours’ house at 5am yesterday morning.’

The footage showed two mean sneak across the porch and enter the home through the front door.

Barking was heard a few seconds later and the thieves ran out of the home with Marley chasing after them.

The men sprinted off the property and Marley stopped in the driveway to growl after them.

Marley’s elderly owner then stepped outside and called the dog back into the house.

Commenters were impressed with Marley’s bravery and praised the little dog.

One user wrote: ‘Marley has the heart of a lion in that little body.’

Another said: ‘The next time I feel like getting annoyed at a small dog barking, I’ll think of Marley.’

One commenter noted that Marley had ‘big dog energy’. 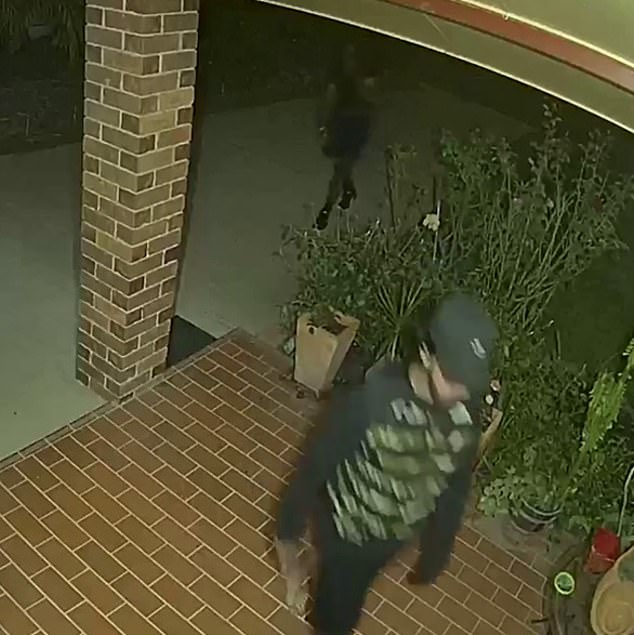