By Tom Sargeant and Kelsey Wilkie For Daily Mail Australia

The station is set to open in 2024. Contractors have completed the excavation stage of the build after two years of work.

In an update on October 1, Sydney Metro released images showing futuristic tunnels ready to be fitted out for pedestrian usage. 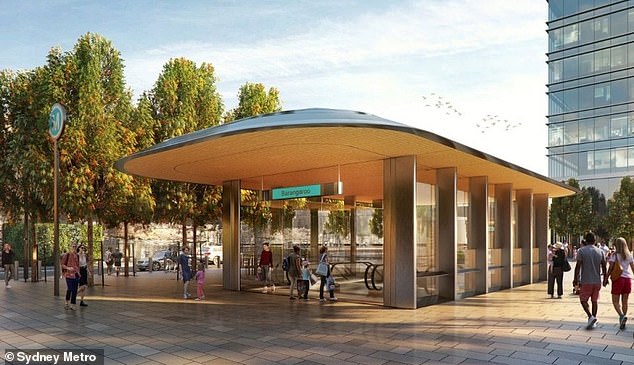 The station is set to open in 2024 and has now been handed to contractors to finish the project with platforms, lifts and escalators (pictured, the expected finished product)

‘Barangaroo Station is now ready for platforms, lifts and escalators following two years of excavation to a 30-metre depth,’ Sydney Metro said in a statement.

‘The tunnel builder John Holland CPB Ghella has handed over the excavated Barangaroo Station box to the next contractor, BESIX Watpac, to build the station.

‘About 650,000 tonnes of crushed rock – enough to fill 100 Olympic swimming pools – was excavated for the station and the adjacent crossover cavern, where trains will be able to swap tracks underground.’

The next stage of the build involves a $217 million contract, including the station fit out  starting in October as well as new facilities on Hickson Road in Nawi Cove. 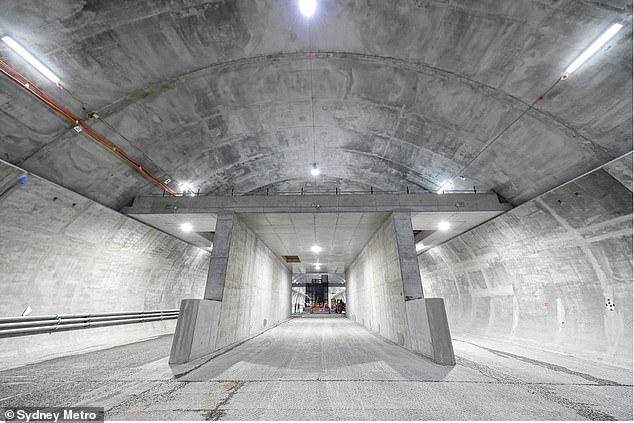 About 650,000 tonnes of crushed rock were excavated to create the new train station, which will also include new facilities on Hickson Road in Nawi Cove (pictured, the excavated tunnel) 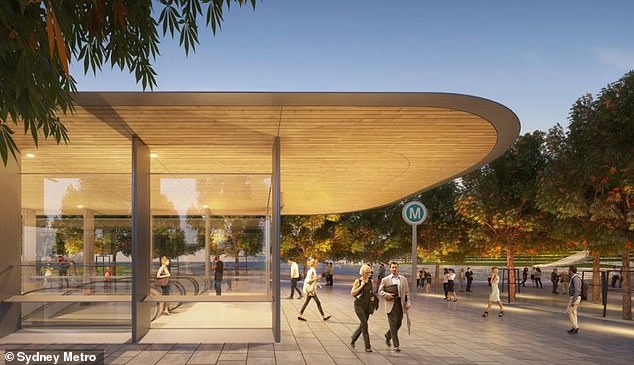 Footpaths, trees, lighting, bike parking and street furniture, as well as a new separated cycle link will be installed as a part of Barangaroo Station (pictured, the expected finished product)

Footpaths, trees, lighting, bike parking and street furniture, as well as a new separated cycle link will be installed.

‘The station will transform access to the Walsh Bay Arts and Cultural precinct, as well as providing easy access to nearby residential, commercial and entertainment areas and the ferry hub,’ Sydney Metro said in a March 15 statement.

The Barangaroo station also hopes to take pressure off Wynyard and Martin Place, two of the busiest stations in Sydney.

In October 2018 during the initial stages of the dig, a 180-year-old timber boat, which may be the oldest of its kind ever found in New South Wales, was unearthed. 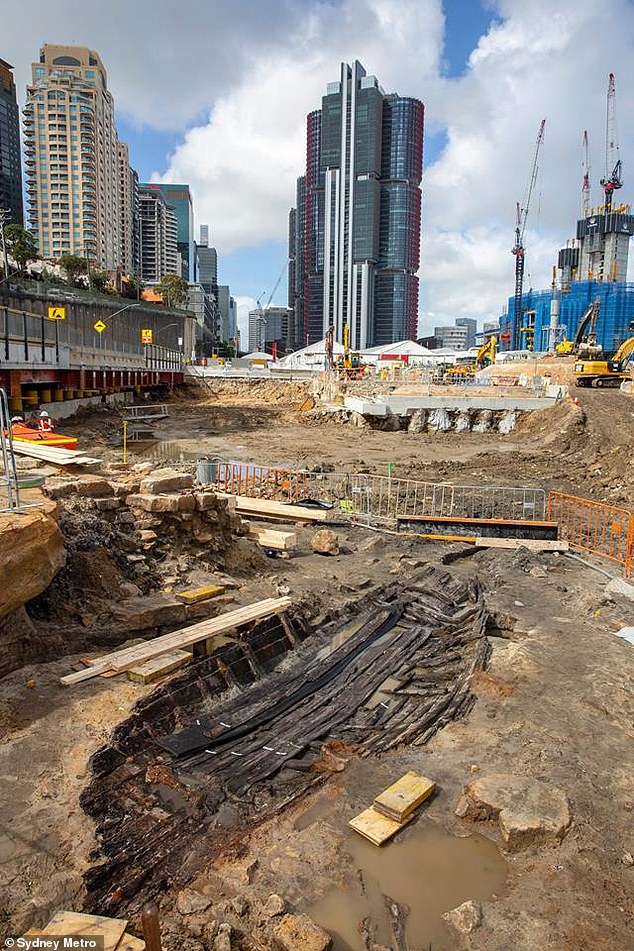 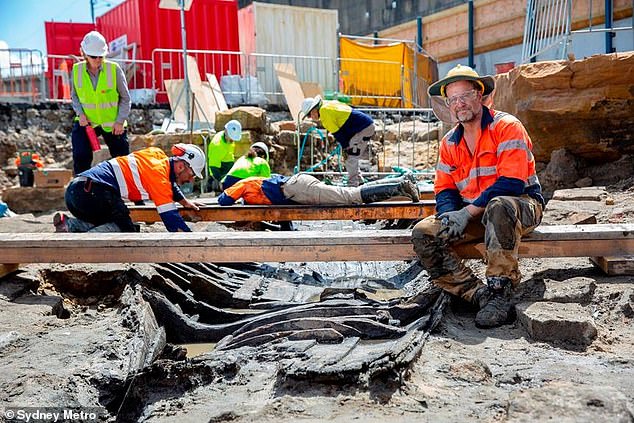 Maritime archaeologist Cosmos Coroneos said small boats like this would have been like the ute of the day, ferrying goods to different locations around Sydney Harbour

Experts believe the Australian-built, small European-style timber boat was constructed in the 1830s and was used to sail around Sydney and other settlements.

Maritime archaeologist Cosmos Coroneos said small boats like this would have ferried goods to different locations around Sydney Harbour and even up and down the coast to other settlements.

‘From what we can tell it was over-engineered, but its finish was rough,’ she explained.

‘This small vessel was designed to take on the big seas but not expected to have a long working life.’