Bonfire goers are being warned about the potentially blinding injuries that could occur as a result of fireworks, sparklers and flying debris.

A leading eye surgeon said accidents can cause corneal abrasions, ruptures of the globe of the eye, retinal detachment, and chemical and thermal burns to eyelids.

Ophthalmologist Daniel Ezra, from the world-famous Moorfields Eye Hospital in London, said that people should not be complacent because injury cases may seem rare.

He reminded people that every year in the UK ten people lose their sight due to fireworks. Furthermore, around 300 people annually suffer serious eye injuries during Guy Fawkes celebrations.

Additionally, he said many people mistakenly believe sparklers are harmless due to their size, but revealed they burn at 1,800℉ (982°C) – hot enough to melt gold. 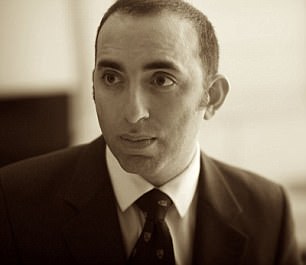 He said: ‘While the number of firework related eye injuries may seem fairly small, they occur year after year, indicating that there is a serious need to raise awareness of the type of injuries they can pose, especially to the eyes.

‘All of these injuries could cause long-term eye damage or severely affect your vision. And unfortunately, it happens more than you think.

‘Sometimes, the damage can be so severe that the eye needs to be removed.’

Do not rub, rinse or apply pressure to the injured eye, or remove any objects stuck in the eye. Pressure often does more harm than good when it comes to an eye injury.

For those who are lighting fireworks, you should always wear protective eye-wear with side shields to protect your eyes from injuries that can-do harm to your eyesight.

A good pair of eye goggles will protect you from even the most serious accidents.

Onlookers should also aim to wear eye protection as nearly half of people injured by fireworks are bystanders.

If sparklers are held too close to the eye, the hot embers can damage the cornea and permanently affect the vision.

Always supervise children using sparklers – the Royal Society for the Prevention of Accidents (RoSPA) do not recommend giving sparklers to children under five.

A school boy was blinded by a ‘freak accident’ when a firework exploded in his face at a public bonfire display last year.

Tyler Norris-Sayers, from Burnley, was knocked to the floor aged 10 when the rocket hit him and set him on fire.

The youngster, now 11, suffered horrendous burns to his right eye after the firework hit his face when it tipped over during an organised display and flew into the spectating crowds. 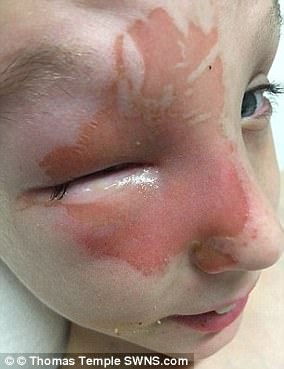 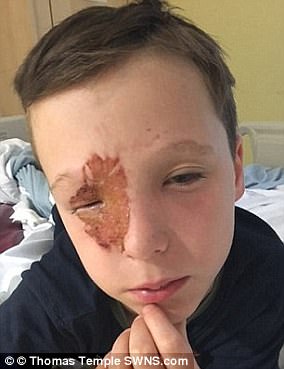 Tyler can only see light and shapes and doctors are unsure if his eye will fully recover.

An investigation by Lancashire County Council found the railway club was to blame, but has since advised his mother that there will be no compensation to pay for any treatment.

His mother Nicola Sayers, 38, an accounts manager, said she did not blame anyone for what she described as a ‘freak accident’ – but warned other parents to take extra care with their children during festive season.

She said: ‘Obviously accidents do happen – but would I tell other parents to keep an eye on their children, especially around fireworks.

‘People have told me similar things with fireworks and horror stories.’